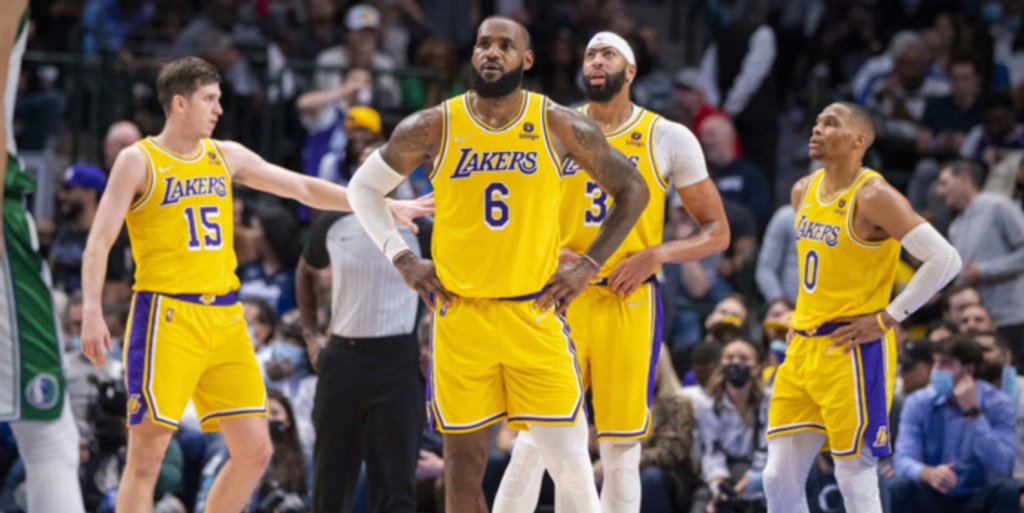 Lakers' players believe changes must be made before trade deadline

The Los Angeles Lakers seem to understand that they can't compete for a championship as currently constructed. Following Tuesday's blowout loss to the Milwaukee Bucks, LeBron James said as much.

"It tells me we ain't on their level," James told reporters. "I mean, I could have told you that before the game."

According to ESPN's Dave McMenamin, the Lakers' players realize that "the roster is not working, and something must be done to get the team back on course with Thursday's trade deadline fast approaching."

This "suspicion had been mounting for weeks, if not months," but it became clear following Tuesday's loss to the Bucks (which was Los Angeles' fifth loss in their last seven games).

James, Anthony Davis and Russell Westbrook have only played 18 games together this season, and the Lakers are 10-8 in those games. However, sources told McMenamin that "standing pat ... is not seen as a viable option by players on the team."

The Lakers have been shopping Talen Horton-Tucker, Kendrick Nunn and their 2027 first-round pick in recent weeks, but teams don't seem to be interested. Los Angeles reportedly offered this package to the Detroit Pistons for Jerami Grant, but the Pistons rejected the offer.

It remains to be seen if the Lakers can pull off a significant trade with these assets.

Lakers general manager Rob Pelinka "will continue to collaborate with James leading up to the deadline," just as the two worked together on the Lakers' offseason moves (including the Russell Westbrook trade and free-agent signings), writes McMenamin.

The Lakers are currently 26-29, putting them outside of the playoff picture in the Western Conference. The NBA trade deadline is Thursday at 3 p.m. ET.