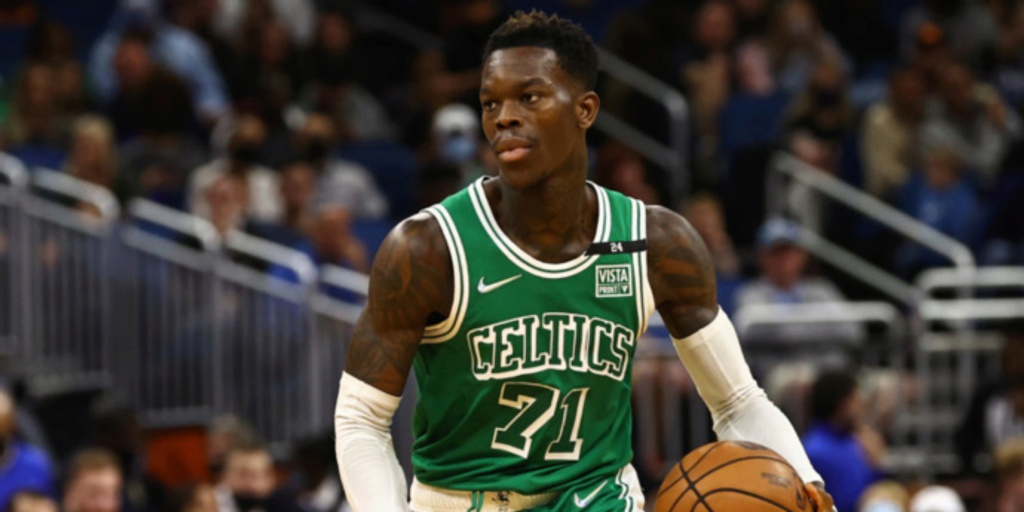 NBA buyout candidates: 10 players who could be available

The 2022 NBA trade deadline has come and gone, and the likes of James Harden, Ben Simmons, CJ McCollum, Domantas Sabonis, Tyrese Haliburton and Kristaps Porzingis each found themselves with new addresses.

However, for those teams that weren’t as fortunate, there will still be opportunity to improve. Impact players often become available on the buyout market, and this year is no exception.

As of Friday morning, there were reports of a few players already having been waived, and in the right situation, they may be able to help a playoff contender.

With injuries to Kevin Durant and James Harden, as well as the issue with Kyrie Irving’s part-time availability, DeAndre Bembry emerged as a fairly reliable two-way player for Steve Nash. The six-year pro made a name for himself as a member of the Atlanta Hawks before eventually joining the Nets last August.

Bembry was waived by the club after it agreed to terms with the Philadelphia 76ers on the trade that sent Ben Simmons, Seth Curry and Andre Drummond to Brooklyn in exchange for James Harden and Paul Millsap.

Still quite productive, Harris can help a contending team. Orlando still owes him slightly less than half of his $20.5 million salary for the remainder of the season, but if the team isn’t planning on re-signing him over the summer, a buyout is a possibility. Bleacher Report's Jake Fischer reported that Harris may be bought out, which led to our Nekias Duncan breaking down possible landing spots for Harris.

Whether or not Harris hits the market likely boils down to how much of his salary he would be willing to give up to secure his freedom and latch on with a contender. This season, Harris has averaged 11.7 points, while shooting 44.4% from the field, 38.8% from three and 84.4% from the free-throw line.

San Antonio — who also traded Derrick White to the Boston Celtics on deadline day — appears content with newly-minted All-Star Dejounte Murray, Keldon White, Devin Vassell and Lonnie Walker patrolling the perimeter. There’s very little chance Dragic would play much in San Antonio and probably even less chance that he remains long-term. The Dallas Mavericks are considered the favorite to add Dragic if he's bought out.

After just 49 games, Schroder was traded by the Boston Celtics to Houston in a trade that saw Daniel Theis reunited with his former club.

Just last year, Schroder famously turned down a four-year deal from the Los Angeles Lakers worth up to $84 million. He eventually signed with Boston for $5.9 million.

Having been dealt to the Rockets, Schroder would seem a likely candidate for a buyout. The remaining salary due to him is relatively cheap, the Rockets are rebuilding and have turned their offense over to Kevin Porter Jr. Schroder himself should know that a big contract this offseason will only result from helping a team go on a deep playoff run.

Included in the trade that saw Tyrese Haliburton sent to the Indiana Pacers in exchange for Domantas Sabonis, Tristan Thompson has proved in spurts this season that he can still be somewhat effective.

Teams thinking about winning the Eastern Conference will need to have at least a few big bodies to present resistance to the likes of Giannis Antetokounmpo, Joel Embiid, Nikola Vucevic, Bam Adebayo and Kevin Durant.

To that end, the 30-year-old big man — who is in the final year of a contract paying him about $9.2 million — would probably rather relocate to a playoff contender that will offer him more minutes and a chance to compete than the Pacers will.

With Mo Bamba and Wendell Carter Jr. showing flashes this season, Lopez has often been the odd man out in head coach Jamahl Mosley’s rotation. For the same reasons as Thompson, Lopez will likely become a buyout candidate.

Jordan secured a buyout from the Detroit Pistons after the Brooklyn Nets dealt him to the Motor City in September. A return to Los Angeles made sense at the time, but with Stanley Johnson now commanding rotation minutes, there’s barely enough minutes for Dwight Howard, much less Jordan.

Jordan has appeared in just four contests since Christmas, so unless head coach Frank Vogel suddenly has a change of heart and believes the key to turning around the Lakers’ season is playing bigger lineups, it’s difficult to imagine Jordan being happy with sticking around.

Similar to Jordan, Bazemore has struggled to find a fit on this Lakers team. After beginning the season as a starter, he’s played 62 total minutes since Dec. 19.

The Lakers were obviously unable to make a trade on deadline day, so the team’s only hope for external improvement will come on the buyout market.

The only problem is that Los Angeles already has 15 guaranteed contracts on its books, meaning someone would have to be waived in order for the team to add another player. Like Jordan, Bazemore would seem a sensible candidate.

The former Rookie of the Year saw his tenure with the Orlando Magic end when the Magic executed a trade with the Boston Celtics. Boston sent Bol Bol and PJ Dozier to Orlando along with a future second-round draft pick and cash. The move amounted to a salary dump for Boston, and Orlando got cash and the pick as their compensation.

The only issue? Orlando had to create the two roster spots in order to complete the transaction, which led to Carter-Williams and teammate E’Twaun Moore being waived. The 30-year-old started 25 of his 31 games for the Magic this season, averaging 8.8 points, 4.5 rebounds, 4.2 assists and 0.8 steals.

Like his teammate Carter-Williams, Moore was waived as a result of the aforementioned transaction with the Celtics.

At 31 years old, Moore — whose most productive years were as a member of the New Orleans Pelicans — no longer fit in with the youth movement in Orlando.

Nearly every season, contending teams manage to land a player or two who secures a post-deadline buyout. In order for a player to be eligible to suit up in the playoffs, however, they must be waived by March 1 and rostered by another team by April 11.

So for those teams that didn’t have the good fortune of landing an impact on deadline day, they'll shift their focus to the buyout market.

All hope, obviously, is not lost.