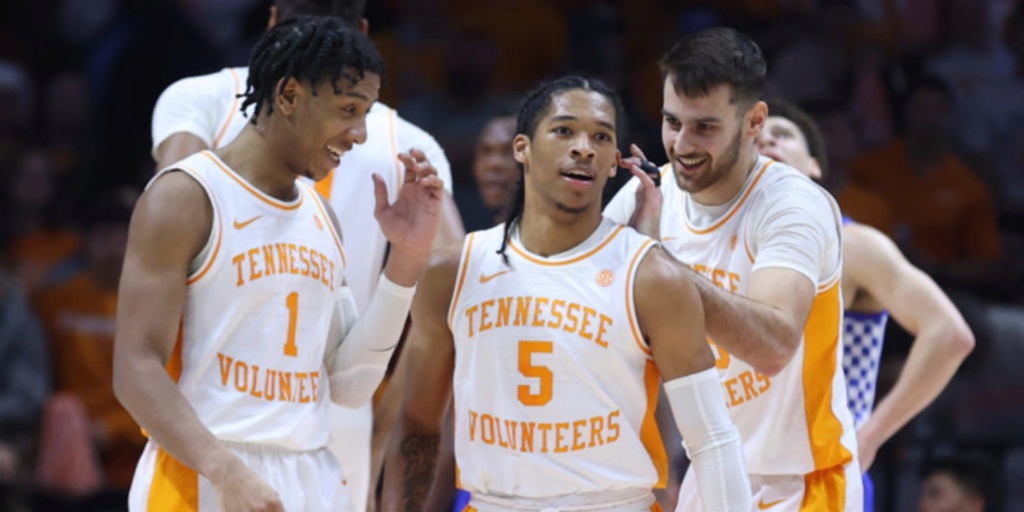 Kennedy Chandler scores 17 as No. 16 Tennessee beats No. 4 Kentucky

In a critical conference matchup, the Tennessee Volunteers got their first win against an AP Top-5 team since 2019 by defeating the Kentucky Wildcats, 76-63. Santiago Vescovi led all players with 18 points as the Thompson-Bowling Arena was rocking in Knoxville.

Kentucky (21-5, 10-3 SEC) is currently projected a No. 1 seed in the NCAA Tournament and has looked the part recently, including a huge win against Kansas in Lawrence. West Virginia transfer Oscar Tshiebwe is a favorite to win NCAA Player of the Year, while freshman TyTy Washington is shaping up to be a potential lottery pick in this year’s NBA Draft, averaging 12.8 points per game.

The Volunteers (19-6, 10-3 SEC) entered this one with the No. 6 ranked defense in the country, per KenPom. They are led by a young backcourt of potential first-round pick Kennedy Chandler, Santiago Vescovi and Zakai Zeigler, all of whom play with tremendous vision and unselfishness. Chandler is averaging 13.1 points and 4.8 assists per game.

The teams traded leads for roughly the first eight minutes before things got chippy at the 13:45 mark, when a scuffle ensued by the visiting bench. Chandler and Vescovi took over around the halfway mark and started shooting lights out from deep. The Volunteers took a 46-32 lead into the break behind 15 points from Chandler and 14 from Vescovi. Tshiebwe led the Wildcats in scoring with 8 points in the first.

Davion Mintz got things going early in the second half for Kentucky, as the Wildcats would cut the lead to 53-45, but Zeigler answered the call and would help the home team pull away again; he ended up with 14 points, 4 assists and 4 steals off the bench. As talented as the 'Cats are, they simply could not keep up with the Vols, as they hit a 3-minute scoring drought in the last 4 minutes of the game.

Tshiebwe was the lone bright spot among Kentucky starters, posting 13 points and 15 rebounds. Mintz and Jacob Toppin posted 11 points each off the bench for the 'Cats. Chandler produced 17 points, 6 assists, 5 rebounds and 2 steals. Tennessee senior and fan favorite John Fulkerson posted 14 points and 8 rebounds off the bench.

Kentucky will look to bounce back and gear up for its first Final Four appearance in seven years. Tennessee is currently projected as a No. 4 seed in the NCAA Tournament, but could see that change to a No. 3 after this big win.

Kentucky will visit Alabama on Saturday.