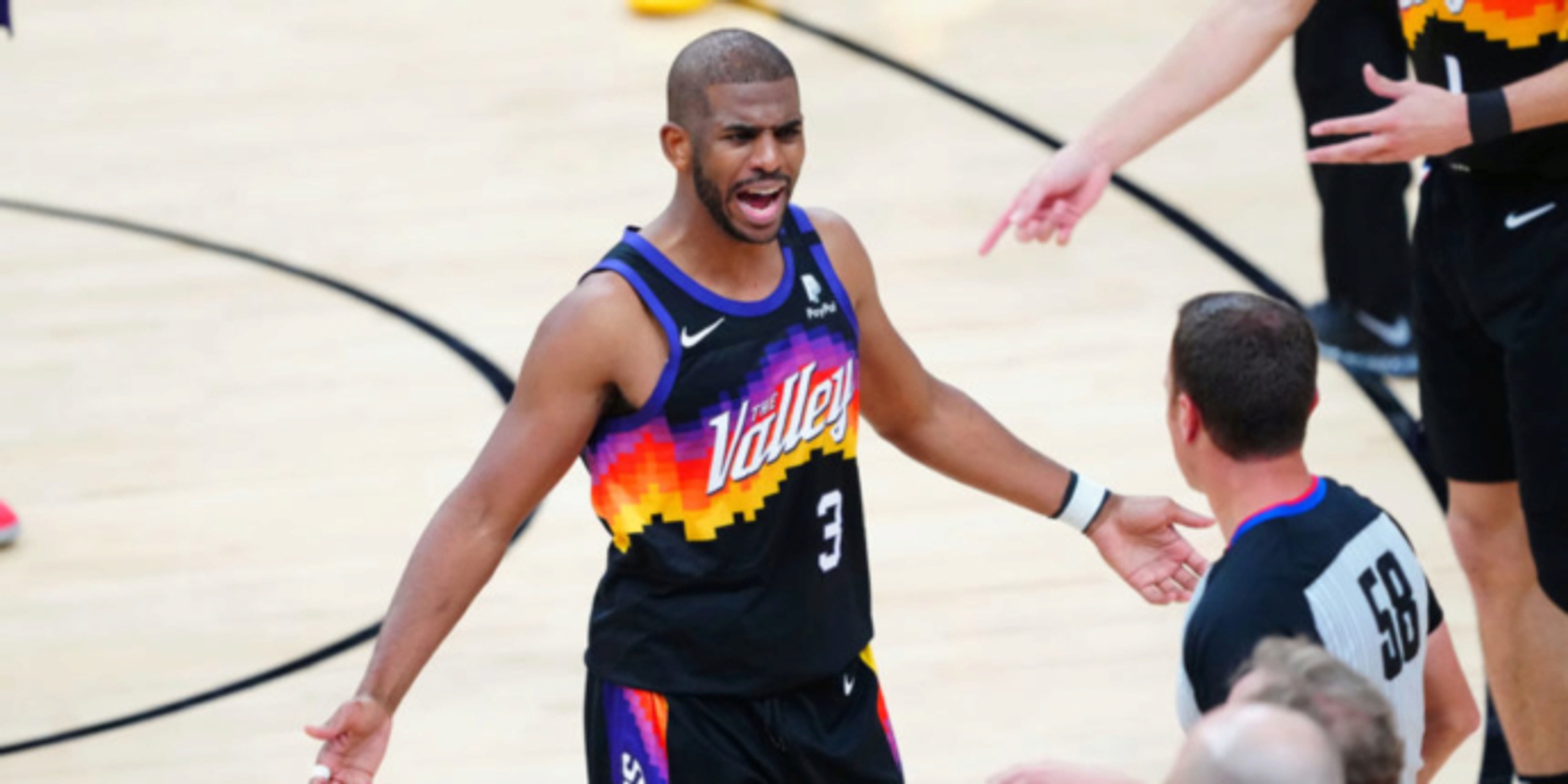 According to sources, LeBron James and the Los Angeles Lakers have been on the hunt for veteran point guard, and [Chris] Paul is on the list.

There have also been talks about Washington Wizards star Russell Westbrook being a potential candidate to move back home to Los Angeles in a sign-and-trade deal that could include free agent point guard Dennis Schroder, forward Kyle Kuzma and guard Talen Horton-Tucker, sources said.

ANALYSIS: These would both be high-profile moves that could land a big name alongside LeBron James and Anthony Davis in L.A.

Of course, neither the teams nor the players in question have demonstrated any desire for a trade yet. Paul is less than a day removed from losing in Game 6 of the NBA Finals, and holds a $44.2 million player option for 2021-22.