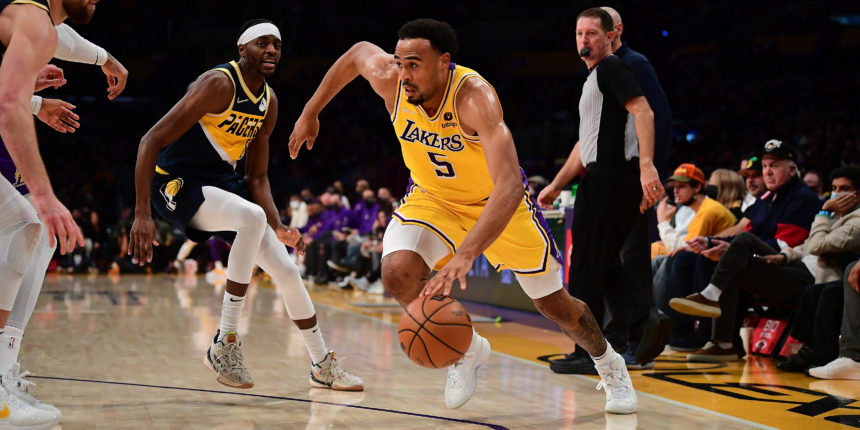 Lakers shopping Talen Horton-Tucker, Kendrick Nunn: 'No one is biting'

The Los Angeles Lakers have been extremely underwhelming so far this season, so it’s no surprise that the front office is looking to make some moves prior to the NBA trade deadline.

The Lakers are currently 23-24, which puts them in the Western Conference’s eighth seed. Frank Vogel seems to be coaching for his life, Russell Westbrook was recently benched after struggling mightily and the Lakers have been linked to just about every trade candidate.

Los Angeles has been very active leading up to the Feb. 10 deadline. However, it’s unclear if the franchise has the assets to pull off the kind of splashy moves that they're looking to make.

Here’s what Kevin O’Connor of The Ringer wrote about the Lakers’ recent trade talks: “They’re calling teams offering a future first, Kendrick Nunn, and Talen Horton-Tucker, who has underwhelmed this season, and no one is biting yet.”

Longtime NBA insider Marc Stein reported that the Lakers offered this same package to the Detroit Pistons for Jerami Grant.

The Lakers chose to prioritize Horton-Tucker last offseason when he was a restricted free agent, giving him a three-year deal worth $32 million.

“The Lakers’ problem is THT just isn’t valued highly enough by teams and that 2027 pick is a long time from conveying,” O’Connor writes.