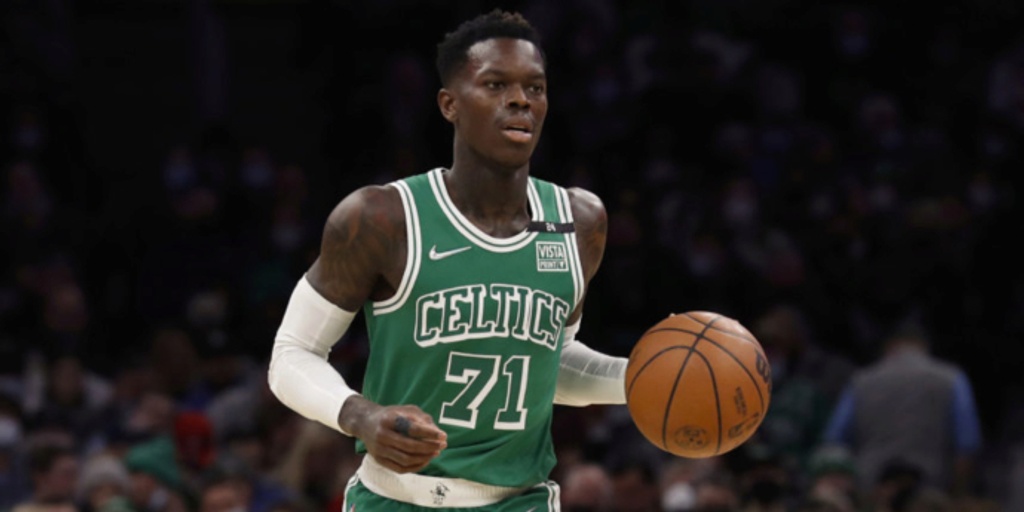 It’s been almost a given in NBA circles that the Celtics will move Dennis Schroder to get under the luxury tax, and while that remains the most likely outcome, we’re hearing it’s possible he could still be on the club after Thursday.

A couple of NBA clubs that have looked into Schroder have found that the Celtics aren’t just looking to give him away...

The feeling here is that if Boston can get something at all reasonable for Schroder, they’re comfortable replacing his minutes at the point with Payton Pritchard and Josh Richardson — though at least some there would like to keep Schroder in case of injury to someone higher in the rotation.

ANALYSIS: With Jaylen Brown's cap number decreasing after he missed the All-Star Game, it'll be easier for the Celtics to get under the luxury tax, writes Bulpett. Boston just needs to cut "less than $1 million" to get there, so they have some options and don't necessarily need to trade Schroder.

“He’s been playing well, and he’s been a good part of what they’re doing lately,” one NBA exec said of Schroder. “I still think they might prefer to move him, but now they’re looking for an asset in return. They don’t feel like they have to trade him now, and they’d like to turn him into an asset for next year.”

The Milwaukee Bucks, Chicago Bulls and Cleveland Cavaliers are among the teams that have reportedly expressed interest in Schroder. The Cavs have continued to pursue Schroder even after acquiring Caris LeVert, reports Jared Weiss of The Athletic.

Last offseason, the 28-year-old signed a one-year, $5.9 million deal with the Celtics — just months after turning down a four-year, $84 million extension with the Los Angeles Lakers.