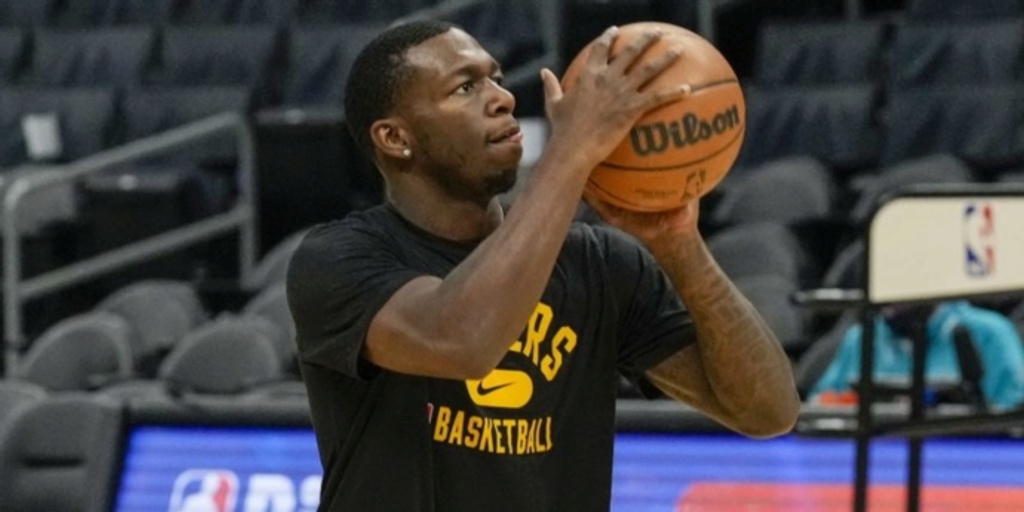 Lakers' Kendrick Nunn ruled out until March with bone bruise

Kendrick Nunn has yet to suit up with the Los Angeles Lakers this season, as he's been dealing with a bone bruise in his right knee and experienced multiple setbacks.

On Tuesday, head coach Frank Vogel revealed that Nunn will be sidelined until at least March.

"He did have a follow-up exam recently... and we are able to say now that he’s likely not going to be able to be back before March," Vogel told reporters. "But we’re still optimistic that he plays for us this year.”

When asked if there's a possibility that Nunn could miss the entire season, Vogel replied, “Anything is possible, but we are hopeful that he plays for us this year."

The Lakers will play 16 games in March and six games in April, so it remains to be seen if Nunn can recover in time to return down the stretch.

Last offseason, Nunn signed with the Lakers on a two-year deal worth $10.25 million (with a $5.25 million player option for 2022-23). He turned down larger offers from other teams because he wanted to be a Laker and compete for a championship.