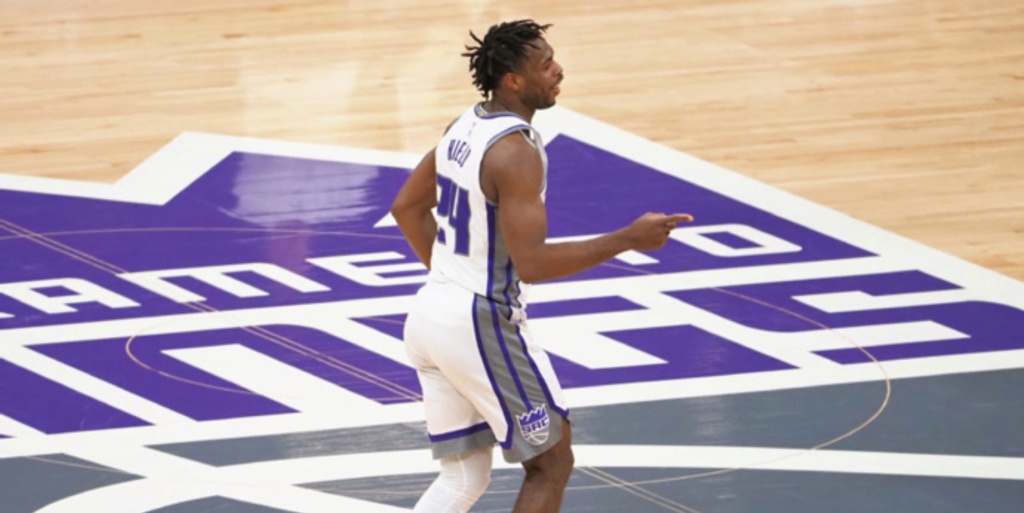 The Lakers and Sacramento Kings have discussed a deal centered on guard Buddy Hield, sources tell The Athletic. Lakers forward Kyle Kuzma would be involved in a potential package, per sources. The Lakers have received interest from several teams regarding Kuzma, sources said.

...For the Lakers, the offseason is expected to be a quest for a third playmaker and shot-creator — not a faulty pursuit for a star player.

ANALYSIS: Hield averaged 16.6 points per game with the Kings last season and is a career 40.6% three-point shooter. The Lakers need more shot creation around LeBron James, and Hield could make sense as a fit. Charania also reports that L.A. is interested in free agents DeMar DeRozan, Kyle Lowry and Spencer Dinwiddie.