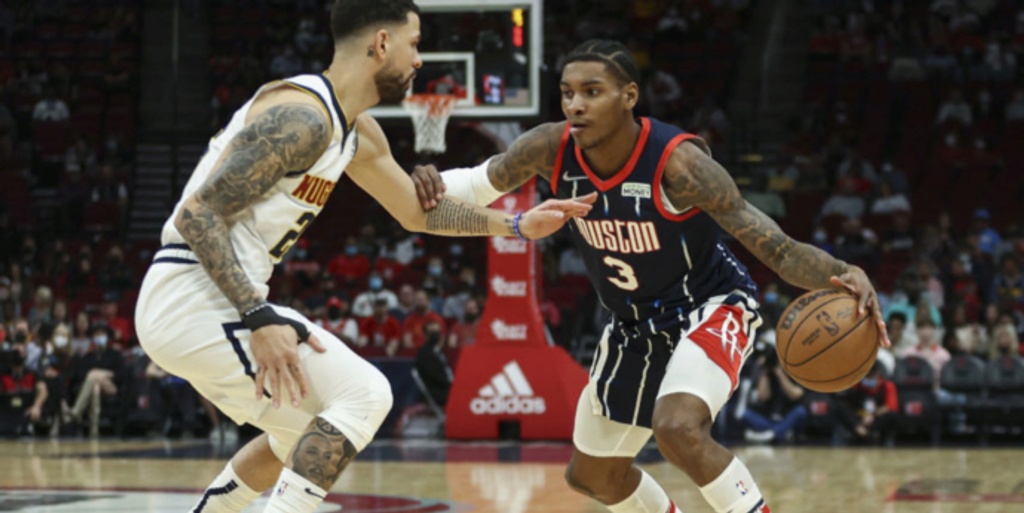 Kevin Porter Jr. just can’t get out of his own way.

For the second time in the last 12 months, Porter was involved in an ugly confrontation with one of his team's decision-makers that escalated to objects being thrown.

On Saturday night, the three-year NBA veteran reportedly took exception to Houston Rockets assistant coach John Lucas calling him out at halftime of the team’s 124-111 loss to the Denver Nuggets. Porter reportedly threw something and had to be separated from Lucas before storming out of the arena and driving home halfway through the contest.

If this sounds familiar, a similar outburst led the Cleveland Cavaliers to trade Porter to Houston last season in exchange for a top-55-protected second-round pick.

That incident occurred last January, when Porter flipped out after the Cavs gave his locker to Taurean Prince and moved him by the reserves. Porter got into a heated argument with Cavaliers general manager Koby Altman, threw food at him and yelled about “modern-day slavery,” sources told BasketballNews’ Spencer Davies at the time.

The Cavaliers banned Porter from the facility and immediately started shopping him around the league. The Rockets were willing to take a flier on the talented 20-year-old, hoping that he’d thrive after a change of scenery.

However, Porter has also had a number of alarming off-court incidents in recent years. In August of 2020, he was accused of punching a woman in the face. In November of 2020, Porter was arrested following a one-car crash because officers found a loaded handgun and marijuana in his vehicle, but the charges were later dropped.

It remains to be seen how the Rockets will handle this situation. ESPN’s Adrian Wojnarowski reports that “potential discipline, if any, for Porter has yet to be determined.”

Now, it’s possible that Porter’s days in Houston are numbered.