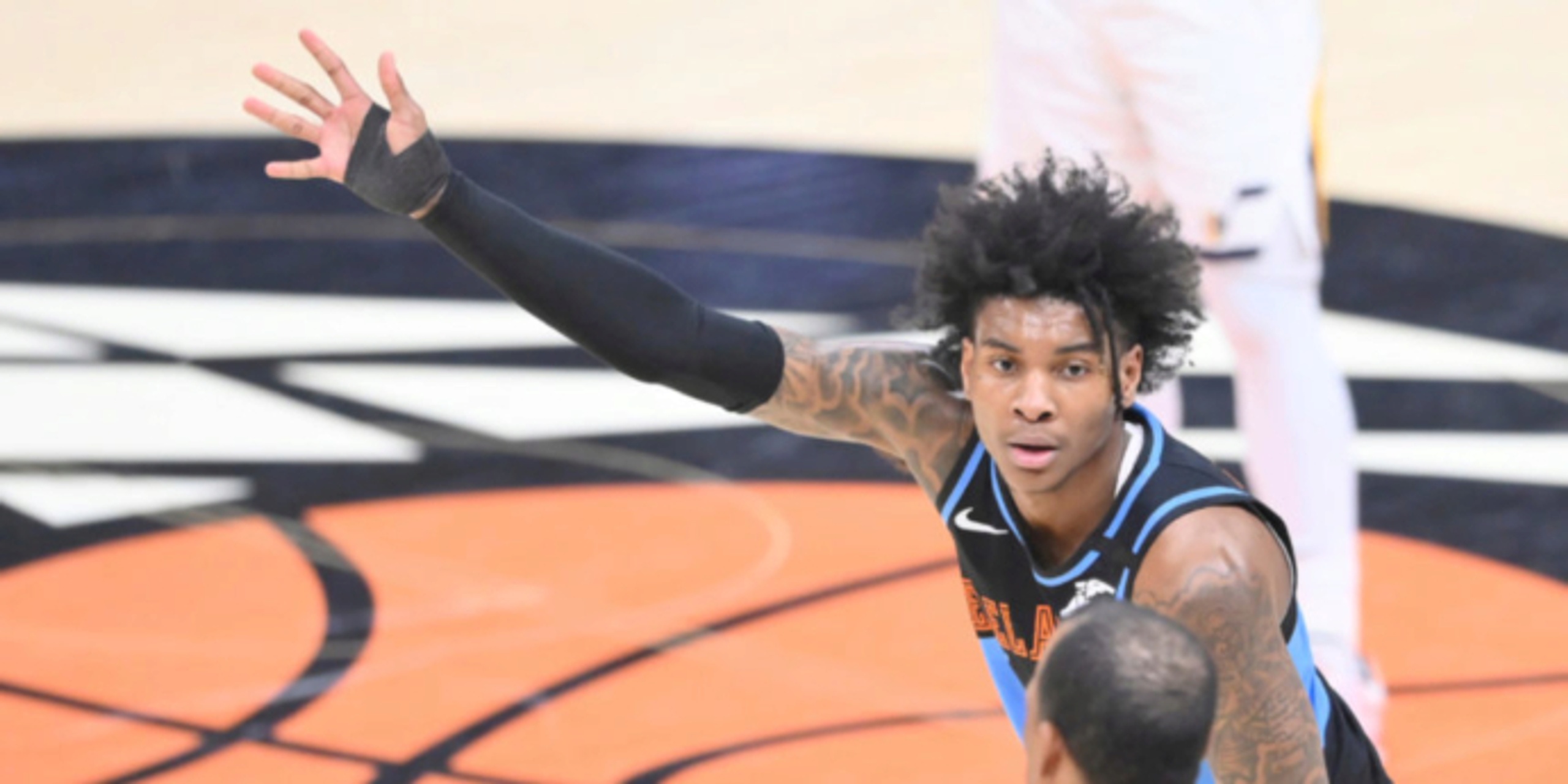 The Cleveland Cavaliers are expected to part ways with Kevin Porter Jr. after a fiery outburst in the Cavs' locker room on Friday, a team source confirmed to BasketballNews.com.

Originally reported by The Athletic this morning, Porter's locker was given to newcomer Taurean Prince and his new locker was near the lounge area with the reserves. The report indicates that Porter started shouting and at one point threw food (though the source told BasketballNews.com that this was relatively minor). However, the confrontation between Porter and general manager Koby Altman was very heated.

Altman entered the room and confronted Porter for how he reacted and, per The Athletic, Cavaliers head coach J.B. Bickerstaff heard the whole situation and was "shocked and disgusted" when he came into the locker room.

Porter felt disrespected that his locker was moved, but the team source says that the decision was based on NBA seniority and spacing to adhere to COVID-19 protocols. The source said that Altman tried to settle him down and hear him out; however, Porter had none of it and "pushed Koby past his breaking point."

The argument kept escalating and Porter was heard yelling about "modern-day slavery." Porter had grown frustrated recently because the team had been holding him out. He has yet to play in a game this season.

"He snapped on Koby, and Koby snapped back," the source told BasketballNews.com. "Ultimately, I think Koby being unable to calm him was the last straw that broke the camel's back."

The source said that Porter is not allowed back at Cleveland Clinic Courts at the moment. The Cavaliers will try to find a trade for Porter, potentially packaging the second-year swingman with a big man.

In August of 2020, he was accused of punching a woman in the face. In November of 2020, he was arrested following a one-car crash and had a loaded handgun in the vehicle. Despite the pair of off-court incidents over the offseason, Porter came back to the Cavs' facility on Dec.  7, going through individual workouts with Bickerstaff with assistant coaches Sam Jones and Josh Estes. Porter even participated in a full-team practice on Dec. 10.

But following a lengthy absence away from the team as a part of a plan to work him back into team activities, Porter finally returned to Cleveland's bench on Friday night when they took on the New York Knicks. This was the first public appearance he's made with the team since its in-city bubble, and he was engaged and cheering his teammates on. The Cavaliers have tried to steer the talented 20-year-old in the right direction since selecting him in the 2019 NBA Draft.

At this point, the team source is hopeful that Porter can turn things around in his life and continue to progress as a man: "I'm worried about him outside of basketball at this point."