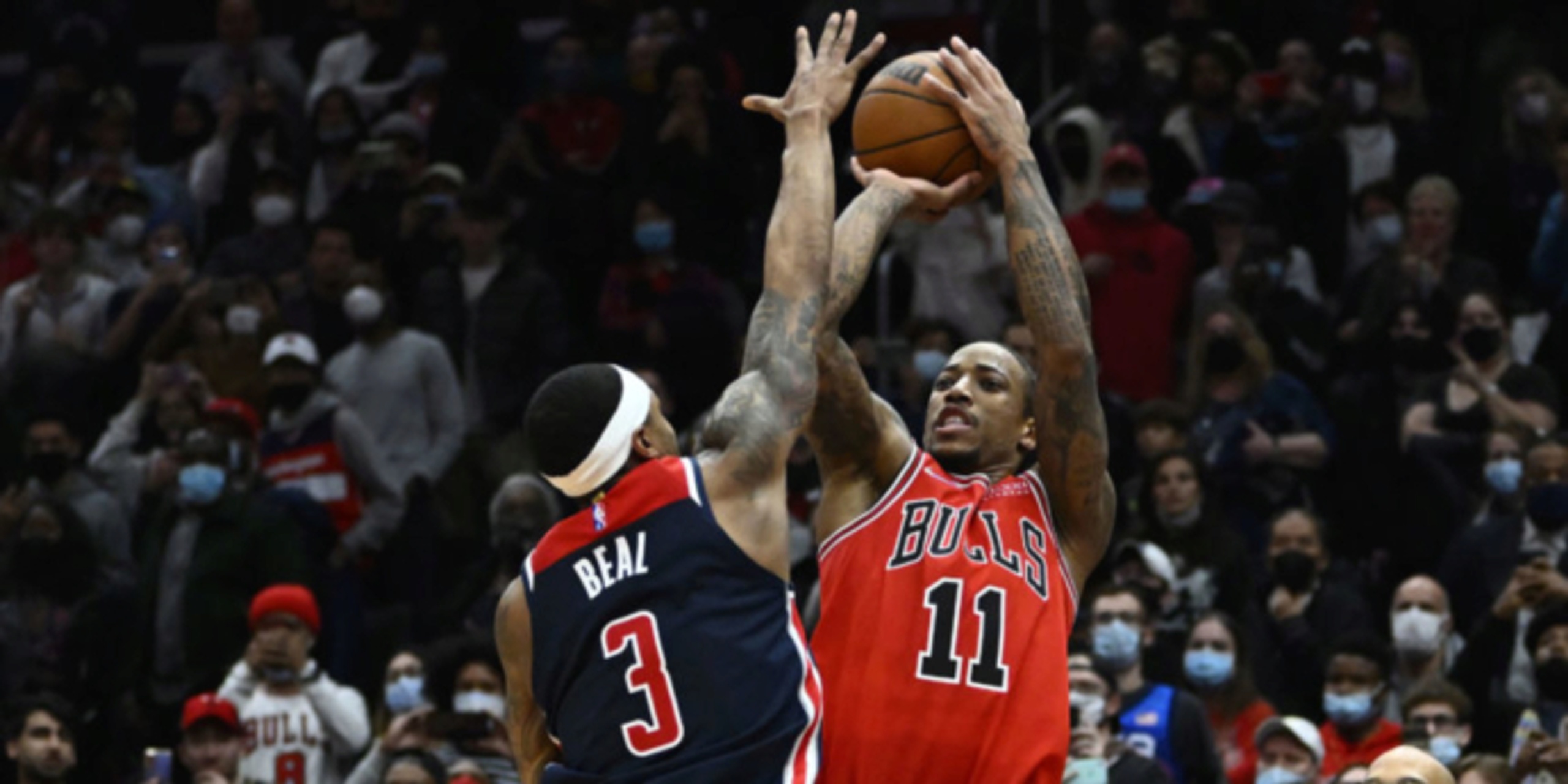 WASHINGTON (AP) — DeMar DeRozan hit a 3-pointer at the buzzer for the second straight game to give the Chicago Bulls a 120-119 win over the Washington Wizards on Saturday night.

Kyle Kuzma’s 3-pointer with 3.3 seconds to play gave Washington a 119-117 lead, until DeRozan beat the Wizards in the same way he beat Indiana on Friday night.

DeRozan finished with 28 points and Zach LaVine had 35 points to help the Bulls to their seventh straight win, which is their longest streak since Dec. 18-29, 2014.

According to BasketballReference.com, DeRozan became the first player in NBA history to hit buzzer-beaters on consecutive days.

“It’s amazing, especially doing it on the road,” DeRozan said. “I don’t know if I’m dreaming or if it’s real right now.

“You work your butt off and you understand that if you’re in those positions, try to capitalize on them the best way you can because you’re going to have games where you miss some.”

The Wizards led nearly the whole game, outscoring Chicago 72-30 in points in the paint.

“He just made a heck of a play. He was defended pretty well,” Washington coach Wes Unseld Jr. said. “It’s just tough. It’s tough to lose a game like that.”

Kuzma scored 29 points and had 12 rebounds, while Bradley Beal had 27 points and a career-high 16 assists in his first start at point guard. Beal also passed the 14,000 point mark.

Midway through the second quarter, the Wizards were called for a technical foul for too many players. Alize Johnson, one of five players on 10-day contracts, was the sixth player on the court.

Bulls: F Tyler Cook suffered a sprained left ankle early in the second quarter and did not return. … F Javonte Green was out with a right adductor strain. … Interim coach Chris Fleming said that he hopes G Lonzo Ball and F Alonzo McKinnie, who were in health and safety protocols, could return to action early next week. … Coach Billy Donovan addressed the team over Zoom on Saturday and told them how proud he was with Friday night’s win. Donovan could return from health and safety protocols on Monday.

DEROZAN’S BIG SHOT: DeRozan said he concentrated on the fundamentals before he shot the game-winner.

“I wanted to make sure my feet were behind the line,” he said. “I wanted to give it a chance to go in.

“My shots all night were short. It’s tough to play on back-to-backs. I kind of felt it throughout the game.”

LaVine shook his head when asked to describe DeRozan.

“The dude’s incredible,” LaVine said. “You can’t say much more than that…Thank God we’ve got DeMar DeRozan on our team.”

BEAL IMPRESSED WITH DEROZAN: Throughout Beal’s NBA career, he has marveled at DeRozan.

Beal believes the short-handed Wizards simply came up short against a marvelous opponent.

“We did everything we possibly could to win, but DeRo just made a crazy shot at the end of the game,” he said. “In a way, the shot is demoralizing and takes the energy out of you, but to know that we competed and played hard, we set ourselves up to win, and you feel great about that.”