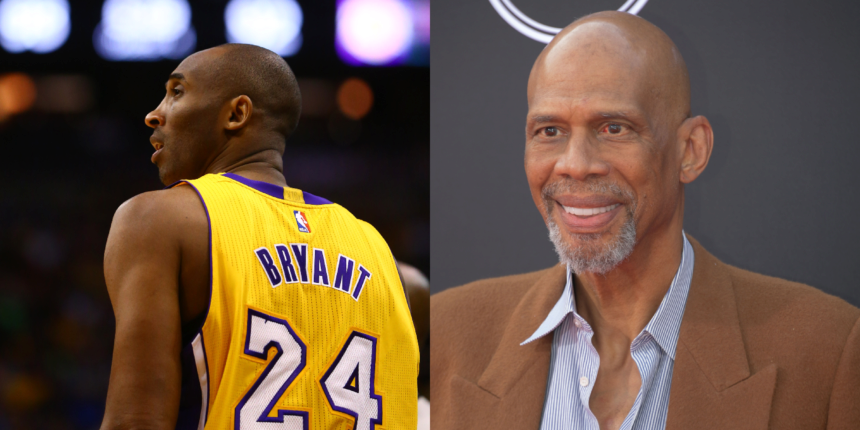 Kobe Bryant walked like Mike, talked like Mike and played like Mike. But the basketball greatness we got to witness throughout his 20-year NBA career wasn’t just influenced by the one he admired the most.

Being the ultimate student of the game, Bryant dissected every move possible, looking at the all-time greats that preceded MJ, trying to steal something from their basketball repertoires. Even at an early age, just watching his father, Joe, compete against the best of the best did wonders for Kobe. He was one of the lucky ones who had the luxury of being around NBA players as a kid. Some of them even took him under his wing. Kareem Abdul-Jabbar was one of them.

The two met when Kareem played against Kobe’s father with the San Diego Clippers. They also spent some time together when the Bryants lived in Italy. At that point, Kobe already had a year's experience of watching his father play. Naturally, he already handpicked the ones he wanted to model his game after. And Kareem was fine with whoever he picked... except for Daryl Dawkins.

He even warned Bryant about it.

"Darryl spent so much time being a clown and not focusing on the finer aspects of the game," Abdul-Jabbar told USA Today in an interview. "Daryl was just incredibly and physically gifted like Shaq. But he didn’t understand his potential and use it the right way. That is something that Kobe would never do."

Kareem saw Dawkins as a waste of talent. That’s why he wanted Kobe to look up to his father instead. Not for their skills on the basketball court — Darryl had a better NBA career than Joe Bryant — but regarding how each of them worked on their craft.

"Kobe would’ve gotten every ounce out of his potential, which he did. You saw the killer that he was," Abdul-Jabbar said. "That’s because he learned how to use it the right way and use his talents in the best way. I have a lot of respect for him. He got the best from his game and he played the smart game."

Bryant never talked about this specific interaction with Jabbar. But he did speak about how much influence his father had during his early days of playing the game of basketball.

Given how much he appreciated the all-time greats, we can only assume he took Kareem’s advice. His approach to the game, which was the exact opposite of Dawkins’, tells us that must’ve been the case.

LeBron James to miss Lakers game vs. Spurs due to sore ankle
18h