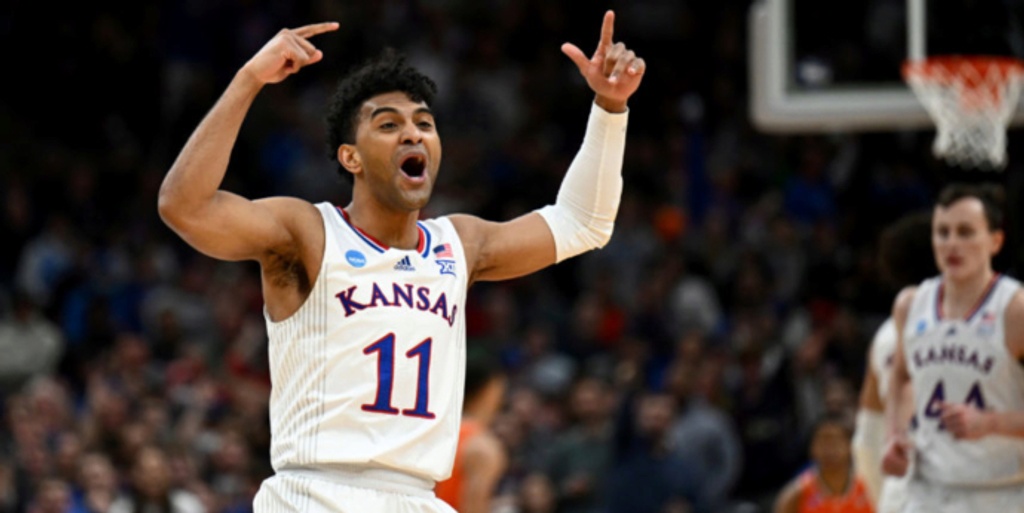 Kansas, the winningest program in college basketball history, has punched its ticket to the Final Four.

Ochai Agbaji led them in scoring with 18 points as the Jayhawks outscored the Miami Hurricanes 47-15 in the second half to run away with the game.

The Jayhawks (No. 1 seed) entered this one as the only top seed remaining in the field of 68. Agbaji finished the regular season as one of the best players in America, averaging 18.9 points per game, and has all but solidified himself as a first round pick in this NBA draft.

Miami (No. 10 seed) advanced to its first Elite Eight in program history, behind a tremendous coaching job from Jim Larranaga and 17.8 points per game from Kam McGusty. After finishing 4th in the ACC regular season standings, and suffering a 4-point loss in the ACC Tournament semifinals to Duke, the Canes have had a run to remember in March. 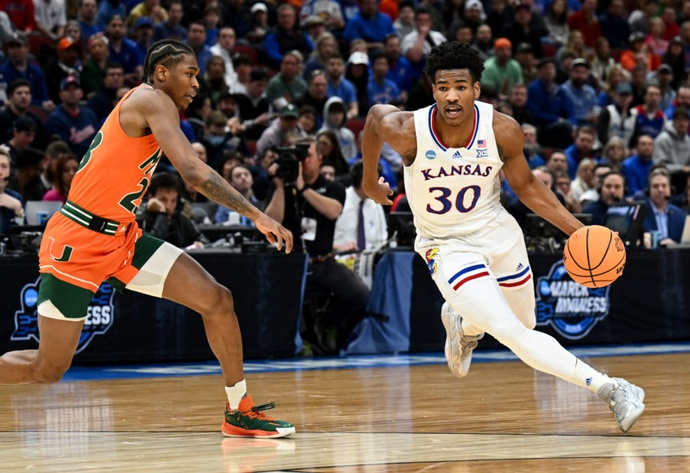 The teams traded leads to start, but the Hurricanes caught fire right before the break to take a 35-29 lead at the half. McGusty led the way with 14 points and Isaiah Wong scored 8. David McCormack led the Jayhawks early with 7 points at the break.

Kansas quickly tied the game at 40-40 in the second half, followed by a Christian Braun triple that allowed them to re-take the lead. After a 16-2 run, Miami suddenly trailed 54-42 and the tide had officially turned.

The second half was a defensive clinic, and the game quickly became academic as the Jayhawks extended their lead even more to secure the 76-50 victory. McCormack posted 15 points and Braun ended with 12 points, 6 rebounds and 4 assists. Mitch Lightfoot and Remy Martin each scored 9 points off the bench. McGusty led Miami in scoring with 18 points.

Next up, coach Bill Self and co. have a meeting with Jay Wright and the Villanova Wildcats for a shot at the NCAA Championship.

This is the 16th Final Four appearance in school history for Kansas.