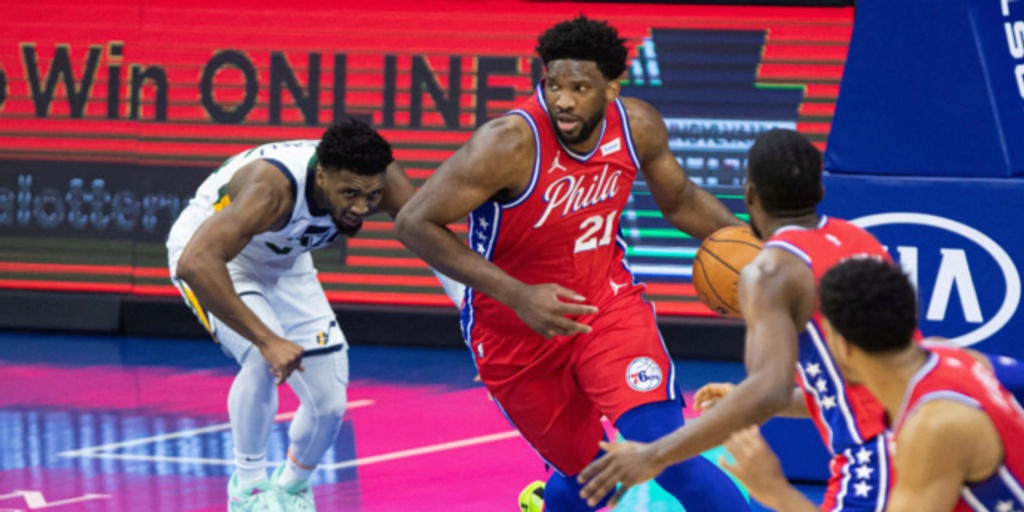 76ers say Joel Embiid has bone bruise in knee, will be re-evaluated in two weeks

Joel Embiid will miss approximately 2-3 weeks with a bone bruise in his left knee, the team announced Saturday morning.

Joel Embiid is out with a left knee bone bruise. He will be re-evaluated in two weeks.

ANALYSIS: This is an extended absence for the 76ers' star and MVP candidate, but it could have been a lot worse for Embiid. After landing hard against the Washington Wizards, Embiid grabbed his left knee and many feared a major injury. But according to ESPN's Adrian Wojnarowski, an MRI did not reveal any structural damage.

"Embiid's ACL and meniscus are fine, sources said, and there's significant relief within the Sixers that the injury isn't something much worse," reported Wojnarowski.