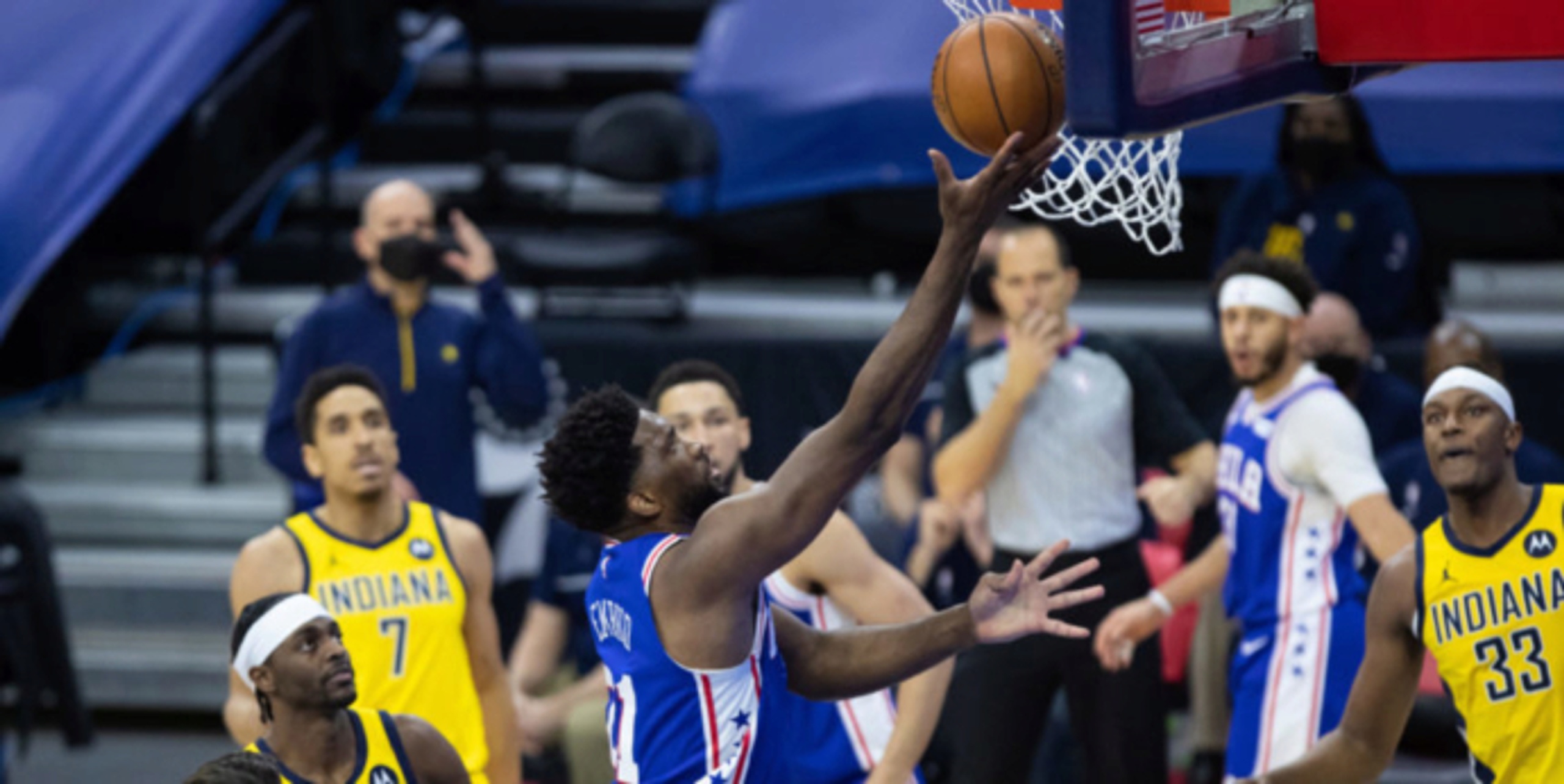 Joel Embiid to undergo MRI after going down with knee injury

Philadelphia 76ers superstar center Joel Embiid will have an MRI after injuring his left knee in Friday night's 127-101 win over the Washington Wizards, coach Doc Rivers said after the game.

Embiid hyperextended the knee after coming down off a dunk in the third quarter,

ANALYSIS: Embiid has been having an MVP-type season, averaging a career-high 30.2 points, 11.6 rebounds, and 3.3 assists in 33 minutes per game. Coach Doc Rivers said Embiid was in "in pretty good spirits" after the game and he is set to undergo the MRI when the team flies back to Philadelphia.