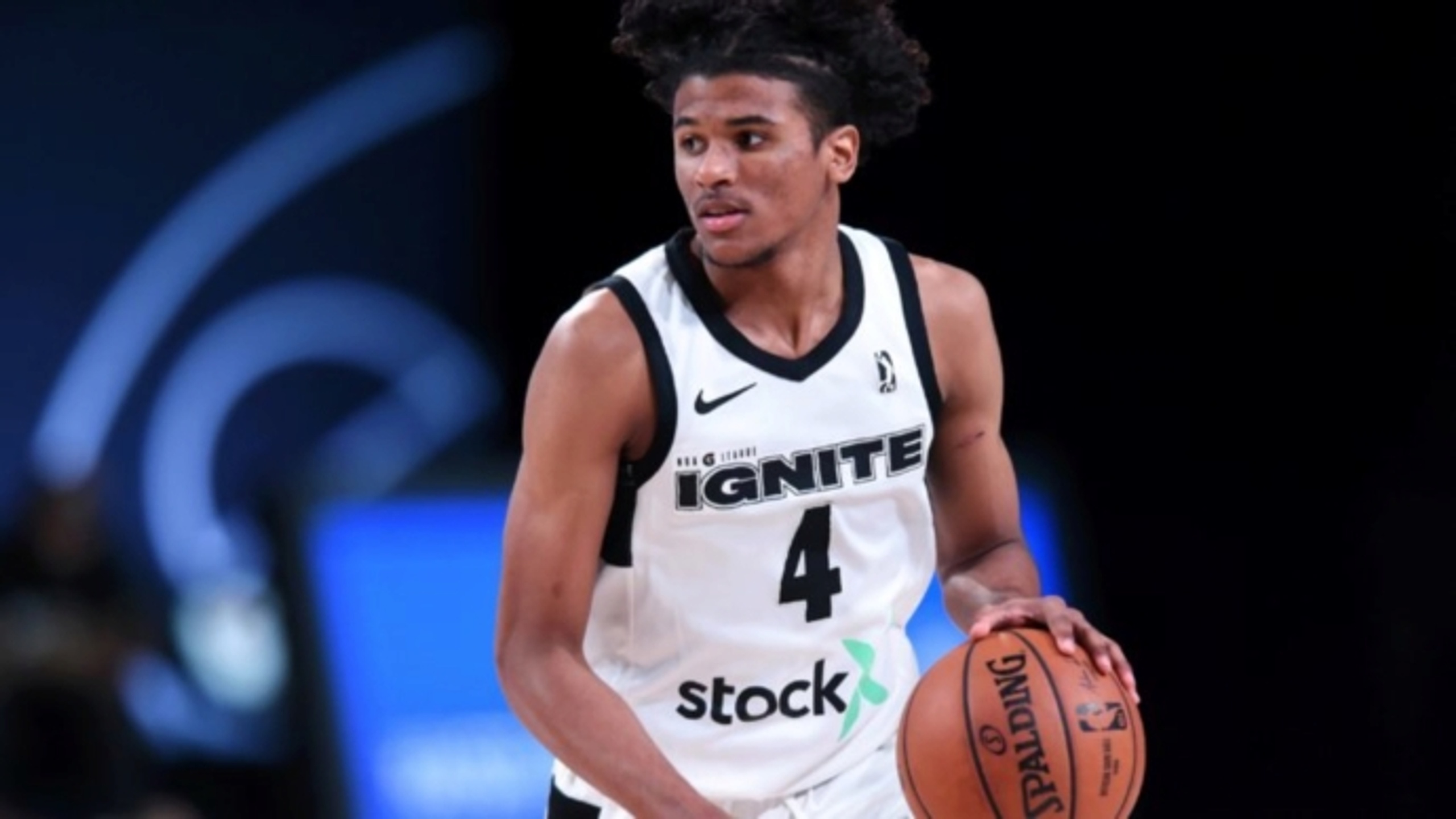 The projected top-3 pick in this year's NBA Draft is on track to be the first (and highest) draft pick out of the G League Ignite program. After making a name for himself as a dynamic scorer in the G League, Green thinks he can translate quickly to the top level.

"I just feel like G League is one step ahead of college," Green said to reporters on Monday. "You learn how to become a pro on and off the court early, so that's how I think it can prepare you."

With the Ignite, Green averaged 17.9 points and 4.1 rebounds per game across 15 starts, dazzling viewers with a deluxe scoring package that seemed well beyond his years. For Green, the season gave him a chance to learn the ins and outs of NBA-caliber systems.

"[I was] learning terminologies, learning offenses, learning the pace and the speed of the game... I think that was the biggest thing, is picking up on it early, because it's hard to learn the terms coming in," he said.

Green has the reputation of being one of the purest scorers and highest leapers in the 2021 class. It's what has catapulted him up draft boards, as he's currently projected to go No. 2 overall pick to the Houston Rockets in BasketballNews.com's latest mock draft.

"Although known mostly as a high-flyer, Jalen Green showed a more versatile offensive repertoire this past season for the G League Ignite," our Senior NBA Draft Analyst Matt Babcock writes. "His explosiveness and ability to create space off the dribble, along with his improved outside shooting, have made him one of the most-coveted prospects this year. Green is perhaps the most athletic and dynamic prospect in the entire draft."

Green says he has studied some of the Association's legendary scorers: Michael Jordan, Kobe Bryant, Kevin Durant and Dwyane Wade. But the G League also gave him an opportunity to learn off-ball responsibilities. He feels much more well-rounded as an offensive player compared to high school.

"I wasn't really as ball-dominant, [not] as much as I was in high school," Green said. "So, it gave me a chance to really learn how to play off the ball and play from the corners."

Green has only worked out with two franchises: the Rockets and Detroit Pistons, who own the draft's top pick.

Whichever squad lands Green is adding a day-one bucket-getter. As he did in the G League, the young guard hopes to hit the ground running with his on-court impact.

"I'm trying to be Rookie of the Year," Green said. "So I think that speaks for itself as far as what type of impact I'm trying to have."