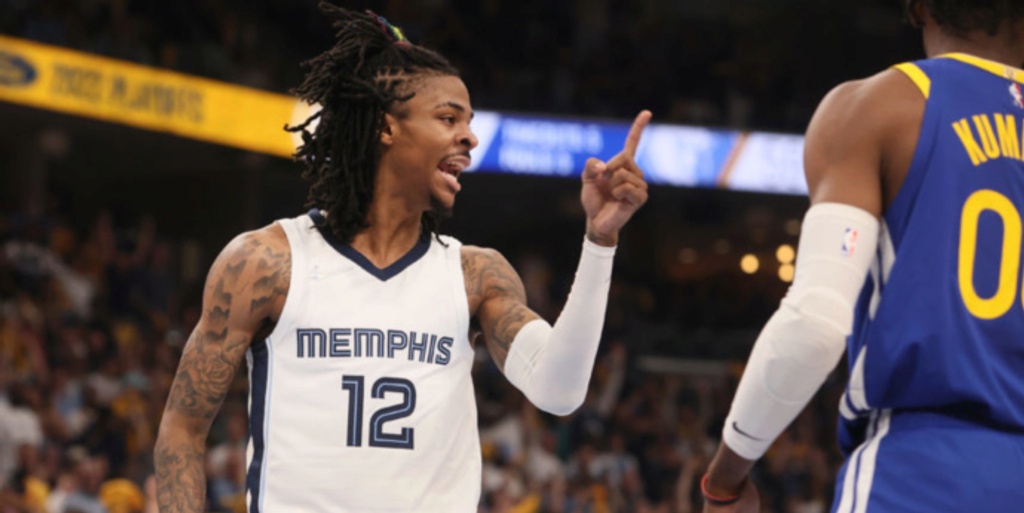 Ja Morant has been playoffs' most popular player across NBA's socials

This season, the NBA’s social-media platforms generated 13 billion video views, which is up 7% from the 2020-21 campaign. The league has become a social-media juggernaut, with a unique social strategy.

The NBA's social-media engagement has carried over to the postseason, generating 1.6 billion views so far during the playoffs.

Memphis Grizzlies guard Ja Morant has been the breakout superstar of this postseason, accounting for roughly 9.4% of the NBA's total social-media views.

Which players have generated the most views across the NBA's social-media platforms?

This isn't much of a surprise considering Morant has been making jaw-dropping plays throughout the postseason. In Game 5 against the Minnesota Timberwolves on April 26, he threw down an iconic dunk that has generated 44 million views across the NBA's socials (and hit a game-winning layup shortly after).

😤 OH MY JA!!#NBAPlayoffs presented by Google Pixel on TNT pic.twitter.com/gR6IBaFsAw

Also, the NBA had the most-viewed and most-engaged pro-sports-league account on social media in 2021, driving 24 billion views and 2.3 billion engagements across all platforms.