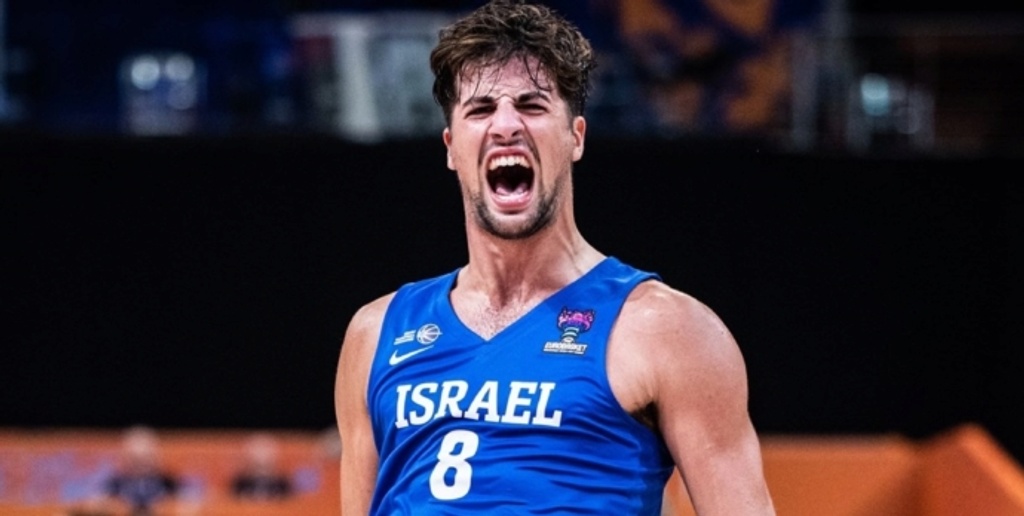 He did it again: Clutch Avdija wins it for Israel

The following game recap was originally published on FIBA's official website. Check out their complete coverage of FIBA EuroBasket 2022.

PRAGUE (Czech Republic) - In line with all the other superheroes in this FIBA EuroBasket, Deni Avdija has connected back-to-back game winning performances. Israel are undefeated, the Netherlands drop to 0-2 in Group D.

The Oranje were in front for most of the game, but once Yam Madar caught fire, the path was carved for Deni Avdija to take over in the clutch minutes. He did it, not missing a beat, earning Israel a 74-67 win.

Turning point: With the Netherlands leading 62-61, the stage was set for another close finish. Coach Guy Goodes did the right thing, gave all authorities to his biggest star in Avdija. He  delivered straight away, and-one floater, then a late shot clock three-pointer, a personal 6-0 run that made it a two-possession game with two minutes to play. His best friend, Madar, was there to join the fun by hitting a deep three-pointer to beat the shot- clock and  giving Israel a six-point lead in the final minute. More than enough for another win.

TCL Player of the Game: Avdija wants the ball, wants the defensive responsibility ranging from Lauri Markkanen to Worthy de Jong, and when his country needed him most, he delivered to send Israel to 2-0. Avdija had 21 points on the night, Yam Madar was also impressive with 14, done on 4-of-8 shooting from three-point range.

Stats don't lie: Israel grabbed 13 offensive rebounds, compared to 4 by the Netherlands, allowing them to open up a 12-2 edge in second chance points.

Bottom line: Israel are enjoying the support of their fans in Prague, and they join Serbia at the top of the group with a 2-0 record.

The Netherlands got 12 points from Worthy de Jong, but the rebounding killed their chance of grabbing a famous first win in Czech Republic.

"We didn't come with the right energy and the mindset. I'm happy that we showed character and stuck together. We pulled out a win, which is important for us. We now have a day to recover and move on from there." - Tamir Blatt, Israel

"We knew that the Netherlands were a team that does a lot of driving and shooting from inside, but we didn't stop that. Second half, it was a totally different game. They scored 27 points, we started being aggressive on defense, we scored 42, and that was the difference between those two halfs. This is the life of the tournament, every game is different, but we are happy to be here with two wins." - Israel coach Guy Goodes

"This is a tough loss. We had the game under control, the first 20 minutes everything looked great, the coaching staff prepared us for everything. In the end we gave up two many offensive rebounds and second chance points, and they made some big plays. Deni Avdija is a special player, he helped them a lot. You have to stop players like that as a team. We did that for 25 minutes, but in the end we let it go." - Mohamed Kherrazi, Netherlands

"We struggled a little bit against zone and matchup zone. I'm sorry, I have to help my guys better. It's my fault, because the guys put the energy and effort on the floor, it's my job to try and give them better help. It's one tough loss, the first to fault is me." - Netherlands coach Maurizio Buscaglia