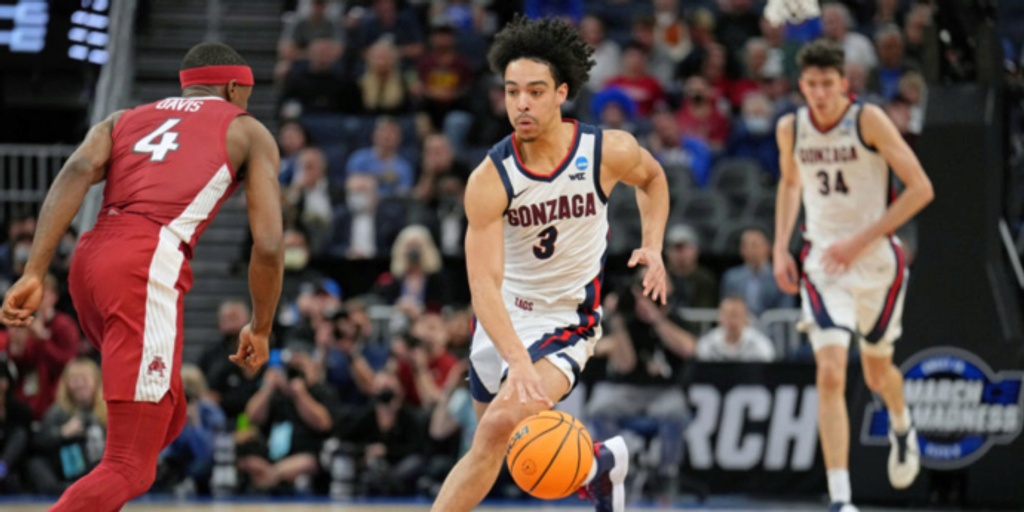 Gonzaga senior Andrew Nembhard announced that he is declaring for the 2022 NBA Draft.

Born in Toronto, Canada, the 6-foot-5 point guard averaged 11.8 points, 3.4 rebounds and 5.8 assists during his senior season for the Bulldogs and was named first-team All-WCC.

"This is my time," Nembhard told ESPN. "It's time to let the young guys take over the program. In this draft I feel like I'm among the top. There are not many point guards in this class that can impact the game in a winning sense in the way I can. I've gotten feedback and did the things the NBA told me I needed to do to take the next step. I'm ready."

Matt Babcock, BasketballNews.com's Sr. NBA Draft Analyst, is impressed with how Nembrand improved during his collegiate career but isn't sure he will be drafted.

"I remember watching Andrew Nembhard at the NBA Draft Combine after his freshman season at Florida," said Babcock. "I wasn't confident at the time that he'd ever have an opportunity to get drafted. However, I'm impressed with his sticktoitiveness, as he has continued to get better. He improved his outside shooting, most specifically. Once Nembhard transferred to Gonzaga, he became their primary ball-handler and floor general. His production didn't dramatically change from his previous seasons at Florida but keep in mind Gonzaga was one of the best teams in the country. I don't think Nembhard is an absolute lock to be drafted this year, but he has undoubtedly played himself into the mix."