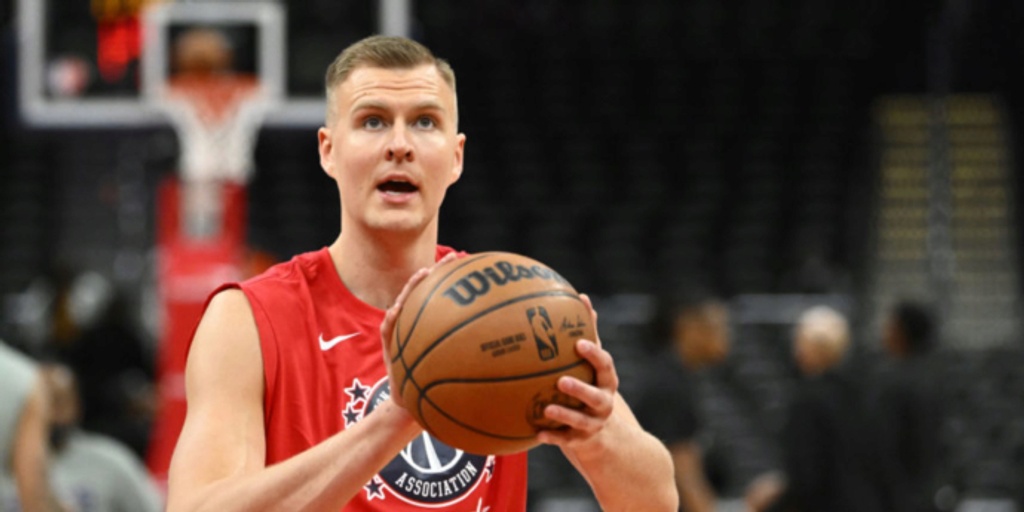 For Porzingis and the Wizards, there’s a lot riding on next 20 games

If you ever needed a reminder of just how quickly things can change in the NBA, look no further than Kristaps Porzingis.

Not too long ago, the Latvian was dubbed basketball’s “unicorn,” and he was vocal in his belief that he was a better player than Joel Embiid.

Back then — when Porzingis was still a resident of Madison Square Garden — there were some that probably would have tried to make that case for him.

Now, just three years after the New York Knicks shipped him off to the Dallas Mavericks, the Washington Wizards are simply hoping that Porzingis will suit up for them this season.

On Wednesday, NBC Sports Washington’s Chase Hughes provided a not-so-promising update on Porzingis, who last played in an NBA game on Jan. 29.

That night, KP logged just 11 minutes of playing time in a performance that was cut short due to what the Mavericks called “right knee soreness.” He was subsequently diagnosed with a bone bruise, and hasn’t played since.

The Wizards will begin the second half of the season at 27-31, and trail the Atlanta Hawks by just a half-game for the 10th seed in the Eastern Conference. For what it’s worth, the Wizards' franchise is believed to be more interested in competing for a playoff berth than yielding and rolling over their final 24 games to improve their lottery odds. That's why Washington head coach Wes Unseld Jr. remains upbeat and optimistic about the prospects of the big man joining the lineup sooner rather than later.

Despite that, though, Unseld's comments on Thursday suggest that it may still be at least another few games until we see the Wizards’ newest acquisition.

"After the break, we’re still kind of concerned about just throwing him out there. We’re still ramping things up for him,” Unseld Jr. said of Porzingis on Thursday.

"We need to make sure he’s exactly where he needs to be when we reintegrate him into the 5-on-5.”

With Bradley Beal already sidelined for the remainder of the season, any hopes of the Wizards stringing together some momentum and finding their way into the postseason rest on them getting some production out of Porzingis.

Based on Hughes’ account, it seems like Porzingis could make his debut for the Wizards over the course of the next week, but at this point, that’s obviously no guarantee.

The Wizards sent out Spencer Dinwiddie and Davis Bertrans in the deal that brought Porzingis in, and at least on paper, it was a deal that made all the sense in the world for the Wizards. Players with Porzingis’ potential and impact — at least when healthy — don’t become available very often.

The “when healthy” qualifier, however, has been his biggest limitation. 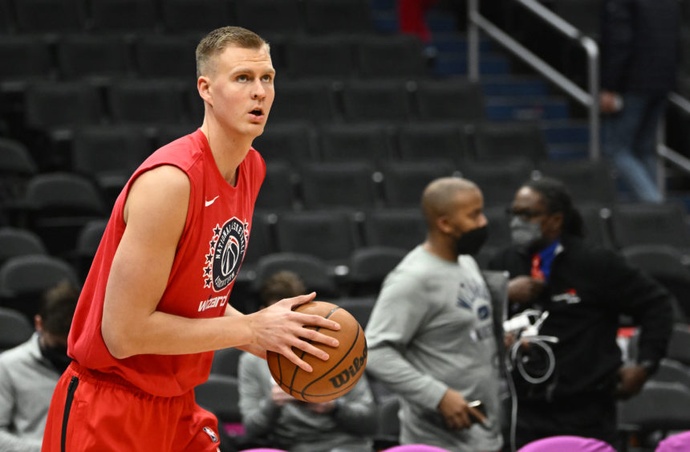 Although he’s put on quite a bit of girth since he entered the league in 2015, Porzingis has spent quite a bit of his time on the shelf. He suffered a torn left ACL in his third season, which caused him to miss 116 games. He’s since returned to form, for the most part, but has had persistent knee and foot issues, with the current bone bruise being the latest example.

For a player who has spent far too much of the early part of his career on the shelf, his tenure as a Wizard hasn’t gotten off to the best start to say the least.

Fortunately for Porzingis, it’s less about how you start and more about how you finish. And at least for now — regardless as to whether KP is able to help the Wizards sneak into the postseason — the team can at least contemplate what a potential partnership with Beal could look like in the future.

Beal has been the franchise’s mainstay, and he has the opportunity to opt for free agency this summer; however, while he's mentioned that he's keeping his options open, it appears that he wants to make it work with the organization that drafted him. With Kyle Kuzma’s progression and the growth of some of the team’s younger pieces, the final 20 or so games for the Wizards this season may actually end up being quite consequential.

Traded for spare parts, Porzingis didn’t land in Dallas still dubbed the unicorn, but the hope in D.C. is that he can still be a part of a long-term solution.

“I truly believe that my luck hasn’t been the best luck in terms of injuries,” Porzingis said when he was introduced as a member of the Wizards back on Feb. 12. "A lot of them, if not all of them have been contact injuries. Those you can’t really avoid, 100%. I do my part with being in the weight room, making sure my body is right to stay healthy. But you have to have a little bit of luck,” he said before attempting to speak the rest into existence.

"I’m going to take my game to the next level because my body is going to be healthy, and that’s it.”

Never having been short on confidence, Porzingis’ assurance shouldn’t come as much of a surprise.

But with baited breath, the Wizards are now awaiting the delivery.