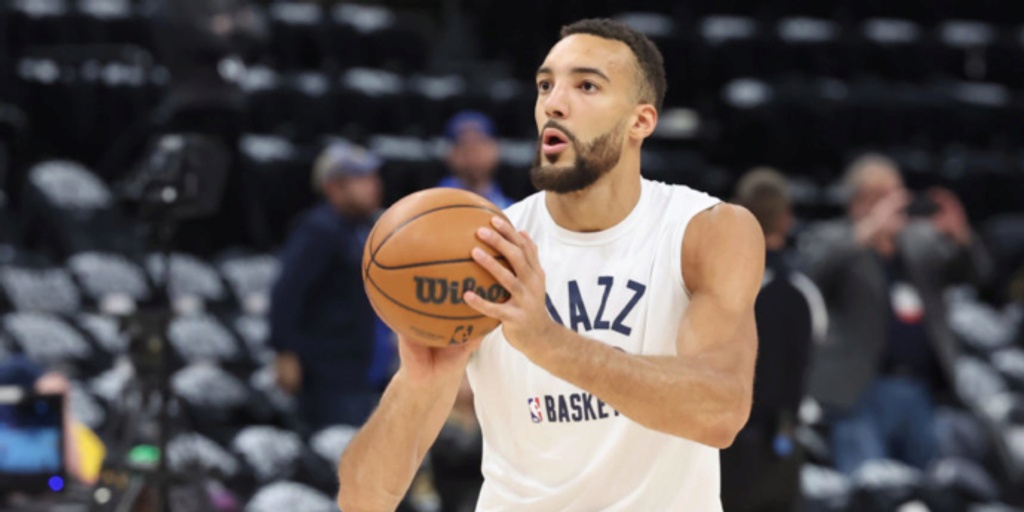 The Utah Jazz’s 2021-22 season is officially over. The Jazz believed they were a championship contender, but this marks another season ending in disappointment and heartbreak. Now, looking ahead at what’s to come in Salt Lake City, massive changes seem to be on the horizon. Whether it be Donovan Mitchell or Rudy Gobert on the move, something’s gotta give. Other veterans such as Mike Conley and Bojan Bogdanovic could be on the move too.

While our Bryan Fonseca recently broke down possible trade destinations for Mitchell, it's seems likely that the Jazz will try to appease their young star shooting guard. Gordon Hayward already broke Utah’s heart a few years ago when he left in free agency. If Mitchell requested a trade, it would send shockwaves throughout Utah. Unlike Hayward, Mitchell has star power that transcends Utah and he could potentially lead the team to heights they haven’t reached since the 1990s with John Stockton and Karl Malone.

If the Jazz have to move their homegrown three-time Defensive Player of the Year in order to keep Mitchell, I'm almost certain it would happen. It’s an unfortunate twist of fate for Gobert, but leaving the Jazz’s system might be the best thing for him so he can truly blossom into a true two-way presence.

As seen throughout Utah's first-round series against the Dallas Mavericks, Gobert was ignored or simply used as a decoy more often than not. If Gobert is used on a more consistent basis in a different environment, who knows what he could accomplish as one of the NBA’s premier lob threats?

Gobert hitting the trade market would result in a feeding frenzy around the Association. Whether it be title contenders or rebuilding teams who feel close to a massive leap, Gobert could be viewed as the missing piece to the puzzle.

Without further ado, let’s dive into five realistic destinations for a Gobert blockbuster deal this offseason.

Chicago knows they’re in desperate need of a defensive jolt. Adding Lonzo Ball and Alex Caruso in the backcourt already brought a new identity to the Bulls, who were seemingly allergic to defense before their arrival. Myles Turner has been mentioned as a possible target for Chicago, but the Indiana Pacers are reportedly expected to keep him long-term. Why not swing for the fences with Gobert? Acquiring the 29-year-old would be a crown-jewel moment for the organization.

Imagine the possibilities for Chicago with Gobert patrolling the paint with Ball and Caruso hawking the perimeter. It’s the perfect complement to offensive dynamos Zach LaVine and DeMar DeRozan. Chicago’s new starting lineup of Ball, Caruso, LaVine, DeRozan and Gobert would seemingly have no holes in it from a two-way perspective.

I absolutely love this idea for Chicago, and they should be blowing up the Jazz’s phone this summer if it seems plausible.

The Knicks are bound to blow it up one way or another soon enough. Julius Randle feels like one of the most obvious trade candidates to potentially hit the market this offseason. If the Knicks are done with Randle, could they parlay him and other young pieces to acquire Gobert? While New York would love to land Mitchell, the Knicks should seriously explore a Gobert trade since the organization needs some sort of game-changing move.

The 2022-23 season feels like a make-or-break year for the current Knicks regime. Head coach Tom Thibodeau’s seat is red-hot, plus the Knicks’ front office has to be itching to make some sort of move to change course from a stale build.

Gobert’s arrival would signal New York is ready to finally ascend the Eastern Conference standings. Sure, Gobert isn’t a true “superstar,” but he’s far and away the most impactful player the Knicks could realistically reel in this offseason. Gobert being the adult in the room for an accelerated rebuild in the Big Apple is a fun scenario, especially as it provides a high-floor outcome immediately.

New York’s current roster has ample flexibility to turn it all over again by 2023. If the Knicks clear out all of their contracts with team options and expiring deals, sans the young core, they will have a max slot open for the loaded 2023 free-agent class. Would Gobert and RJ Barrett be able to sell a star on New York? If Barrett takes the leap forward that many expect, that’s a fun big/wing duo to build around long-term.

Utah will likely want at least another young asset or two in return as part of this projected blockbuster, but the framework is strong enough to build off it.

Want to find the perfect fit for Gobert outside of Utah? The Hawks are the ideal destination for Gobert, who would be able to shine outside of the Jazz’s system. Trae Young pick-and-rolls with Gobert would simply be unfair to try to guard, and it would help insulate their star point guard in a better situation.

Atlanta also has the right amount of assets to make this compelling for Utah to pull the trigger. Whether it be John Collins or Bogdan Bogdanovic, either one could be the centerpiece to a Gobert deal. Also, Atlanta has an upcoming expiring salary in Danilo Gallinari with only $5 million guaranteed on his contract. If you throw together Collins, Gallinari and future draft compensation, it could be enough for the Jazz to take negotiations more seriously. Clint Capela could also be re-routed to another team to free up further cap flexibility as well.

For Atlanta, they are ready to win right now with Young leading the way. With Young, Kevin Huerter, De’Andre Hunter, Onyeka Okongwu and Jalen Johnson, they have a young core that's ready to take the next step. Gobert brings a star piece to an organization that has the urgency to compete right now in the East, and they'll want to bounce back after how they crashed and burned to end their 2021-22 season. Also, the Hawks had the NBA's 26th-ranked defense this season (allowing 112.1 points per 100 possessions), so adding a three-time Defensive Player of the Year could be just what they need.

It wouldn’t be a surprise to see a player of Young’s caliber push for Gobert to join him in Atlanta too. With all the trade rumors swirling around Collins since he signed a five-year extension, this deal makes a lot of sense for both sides to explore further.

Smoke is already forming around this possibility, if the Jazz indeed decide to blow it up in a few months. For the Warriors, it’s an all-in move to create another dynasty in the final prime years of Stephen Curry, Klay Thompson and Draymond Green. With so much young talent climbing the ladder in the reloaded Western Conference, the time is now for the Warriors to make a splashy move to keep themselves atop the standings.

This will be the last time the Warriors can explore potential deals revolving around Andrew Wiggins’ bloated salary as well. Next season, Wiggins will be on an expiring contract making $33.6 million. With Wiggins, Golden State can immediately enter the conversation for Gobert while also having some intriguing young pieces that could appeal to Utah.

Jonathan Kuminga is likely off limits from the Warriors’ perspective, flashing real two-way potential throughout this season. However, what about a combination of Moses Moody and James Wiseman? Instantly, Utah can replenish their young core with two immediate contributors to place alongside Mitchell long-term. Throw in some future draft picks and the Jazz might be the ones who are ready to press “accept” on this hypothetical trade.

Golden State’s new-age lineup of dominance would simply be unfair. Take a look at the Warriors’ projected lineup with Gobert: Curry, Jordan Poole, Thompson, Green and Gobert. With all of the versatility on display here, it could vault Golden State into a different stratosphere entirely.

Here’s a surprise team that could become very aggressive in the Gobert sweepstakes if the chips fall their way this offseason. No. 1 overall pick Cade Cunningham flashed superstar potential for the Pistons during his rookie campaign, especially after the All-Star break.

If the Pistons get lottery luck once more with a top pick in this year’s draft, could they decide to push some chips into the middle of the table for Gobert? Imagine if the Pistons had a trio of Cunningham, Gobert and a top prospect (Jabari Smith or Paolo Banchero?) to build around for the next five-plus years.

For the Pistons, acquiring stars via the draft or trades is the only realistic route to obtaining a game-changing talent. We already saw it on display with their former regime when they traded for Blake Griffin, which led to little progress long-term. Unlike Griffin, Gobert actually fits into the organization's long-term calculus.

From the Jazz’s perspective, they would be asking for a heavy return from a team like Detroit. We’re talking two key pieces to their core as well as veteran wing Jerami Grant. Would the Pistons feel comfortable moving Saddiq Bey and Isaiah Stewart for Gobert? That may be Utah's asking price.