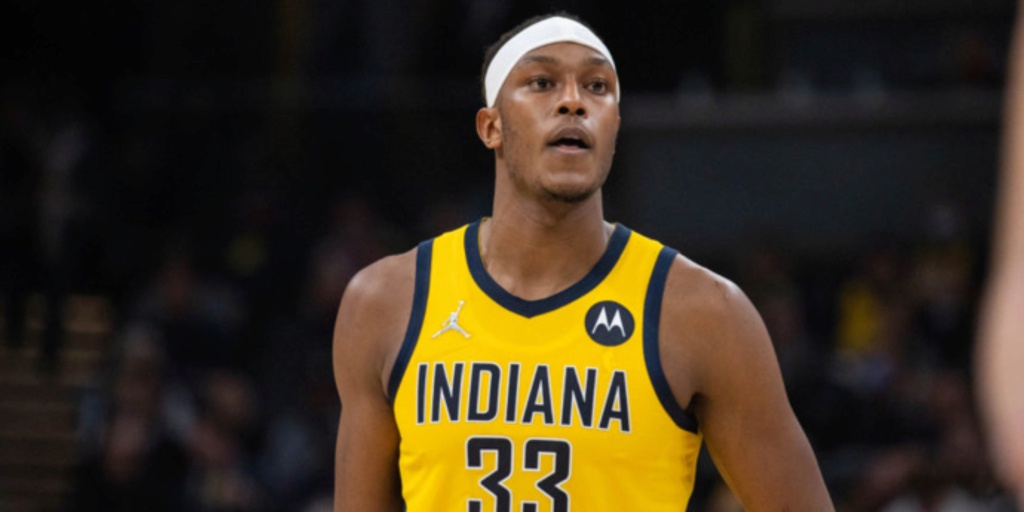 Prior this year's trade deadline, the Indiana Pacers were one of the NBA's busiest teams. When all was said and done, Indiana traded Domantas Sabonis, Caris LeVert, Torrey Craig, Justin Holiday and Jeremy Lamb, shifting their focus to building around their young core.

While Myles Turner's name was popping up in trade rumors quite a bit leading up to Feb. 10, the front office ultimately decided to keep Turner past the deadline. Initially, it was unclear if the Pacers planned to resume trade talks involving Turner over the offseason or if they truly wanted to hold onto him.

Now, we have an answer. According to NBA insider Marc Stein, the Pacers are no longer interested in moving Turner and want to keep him long-term.

On Monday, Turner tweeted that he "can't wait for next season." Privately, he has also expressed excitement about the chance to play with Tyrese Haliburton, whom the Pacers acquired from the Sacramento Kings as part of the Sabonis trade.

Turner has one year remaining on his current contract, and he'll earn $18,000,000 next season. He'll be extension-eligible this summer, so perhaps the two sides can come to an agreement on a new deal.

While Turner has been in the NBA for seven seasons, he just turned 26 years old last month, so he's not much older than Chris Duarte (who turns 25 in June) or Oshae Brissett (who turns 24 in June).

Turner's season ended in mid-January due to a stress reaction in his left foot. Prior to the injury, he averaged 12.9 points, 7.1 rebounds, 2.8 blocks and 1.5 threes in 42 games, while shooting 50.9% from the field, 33.3% from three and 75.2% from the free-throw line. Turner was on pace to lead the NBA in blocks per game for the second-straight season (and the third time in four years).

The Pacers finished the season 25-57, which was the third-worst record in the Eastern Conference. In BasketballNews.com's latest 2022 NBA Mock Draft, Indiana is projected to draft Keegan Murray with the No. 5 overall pick and David Roddy with the No. 31 overall pick.