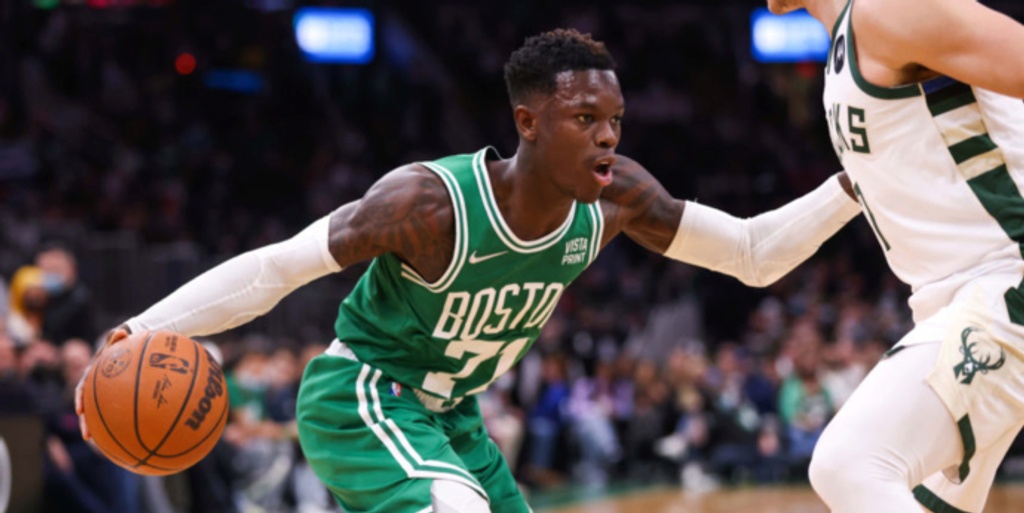 Earlier this week, Shams Charania reported that the Boston Celtics are expected to listen to trade discussions surrounding Dennis Schröder.

It makes sense. Schröder is entering the prime of his career and producing with the Celtics to the tune of 17.5 points, 4.9 assists and 3.6 rebounds per game. He also signed a one-year contract in the offseason for just $5.89 million, and logic signals that he's intending to turn that into a much larger payday next summer.

Dealing Schröder while his value is high before he could leave next offseason seems like proper asset management for Boston. And though I think Schröder provides a unique flavor with his rim pressure and pure speed, I get the reality that, with the Celtics likely not on the path to title contention this season, there's a good chance Schröder gets thrown into the trade carousel.

The questions to ask: What teams could use a potential one-season rental, and what would the Celtics want back? To answer these, let's quickly log Schröder's primary skills shown this season.

The 28-year-old has shifted between a high-usage bench role and a starter for Boston as the team deals with injuries. Schröder can get downhill with impressive burst when he wants to. Per Cleaning the Glass, he's making 64% of his at-rim attempts, in the 78th percentile at his position.

Schröder has also canned an impressive 56% of his corner threes and been a better off-ball option than I initially anticipated. He still seems more comfortable on the ball, where he can dictate the pace and facilitate. Schröder is hitting 33.6% of his overall threes this season, which is right at his career average. He's a streaky but capable long-range shooter who can also pull up in the mid-range with some success. Ultimately, the speed and finishing ability are his signature skills.

In this situation, Schröder is one of the perfect acquisitions for a team needing that last piece to push for a title or get over the hump into the playoffs. But the Celtics are in this weird middle ground; they have plenty of intriguing young players and a first-year head coach, but also plenty of veterans who can support a win-now run... Except they aren't doing enough of the "winning now" part.

What does Boston want back in a trade in general? They could opt to add to their pool of prospects or find more experienced players to fill needs. I truly don't know the best route, so I've chosen a few of each. Below are five trades that make sense for the Celtics, the hypothetic partner and Schröder himself.

All are NBA Trade Machine-approved.

In this scenario, the Celtics return a low-usage 3-and-D player, which fills a shooting need and takes pressure off of Ime Udoka to put too much responsibility on Aaron Nesmith. O'Neale would be an excellent fit in Udoka's switch-heavy defense as a 6-foot-6 wing, and he's currently knocking down over 40% of his three-pointers. Perhaps the Celtics can get an intriguing guard prospect like Butler out of this too since Utah won't be slotting him in the rotation this season.

For the Jazz, it's all about pushing for a title. They're on the cusp, and Schröder could benefit from playing next to or behind Donovan Mitchell. He wouldn't need to be a defensive fulcrum, and could slot in as the primary facilitator off the bench. That would make life much easier for a currently struggling Jordan Clarkson.

It's pretty ironic that the Hawks' search for a backup point guard could take things back to where they all began with Schröder. Under a new regime, maybe it makes sense for Schröder to try again. He'd instantly be second on the depth chart behind Trae Young. The Hawks are 24th in rim frequency and 18th in accuracy, so Schröder can absolutely help collapse the defense.

It's been reported that the Hawks want to move Reddish in exchange for a first-round pick, and they can do so here. The Celtics can take a swing on a high-upside prospect who is only 22 in Reddish while maintaining a team option for the following season. They also get back Gorgui Dieng, who I've always been a personal fan of, to slot in as a sensible third big man. 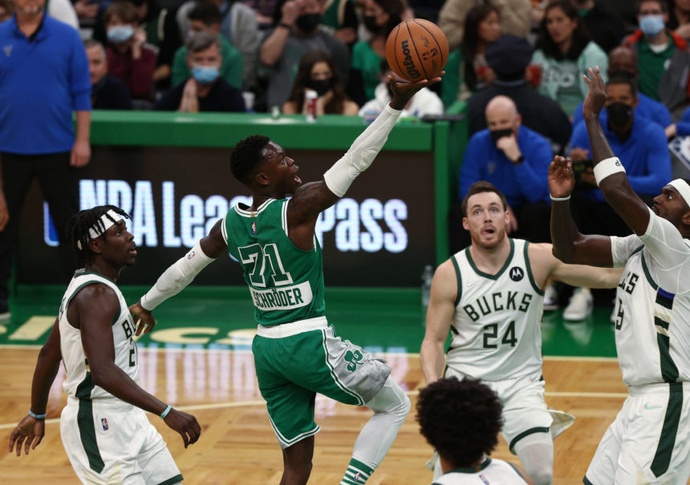 The second George Hill era has not been as kind in Milwaukee. Hill, at age-35, is shooting just 32.4% from long range and has missed time due to injuries. With Donte DiVincenzo on his way back, Grayson Allen shooting the lights out and Jordan Nwora waiting for more minutes, Milwaukee has a plethora of sharpshooting guard/wing hybrids to work with. They can give one up in exchange for some added rim pressure off the bench.

Boston takes on Connaughton, who can operate as a mircowave scorer and cutter while fitting better with Marcus Smart should the two share the backcourt. Connaughton also graduated from St. John's Prep in Massachusetts, so you have some nice local ties there. He's making $5.3 million over the next two seasons.

The Pelicans are reportedly going to be buyers this trade season, which is... something. But if that's true, Schröder is a good bet for them as a team whose guard signings have largely underwhelmed (and who just lost Kira Lewis Jr. for the season due to a torn ACL). Schröder could start for this team and be the downhill threat missing from the current rotation.

Naji Marshall still doesn't get nearly enough love from the Pelicans, so he hopefully would in Boston. The Celtics also add a likely late first-rounder in a draft that could be loaded, and acquire a rock-solid veteran in Temple. None of this severely impacts the all-powerful cap flexibility Brad Stevens is likely hoping to preserve.

Our Nekias Duncan labeled the Celtics as an intriguing fit in his piece on potential destinations for Domantas Sabonis. This is my best attempt at formulating a Sabonis trade without including Jaylen Brown. Boston would certainly love this; it gets a third star-caliber player and ball-moving center, plus a low-usage complementary wing I love in Holiday.

It's trickier to sell this for the Pacers. Part of the appeal is flipping Schröder or Richardson for more prospect pieces. But neither of them comes with significant long-term cap hits, which is a plus. Should Indiana opt for the competitive pseudo-rebuild, both veterans are at least capable rotation pieces.