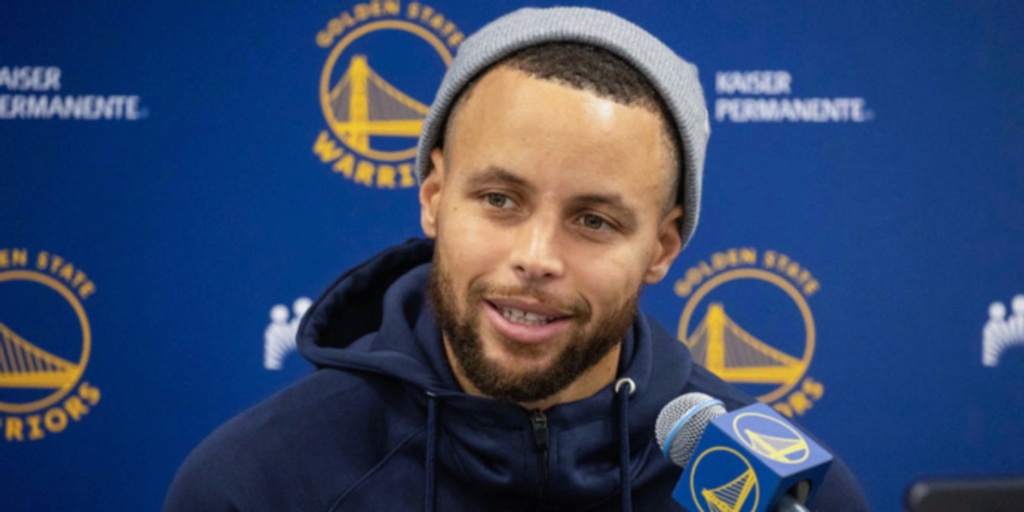 Oscar Robertson has high praise for Steph Curry — off the court

On Tuesday night, Steph Curry became the NBA’s all-time leader in career three-pointers with 2,974 at the Mecca — Madison Square Garden. It was a time of jubilation, and emotions ran high as they paused the game for an embrace with his father Dell Curry, Reggie Miller and Ray Allen, who were on hand to pass the torch. It was certainly a magical NBA moment.

Steph has not only cemented himself in the NBA history books as the greatest shooter ever in the game, but he has changed the way the entire game is played. With that said, he is deserving of the utmost respect for reasons that far exceed his amazing accomplishments on the basketball court.

I had the honor of interviewing Steph Curry for my upcoming book, "Police Brutality and White Supremacy: The Fight Against American Traditions."

When I sat down with Steph after the Golden State Warriors' game against the Washington Wizards in the visiting locker room, the first thing I told him was that I didn’t want to talk about anything really having to do with basketball, but that I wanted to interview him for a book I was putting together about police brutality, racism and how it’s going to take a collective effort to dismantle it.

And without hesitation, he said sure. He looked at the line of other reporters who wanted to ask him about the game, asked them to wait a minute and sat down and talked with me for about 15 minutes. Some of the other reporters were giving me the stank eye, but ESPN's Michael Wilbon stood close by and ear hustled, and told me after that he couldn’t wait for my new book to come out.

I asked Steph about the stance he took of choosing to not visit the White House and his willingness to speak out against police brutality and call out racism, and I told him how much respect the athlete activists of the past had for him — namely Oscar Robertson. He looked at me with a big smile and replied, “Really? I didn’t know that.”

I explained to him that I interviewed The Big O for my book, "We Matter: Athletes And Activism,” and that Oscar spoke for quite some time about how much he respected the way Steph handled the situation at Under Armour in particular, and how he uses his voice and his platform. Oscar said a lot of the guys like Kareem Abdul-Jabbar and Bill Russell have discussed that on many occasions. 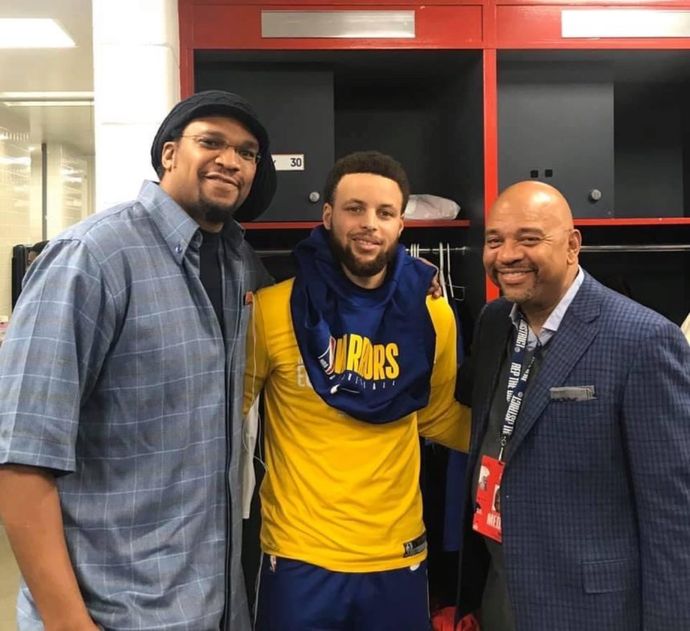 I asked Steph to break down for me how he used his position, platform and power to influence the CEO of Under Armour, Kevin Plank, and to explain what exactly happened:

Curry: "Now as far as Under Armour, Kevin Plank was invited to this council that [Donald] Trump had put together with other major business CEOs, and the smokescreen was that they were trying to figure out how to bring jobs back to America. But, a lot of people saw through it in terms of it being more of a PR stunt, but others didn’t. Our CEO made some glowing comments about Trump being an asset to American businesses and as a person.

"I chimed in because I had a very different opinion and position on Trump. He’s shown exactly who he was on multiple occasions, and I didn't think it was anything worthy of praise in any way, shape or form, and I stood up for what I believed in. The ideals that Trump promotes and the way it permeates throughout our culture, we as athletes with the microphones in front of us and people caring what we have to say, we have an opportunity to be true to who we are and stand up for what is right and against what is wrong. And as a Christian and as a Black man, it really wasn’t a hard position for me personally to take."

Etan: And your CEO, Kevin Plank, backtracked on his statement after that? Because that was the part that Oscar Robertson loved the most.

Curry: I called Kevin before I talked to the media, and I had a lot of questions around what his intentions were and where his mind was in regards to promoting and endorsing Trump — and his plans for working with Trump moving forward. I explained how Trump’s ideals didn’t align with mine. When you’re connected to people from a business perspective the way that I am, I’m in a position to hold their feet to the fire, and that’s what I did. He respected my position and understood where I was coming from."

And that’s what drew high praise from Oscar Robertson, who told me this in "We Matter: Athletes And Activism."

“I get a big smile on my face every time I see one of the current players using their voice," Robertson said. "Like a proud dad watching his son playing ball and making the moves he used to make. I think back to Muhammad Ali, and when he didn’t go into the army... they just didn’t want him to influence other Black kids into not going into the army, because they knew the level of influence he had. Well, the same goes for today. They don’t want these athletes to influence Black kids. They want you to be peaceful, sedated, grateful to them...

"I was so glad to see Curry get upset when the Under Armour guy said he was a big Trump supporter, and you know why? Because they need Curry, and this is why it’s great to take advantage and know who you are.”

Steph Curry has remained unafraid to stand up for what he believes in, whether it’s a popular or an unpopular position. He has publicly denounced Donald Trump, racism and police brutality, and refused to visit the White House after the Warriors won the championship, all while simultaneously speaking about his dedication and committment to his faith. Not just in name of calling himself a “Christian,” but by actively trying to follow the actual teachings of Jesus Christ (and yes, there is a big difference). His courage is unique and important in this day and age.

So while we celebrate the accomplishments of Steph Curry on the court, let’s not forget his bravery and courage off the court as well.