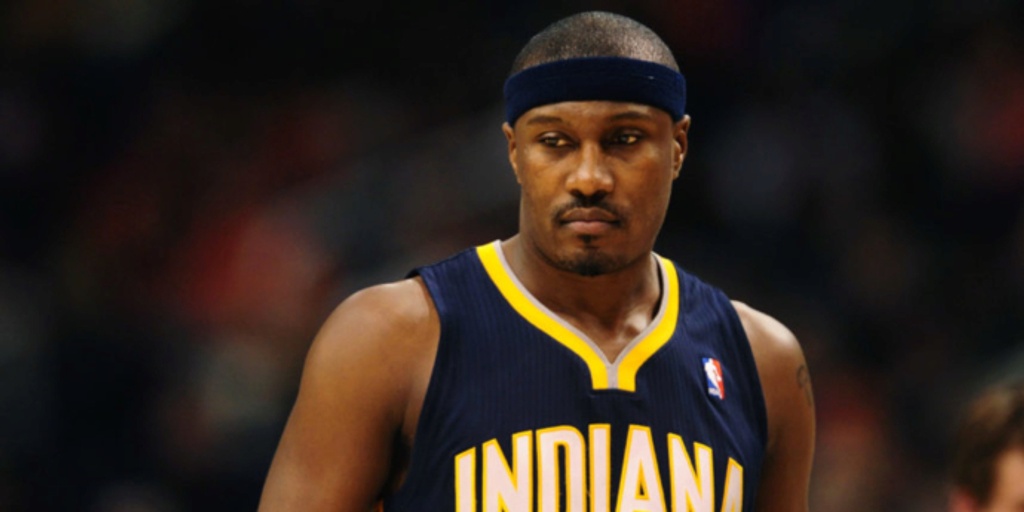 How not getting traded by the Pacers pushed me into retirement

As NBA players, guys might not be the most savvy when it comes to the salary cap and some of those things, but one date that everyone has circled on their calendars is Dec. 15.

Depending on your specific situation, you’re either looking forward to the day or nervous about it. The established superstars know that some of their teammates could be shipped out, while non-superstar players know they could be packing their bags.

Either way, you have that date circled.

Trades are a part of life in the NBA. As we hear all the time, it’s a business. As players, we always understood that there was a bit of a double-standard when it came down to it, though. Teams can trade you whenever they want, but as a player, if you make a trade request, people want to say that you’re spoiled or entitled or that you’re a quitter, things like that.

Sometimes, though, there are valid reasons to request a trade; I know I had my reasons when I asked the Indiana Pacers to trade me back in 2011. They didn’t, and I believe it indirectly ended my playing career.

After my time in Boston came to an end, I signed with New Orleans. They were an up-and-coming team led by Chris Paul and David West — two players I had existing relationships with. I thought I could help get them to the next level, much in the way I helped in Miami and Boston.

At that time, CP was playing at an MVP level, but the Western Conference was no joke. We got eliminated in the first round of the playoffs my first season there, and didn’t even make the playoffs my second season. CP missed 37 games the second year, though, which explains that.

Winning those 37 games should’ve probably been considered an accomplishment, to be honest with you, and there’s no way we would’ve done it without Darren Collison and Marcus Thornton. They both established themselves as good young players in the league, but that meant other teams wanted them. Next thing I knew, I was being traded to Indiana with Darren. I was kinda caught in the middle, and that’s the part of trades that most fans and outsiders can’t really understand.

A big part of the reason I signed with New Orleans was because of my preexisting relationships with CP and West. I wouldn’t really say that the organization recruited me, so to speak, but I also signed there because of the role that I understood I would have. To players, it’s not always only about the contract; a lot of the times, it’s also about the role and the fit.

But in a really short period of time, New Orleans decided they wanted to try something different, and the deal that came together was one that got them Trevor Ariza. They ended up doing a four-team trade with the Rockets, Pacers and Nets. Indiana sent Troy Murphy out in the deal, and got Darren and me back.

I wouldn’t say that Indy didn’t want me or value me, but they really made the deal because of Darren. So I packed my bags again.

I wasn’t happy leaving New Orleans, obviously, but I was able to embrace going to Indy for many of the same reasons I did New Orleans. They were a young team trying to find their way and they had some young players I enjoyed being around. T.J. Ford and I are good friends to this day, and I had an opportunity to see a young Paul George develop some of the habits that turned him into a superstar.

But man, things changed for me, and fast. 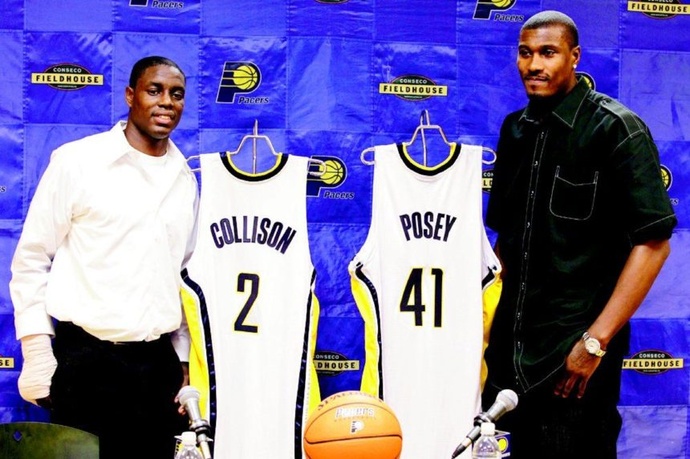 Our coach, Jim O’Brien, was fired after 44 games and one of his young assistants — a guy named Frank Vogel — took over.

The organization’s leadership decided they wanted to focus on developing the team’s younger players and I, at 34 years old, didn’t really fit in with their long-term plans. I went from playing 20 minutes a game to not dressing, and I was perfectly healthy and still felt like I could make a difference. It hurt.

“Like, you mean NOOOOO minutes?” I remember asking him.

Sadly, the answer was no!

He offered me the opportunity to sit in on the coach’s meetings to try to absorb some of his staff’s knowledge, but truth of the matter is that I still wanted to play. I knew I could still make a difference.

So I asked for a trade.

I was a 34-year-old champion who still had a lot left to offer, but I was on a team that was just at a different place in its developmental cycle. It wasn’t a fit, and that happens to a lot of veteran players in the NBA.

Coach Vogel and I had that conversation on Feb. 6, 2011, and it turns out that the trade deadline was on Feb. 24. They didn’t have the time to find a trade, I guess, so I sat on the bench, mostly in street clothes. I watched as our team got eliminated in the first round of the playoffs, and next thing we all knew, the 2011 lockout happened.

Once the lockout ended, Indy waived me using the one-time “amnesty” right they got under the new collective bargaining agreement. I wasn’t too enthused about signing with a new team and having to move during a lockout-shortened season. Remember, the 2011-12 season was only 66 games, and they were crammed into a shortened period of time.

To be honest, though, by the time the 2012-13 season was beginning, I hadn’t gotten the kind of offer I was looking for. Some teams offered me 10-day contracts, which wasn’t something I was willing to accept.

And just like that, my playing career was over.

It felt like one minute I was being courted by New Orleans and having an opportunity to join a young MVP-caliber player, and the next minute, I’m being told by Frank Vogel that I’m not going to play anymore.

It happens fast, and it happens to the best of us, and that’s why players have to take their careers into their own hands when they have the opportunity to.

If KG, LeBron and KD never left the Timberwolves, Cavaliers or Thunder, there’s no guarantee they would’ve ever been able to win a championship. Right now, Damian Lillard is facing a similar situation. Ben Simmons decided that it’s time for him to go.

When I began thinking about it recently and look back at my situation in Indy, I only wonder what could’ve been if I’d requested a trade sooner. Who knows, if I would’ve asked earlier, maybe I would’ve landed in a better situation. Maybe my playing career wouldn’t have ended the way it did.

I never told that story before, but today, on Dec. 15 — when NBA trade season officially begins — it seemed appropriate.