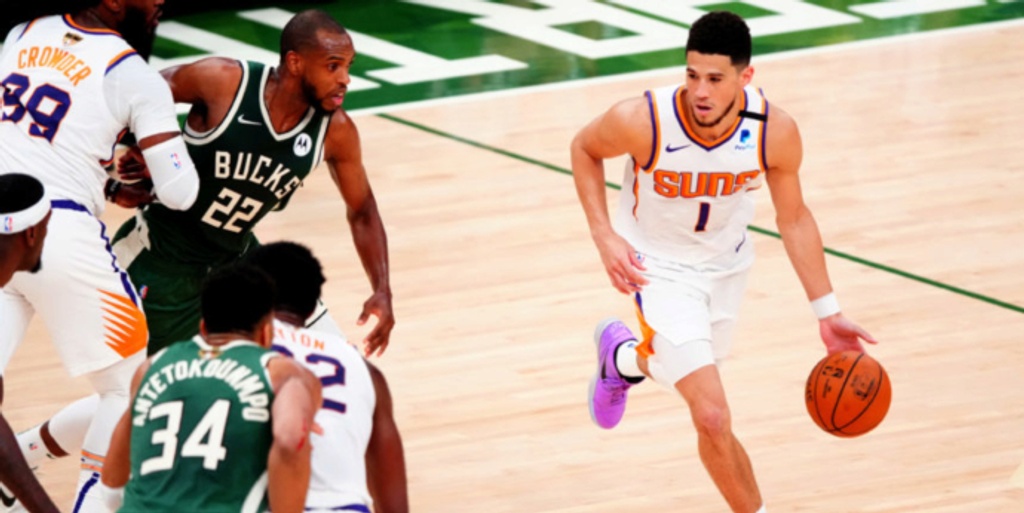 The Phoenix Suns take on the Milwaukee Bucks tonight in Game 4 of the NBA Finals. The Bucks dominated Game 3 from the jump, defeating the Suns 120-100. Giannis Antetokounmpo led the way for Milwaukee’s squad with 41 points. DraftKings Sportsbook currently has Phoenix as -250 favorites to win the Finals, and on the flip side, Milwaukee sits at +200 to win it all.

Can the Suns bounce back? Let’s take a look at who has the edge in Game 4 and find out the BetQL’s NBA best bets for this Finals matchup.

After it looked like Phoenix was going to run away with the series, Giannis and Co. showed just how effective they could be at home. Oddsmakers also liked what they saw from the Bucks in Game 3, and have made Milwaukee 5-point favorites in tonight's matchup. They also anticipate a similar scoring output, and have set the total at 221.

The Suns were flat from the tip, which allowed the Bucks to take advantage as the game went on. Phoenix players looked a step slow, and it showed in the stats. The Bucks outrebounded the Suns 47-36, and had more assists and steals by the end of the night. Phoenix also was ice cold from three-point land, going just 9-for-31 (29%). The Suns only scored 100 points, too, which isn’t like them, as they rank No. 5 in offensive efficiency and No. 7 in points scored.

Antetokounmpo had a huge third quarter in Game 3, scoring 16 points. He finished the outing with his second consecutive 40-point game, carrying the Bucks in what was a must-win situation. The Bucks did get 18 points from Khris Middleton and 21 from Jrue Holiday, which was a great sign for the team moving forward.

Phoenix has a balanced attack and should come out with more energy tonight, so Milwaukee will need another huge game from their Big Three if they want to tie this series up at 2-2. 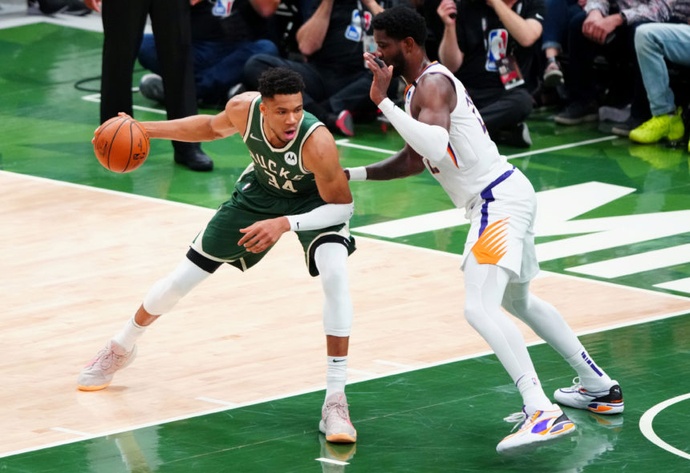 One big X-factor to watch tonight is Phoenix big man Deandre Ayton. When he's been on the floor, the Suns have been dominant on both ends, as Ayton has a plus-minus of +17 in the NBA Finals. He had a great start to Game 3, but was limited to just 24 minutes due to foul trouble. As soon as Ayton went out of the game, the Greek Freak took advantage, and Milwaukee's lead ballooned. It'll be vital for Ayton to stay on the floor if Phoenix wants to steal this road game.

Another star player to keep an eye on is Devin Booker. The Suns guard laid an egg last game, scoring just 10 points on just 3-for-14 from the field, including 1-for-7 from long range. Booker averaged 29 points in Phoenix’s first two games. He’ll need to heat up for the Suns to avenge their Game 3 loss.

The public is on the Bucks tonight, with 65% of the tickets on Milwaukee. Bettors are also loving the over, with 66% of gamblers hitting the Over 221.

Recency bias is definitely kicking in due to Milwaukee’s blowout victory in Game 3, and it’s hard to see Phoenix going that cold from deep again. The BetQL team likes the Suns to make this a ballgame tonight, which means this one should come down to the wire. Look for Game 4 to be the first real nail-biter of the series, as both teams will try desperately to win tonight’s big swing game.

Phoenix has played well after losses this season. Over their last 18 games following a loss, the Suns are 15-3 straight up and 14-4 against the spread. Pretty, pretty good.

The BetQL team has Phoenix as live dogs tonight, meaning we think they will win straight up, so we’ll gladly grab the 5 points in this situation.

BetQL’s NBA model has run 10,000 simulations of this game to provide insight on how the game will pan out, and after all those simulations, the model likes the Suns +5. Currently, the point spread of this game sits at (+/- 5) with the Bucks as home favorites. BetQL’s model would have made the Suns 2.5-point underdogs tonight, meaning there is big betting value on them at +5. Keep reading below to get picks from the experts at BetQL.

BetQL’s NBA model is leaning towards the Suns with a 3-star rating on the game, and projects the final score to be Suns 109.5, Bucks 112. According to the expert bettors they are backing the Suns as of now too, but be sure to check back with BetQL to see the most updated odds, lines and spreads for this game before tip.

The over/ under for this game is set to 221 points. The BetQL model recommends taking the over for this game, and has a 1-star play on the current number.

The BetQL computer model has identified a 5-star prop that we like for tonight’s matchup in Bobby Portis OVER 11.5 points, rebounds, and assists. The Bucks big man had 11 points, 8 rebounds and 1 assist in his last outing, and the model projects another big game for him.

Pick: The Bet QL team is backing the model and taking Portis to go over his PRA mark tonight.