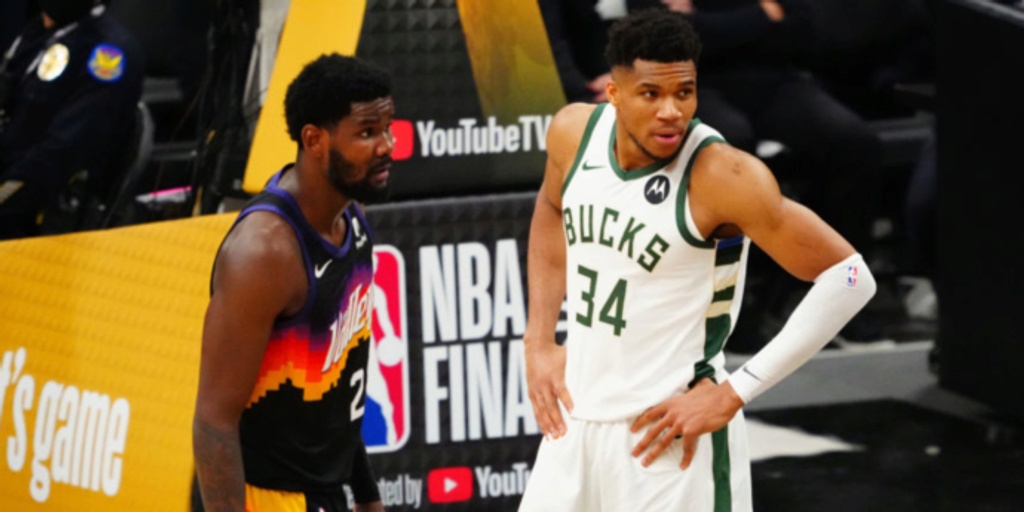 The NBA Finals started off with a bang for the Phoenix Suns, who took down the Milwaukee Bucks 118-105 in Game 1. Giannis Antetokounmpo made his return for the Bucks, which bodes well for Milwaukee long-term. DraftKings Sportsbook has made Phoenix a -290 favorite to win the Finals after going up 1-0. On the flip side, Milwaukee sits at +235 to win it all.

Can the Bucks bounce back? Will they find a way to defend the pick-and-roll better? Let’s take a look at who has the edge in Game 2 and find out the BetQL’s NBA best bets for this NBA Finals matchup.

The big story in Game 1, besides the Suns winning, was The Greek Freak’s return. The two-time MVP surprised everyone and played in Game 1. While he might not be 100%, Giannis looked like himself, scoring 20 points and grabbing 17 rebounds in 35 minutes. Either way, the Bucks should be ecstatic that he is back for this series.

Offensively, the Suns were able to get a ton of easy buckets in transition and through their halfcourt pick-and-roll sets. Transition makes sense, as it was a quick turnaround from the Eastern Conference Finals to Game 1 for Milwaukee. However, Phoenix was able to take advantage of Milwaukee’s Brook Lopez and Bobby Portis all game long, as the Bucks' bigs switched onto Chris Paul and Devin Booker for most of the night. CP3 and Booker took turns roasting the big guys, and combined for 59 points and 15 assists on their way to victory. You’d expect Milwaukee coach Mike Budenholzer to make some defensive adjustments to give his team a better shot tonight.

Milwaukee also struggled at the free-throw line, as the Bucks shot a putrid 9-for-16 (56.3%) from the line. The team will need to find a way to increase its overall attempts as well, as the Suns shot 26 free throws to the Bucks’ 16. Either way, they'll need to shoot a higher percentage from the charity stripe if they want to win or cover tonight's line.

While Khris Middleton and Antetokounmpo stepped up in Game 1, Jrue Holiday was a no-show. Milwaukee’s guard will need to play much better than he did in his last outing, where he scored just 10 points. He also took some bad shots and wasn’t his usual self on the defensive side of the ball, either.

As for the pace of Game 1? It was fast, with over 101 possessions, according to NBA.com. The faster the pace, the more it favors Milwaukee in the long run as the series gets deeper. The Bucks like to go fast, playing at the second-fastest pace in the NBA. On the flip side, Phoenix likes to usually slow the contest into a half-court game, ranking 26th in pace.

With Giannis back and the Bucks recovered both mentally and physically, the BetQL team expects a much better effort from Milwaukee tonight; the rest should also help limit transition points. Look for Milwaukee to defend the pick-and-roll differently, as well. This game should come down to the wire, so grab the points.

BetQL’s NBA model has run 10,000 simulations of this game to provide insight on how the game will pan out, and after all those simulations, the model likes the Bucks +5. Currently, the point spread of this game sits at +/- 5 with the Suns as home favorites. BetQL’s model would have made Milwaukee 4-point underdogs tonight, meaning there is betting value on them at +5. Keep reading below to get picks from the experts at BetQL.

BetQL’s NBA model is leaning towards the Bucks with a 2-star rating on the game, and projects the final score to be Suns 112.5, Bucks 108.5. Expert bettors are backing the Bucks as of now, too, but be sure to check back with BetQL to see the most updated odds, lines and spreads for this game before tip.

The over/under for this game is set to 220.5 points. The BetQL model recommends taking the over for this game, and has a 1-star play on the current number.

The BetQL computer model has identified a 5-star prop that the team likes for tonight’s matchup in Khris Middleton UNDER 25.5 points (-107).

Pick: The BetQL team is backing the model and taking Middleton to go under his point-mark tonight.

As a Basketball News reader you can get access to BetQL for 30% off when you use the code BBN30, check out BetQL and win the rest of your bets for the playoffs