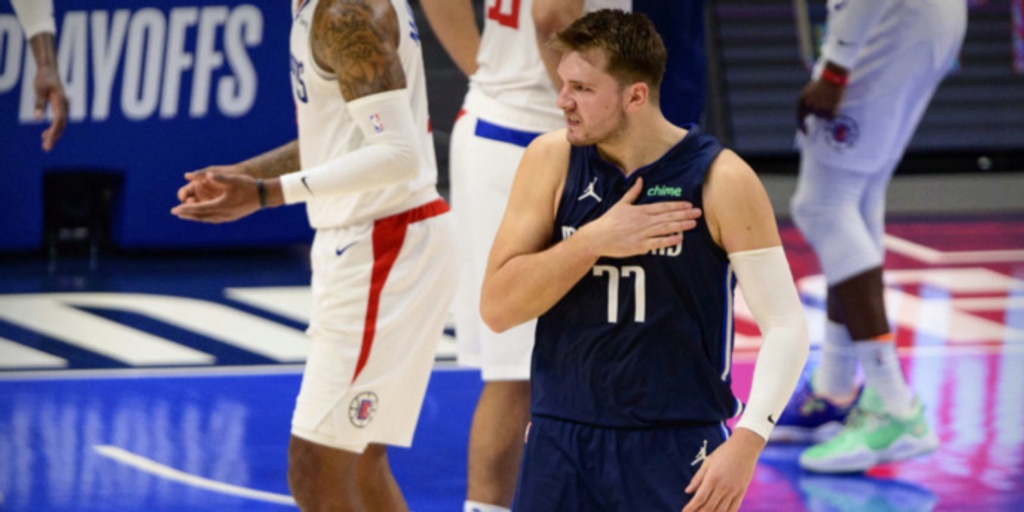 Everything you need to know ahead of Clippers-Mavericks Game 6

The Los Angeles Clippers head to Dallas tonight to take on the Mavericks in a do-or-die Game 6 spot.

Luka Doncic continued his brilliant play in Game 5, going off for 42 points, and more importantly, a Dallas road win. But, if there’s one thing to know about Kawhi Leonard, it’s that he’s one of the best postseason players ever, so you know he is going to bring it tonight, which is why tonight’s matchup will be a fun one to watch from a fan and bettor’s perspective.

The Mavericks win has once again shifted the series odds with Dallas now favored to win the series at -182 at DraftKings Sportsbook.

Can the Clippers force a Game 7 and bring the series back to Los Angeles? Let’s take a look at who has the edge in Game 6 and find out which side and total BetQL’s NBA best bet model is picking in this game.

Doncic is putting on a show this series, averaging 35.0 points, 9.4 assists and 8.0 rebounds per game. He’s also shooting 47.6% from the field and 40.4% from three-point land. If the Clippers want to have any chance of winning this game tonight, they are going to need to come up with a way to slow down Dallas’ superstar. On the other hand, the Mavericks will need someone other than Doncic to step up offensively if they want to close out this series. One player to keep an eye on tonight for that role is Kristaps Porzingis. The Mavericks big man was flat out bad last game, but if the Clippers double or trap Doncic tonight, he will need to help pick up the load. Porzingis is averaging just 13.8 points per game this series, but scored 20.1 points per game during the regular season — he's a big part of this offense. He also scored 21.5 points per outing at home and 16.5 PPG against the Clippers during the regular season.

On the flip side, the superstar duo of Kawhi Leonard and Paul George will be counted on by Los Angeles to come through in the clutch. Leonard, whose first four games of the series were great, is coming off of a tough outing, at least by his standards. Kawhi went 7-for-19 from the field and a putrid 1-for-7 from long range. Leonard is one of the most consistent players in the game, so look for him to bounce back in this spot.

Speaking of consistency, PG has actually played well in this series, scoring 20 or more points in all five games. But he also made two crucial turnovers down the stretch in Game 5, and they didn’t help. This is the playoffs, so fans and bettors expect more out of George in these types of situations, and understandably so. The Clippers were huge favorites coming in, so to be on the brink of elimination in Game 6 is a tough pill to swallow. Both Leonard and George will need to carry the load offensively and lock up defensively for Los Angeles to defeat Dallas.

The Mavericks finished the regular season with a 21-15 home record, while the Clippers were 21-15 on the road. Offensively, Los Angeles scores 3.2 more points at home than they do on the road.

Dallas leads this series because of their offense, which is scoring 116.3 points per 100 possessions. Offensively, the Mavericks rank ninth in offensive rating and they love to shoot threes. Dallas ranks sixth in three-point attempts and eighth in three-pointers made, so look for them to continue to let it fly from deep. If the Clippers do try to take away Doncic, that should open up the floor for Porzingis, Tim Hardaway Jr. and Dorian Finney-Smith to all get good looks from distance. 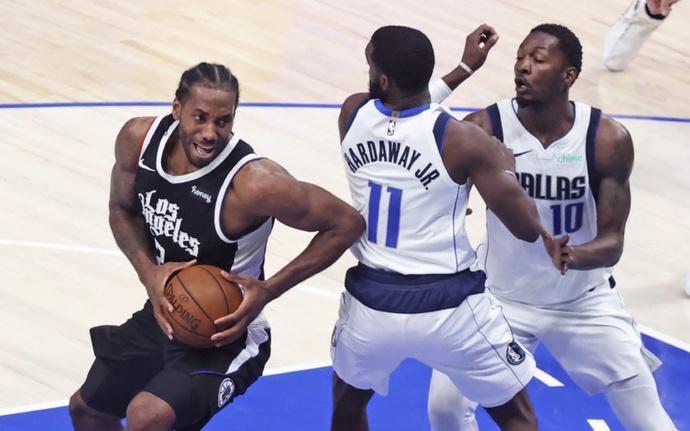 Stats-wise, Game 5 was pretty even, so tonight might just come down to who wants it more.

Loose balls and hustle points may make the difference, and Dallas has to prove it can actually win a game at the American Airlines Center. Neither team has won a home game yet in this series, which is very rare.

Gambling wise, bettors are expecting the Clippers to tie up the series, with 63% expecting Los Angeles to cover in this spot.

With an opportunity to close out the series, this game may play out similarly to Nuggets-Blazers Game 6. Everyone was expecting Portland to take it to seven, but Nikola Jokic dominated, and he was able to get help from Michael Porter Jr to close it out. Doncic should be able to get his, so if Porzingis can step up, watch out.

BetQL’s NBA model has run 10,000 simulations of this game to provide insight on how the game will pan out, and after all those simulations, the model leans the Mavericks +3. Currently, the point spread of this game sits at +/- 3 with Los Angeles as road favorites, but BetQL’s model would have placed the line at Clippers -2, meaning there is some betting value on the Mavericks in this game at +3. Keep reading below to get picks from the experts at BetQL.

The model is leaning towards the Mavericks with a 2-star rating on the game, and projects the final score to be Clippers 110.5, Mavericks 109. As highlighted with some stats and insights above, it’s hard to argue with the model on this pick. This series has gone back and forth, but look for Doncic to continue to cook.

BetQL is backing the model and betting Dallas +3, and according to the sharp bettors they are backing the Mavs as well, but be sure to check back with BetQL to see the most updated odds, lines, and spreads for this game before tip.

The over/ under for this game is set to 216.5 points. The BetQL model recommends taking Over 216.5 for this game. This is a must win situation for the Clippers, so they will scratch and claw until the very end. That should mean some late free throws for Dallas if Los Angeles is down late in the fourth quarter. Doncic and his teammates should play better at home than they have in this series too. For all those reasons, betting with BetQL’s 3-star pick and taking the over is the way to go.

If you want to check out BetQL’s over-under picks for the rest of the NBA playoffs make sure to check out their site for those picks.

The BetQL computer model has identified a good 3-star prop for tonight’s matchup in Nicolas Batum under 5.5 rebounds. Batum averaged 4.7 boards per game during the year and five rebounds per game vs. the Mavericks during the regular season. His rebounding output has been up-and-down on a game-to-game basis, so this should be close... But you can confidently back the model here.

Pick: Back the model and take Batum under 5.5 rebounds tonight.