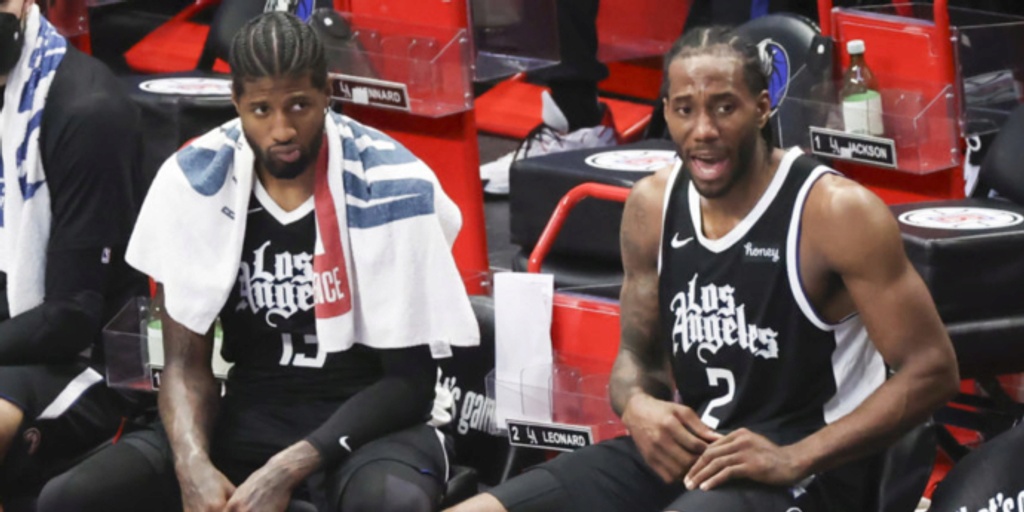 The Los Angeles Clippers are in attack mode, and specifically, it’s coming from their stars.

Entering Tuesday night’s slate of playoff games with an even playing field at four contests apiece, Paul George and Kawhi Leonard ranked second (62) and fourth (47) respectively in total drive points in the postseason (coming into today, each is in the top eight in average). Both Clipper swingmen are converting at least 60% of those field goals, as well.

Rim pressuring was a big talking point this season, notably with George since he had a tendency to settle for jump shots on isolations and pick-and-rolls when he wasn’t playmaking. Now, he’s doing a little bit of both and maintaining a solid scoring output along with it. Leonard’s always been a load to handle off the dribble, picking his spots maybe better than anybody else in the NBA and doing it at his own pace.

Between LA’s “other” superstar duo, there have been just five turnovers on 131 drives. Leonard and George are getting to the free throw line, taking it aggressively to the rack and opening up their shooters for good looks. The issue has been that the Clippers just haven’t knocked them down, including George, as the team is shooting just a hair over 37% from long distance on wide-open threes, per NBA.com; in the regular season, they were knocking down over 44% of those. Translation: if they find their usual mark, the Clippers will be just fine.

George and Leonard can get their own buckets, and they’ve been in plenty of pick-and-roll situations where they’ve gotten downhill, but Rajon Rondo’s ability to create for them has been huge. Rondo has assisted on 15 field goals between the two combined, and 11 of those helpers have gone to Leonard.

Offense hasn’t really been an issue for LA in this series due to the lack of interior defense from the Dallas Mavericks. Though the Mavs’ best perimeter defenders -- Dorian Finney-Smith, Josh Richardson and Maxi Kleber -- have given Leonard and George something to think about, it’s difficult to limit these guys from bolting to the cup.

The Clipper tandem has been a headache in transition, too. Leonard hasn’t had an ounce of hesitation on the fastbreak to let it fly from three or put it on the floor. As specified by InStat, 33 points have been created by Leonard’s 17 transition possessions. And while George hasn’t had quite as many chances as his partner, he is still averaging 1.25 points per possession in the series in that category.

Of the three pairs of teammates in the playoffs that are top 15 in scoring and field goal percentage with a minimum of 15 field goal attempts (Kevin Durant and James Harden, Ja Morant and Dillon Brooks are the others), Leonard and George have the highest combined FG percentage at 56.3%.

Kawhi is averaging 33 points per game on ridiculous 62.7/47.6/87.5 shooting splits, while George is scoring 25 points a night and shooting 94.7% from the charity stripe with only one missed free throw.

If this series takes a turn toward the Clippers’ favor in Game 5, it will be due to the All-Star combo that has led the way.