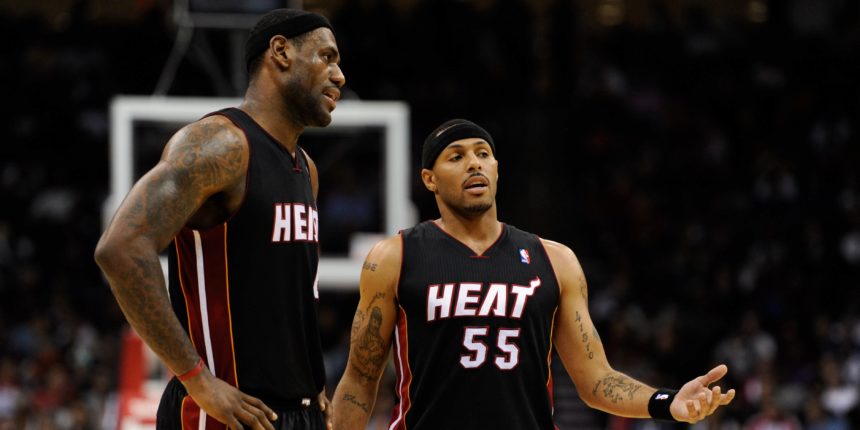 If there is a player in NBA history whose career has been picked apart detail by detail, it’s LeBron James. Since day one of his career, LeBron’s every move has been in the spotlight as the proclaimed “Chosen One” had to live up to his nickname. Sure, LeBron brought the hype upon himself, but he delivered, accomplishing an illustrious career that is still going. Rings, MVP titles, All-NBA teams and numerous highlights all have contributed to "The King" and his legendary status.

But among all of those incredible feats LeBron has accomplished, he couldn't avoid a few bad moments too. Numerous NBA Finals losses, controversial off-court statements and switching teams have made LeBron easily one of the most hated players in the league in addition to being the face of the NBA. But to many, the worst moment of LeBron’s career happened in 2011.

After becoming the villain and joining forces with Dwyane Wade and Chris Bosh in Miami, LeBron was public enemy number one, hated for leaving his original franchise to form a super-team in pursuit of a ring. Anything but a championship would have been a fatal disappointment — and that’s precisely what happened.

Going into the Finals against Dirk Nowitzki’s Dallas Mavericks, LeBron’s Heat were the heavy favorites, although few rooted for them. The first season in Miami was at the finish line, and LeBron had the chance to shut up all the critics and win his first ring. As if the Heat weren’t hated enough, mocking Dirk with the fake coughing alongside Wade made LeBron, and the Heat, even more scrutinized. It ended up motivating Dirk to simply destroy them.

The Mavericks ended up winning the series in six games and shocked the Heat. It was an utter disappointment and the kind of meltdown we had never ever seen from a superstar at that level. For some, that moment alone disqualified him from the GOAT conversation.

LeBron's teammate during that time, Eddie House, went on Undisputed a few years ago and echoed this sentiment. He provided perspective on what happend and talked about how James simply didn’t show up. House said that it was something Michael Jordan never did in a playoff and Finals setting.

“I can’t get over the fact he didn’t show up in Dallas," House said. "Not only because I was on the team, but the fact he was the best player and everybody was dependent on him to show up and do what he does, and he was M.I.A. He had a bad series. Jordan never had that. People killed James Harden for having a bad series [in 2017], but [are] you going to say somebody who quit in the Finals — the end of everything, when all the marbles are on the table — that he’s the greatest of all time? I can’t buy it.”

Considering House was LeBron’s teammate in those Finals, and a respected veteran presence, that statement holds a lot of weight.

It was LeBron like we have never seen him before, averaging only 17.8 points, 7.2 rebounds and 6.2 assists per game. Not a lousy stat line, but for a superstar considered to be one of the best in history, it was not nearly enough — especially if you add in an 8-point performance in a crucial Game 4.

LeBron has had a number of those lackluster outings and mental blocks during his career, though he has certainly persevered and shown up in a big way on other occassions. Whether he's surpassed MJ or not is up for debate, but one thing is for sure: These moments are the first pieces of evidence MJ fans will rely upon when debating over the GOAT conversation. And with sound reasoning. If you want to be the best, you must consistently perform when the stakes are the highest.