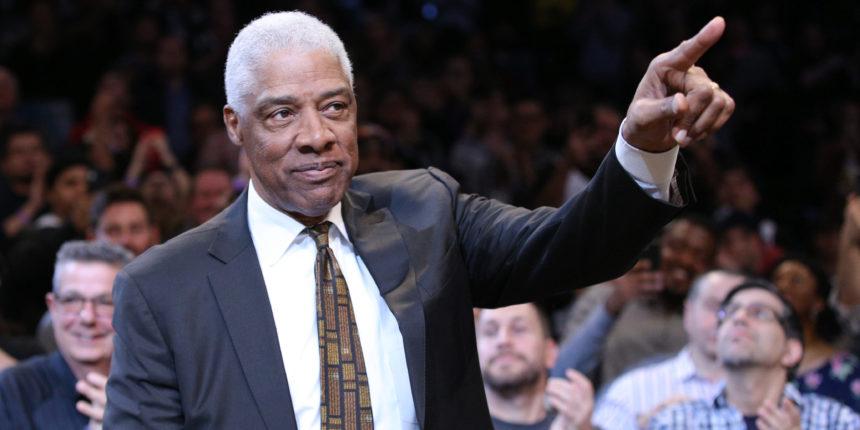 Dr. J shares 'the only guy Wilt Chamberlain was scared of' in the NBA

It’s hard to think of any players throughout NBA history that were as dominant and imposing on the court as Wilt Chamberlain. “The Big Dipper” is immortalized in history as one of the best players ever, setting numerous statistical records that will most likely never be broken. At 7-foot-1, Wilt was an athletic giant who was ahead of its time, presenting an unsolvable case for most of the big men of his era.

The physical stature, skill, confidence and aura around Wilt made him the most feared matchup for the whole league, as you were getting 50-pieced with 20 rebounds on a nightly basis with ease. But even though Wilt dominated the NBA for the whole of his career, even he had to face some tough matchups from time to time. His biggest rival was Bill Russell, as his Celtics teams robbed Wilt of getting more than two rings on his resume.

You may think Russell was the only player Wilt didn’t like to face, but there was one player you wouldn’t think of instantly who apparently gave Wilt real problems. Julius Erving recently joined Darius Miles and Quentin Richardson on the "Knuckleheads" podcast and discussed various interesting topics.

Since Dr. J is remembered as one of the best dunkers in NBA history, the crew wanted to know Erving’s favorite dunk from his career. Erving picked a monster dunk over the legendary Elvin Hayes, but along the way of telling the story of that day, he slipped in an interesting note about Big E’s teammate Wes Unseld being one of the most rugged players in the game and the only guy Wilt feared:

“I’m going in the lane, and that damn Wes Unseld was back there helping, and Elvin. I knew Unseld would hurt you and not even blink,” Erving said on The Knuckleheads Podcast. “He would take the courage from the other players on your team because they wouldn’t even come out and come to your rescue. Might not even come pick you up because they gonna get hit by him too. So he was the only guy Wilt was scared of in the league, and I always heard that before I got over to the league.”

It’s hard to imagine someone as imposing, confident and dominant as Wilt being afraid of anyone, but the legendary Hall-of-Famer Wes Unseld was apparently a thorn in his side. At just 6-foot-7, Unseld was one of those stern and strong undersized big men, who used his basketball IQ and fearlessness to handle his own in the paint. He wasn’t the most skilled guy, but Unseld still managed to average a double-double while pulling down 14 rebounds per game for his whole career. A true enforcer and fighter.

That type of player will make anyone work, even the great Wilt Chamberlain. Unseld likely made Wilt work for every bucket and sent him home bruised. Sometimes, that is enough to make you simply hate playing against the guy.