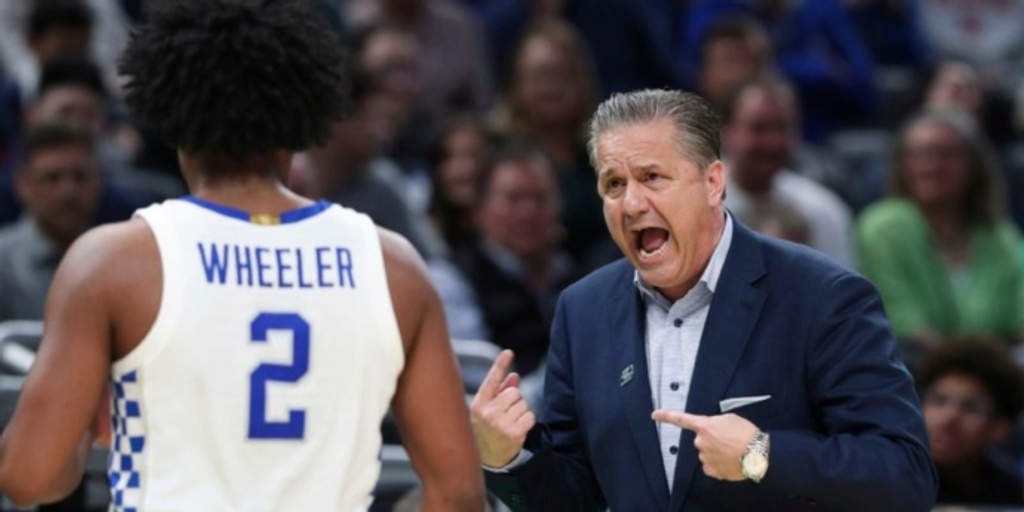 It was the upset that ruined the majority of March Madness brackets.

On Thursday night, 15-seeded Saint Peter’s shocked the world by slaying Goliath, the 2-seeded Kentucky Wildcats, in the first round of the NCAA Tournament. Many publications had Kentucky as 20-point favorites against the Peacocks, but as the Wildcats found out, seeds and favorites mean nothing once it’s gametime.

Daryl Banks III led the way with 27 points, while Doug Edert poured in 20 off the bench to overcome a 30-point, 16-rebound explosion by Kentucky star Oscar Tshiebwe.

It’s important to note that Kentucky had never lost to a team lower than an 11-seed in the history of the program. And they hadn't lost in the first round since 2008, when they were the No. 11 seed and were defeated 74-66 by 6-seeded Marquette.

In fact, the last time they lost in the first-round as a higher seed was back in 1987, when they came up short in a 8-seed vs. 9-seed game against Ohio State.

So yes, for Kentucky faithful, this upset was disastrous, cataclysmic, devastating, catastrophic and every other adjective fans have used since Thursday night.

I caught up with Derek Anderson — who helped lead Kentucky to a national championship in 1996 before becoming a lottery pick and 11-year NBA veteran — to get his thoughts on the upset.

Etan Thomas: "Okay, DA, the dust has settled a bit after the shocking loss. What was your reaction?"

Derek Anderson: "Well, as a fan, you’re definitely disappointed. As a former player, you’re hurt for various reasons — bragging rights being one of them. I had us going to the championship. But just watching the game, a lot of these young guys are just not being trained to make in-game adjustments and some of the decision-making was just frustrating. I mean, fans are upset, and they have good reason to be upset.

"As a former player, we would’ve known to make certain adjustments because they were guarding [Sahvir] Wheeler differently. I don’t know if you remember but with the San Antonio Spurs, when Avery Johnson couldn’t shoot, they put him on the baseline. So when they were trying to match-up, they kept him down there, and that’s where he hit his open shots. It was just frustrating. But the team played hard, no doubt about that. There was no quit in them. I love Oscar’s work ethic. [Keion] Brooks did well. They gave it their all, so that wasn’t the issue. But the adjustments just weren’t there and that’s unfortunate." 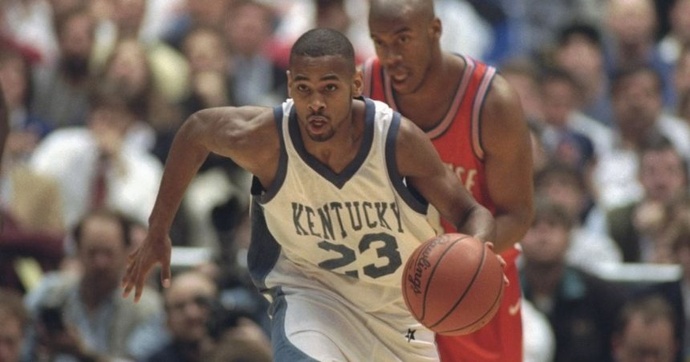 Thomas: "In the postgame press conference, Coach Calipari pointed out that ya'll were up by six with three minutes to go. What do you think went wrong?"

Anderson: "Well, the team took a timeout and went zone. So they made the adjustment and to be quite honest, we didn’t adjust. We were fortunate to send it to overtime. But if we would’ve adjusted, had Oscar set some screens up and then hit the glass, had two guys up top and Oscar could’ve filled the baseline and had Brooks or someone catch in that free-throw-line area and had those two guys crash and get in that lane, I think we would’ve had a better chance. But we simply didn’t adjust."

Thomas: "How impressed were you with Shaheen Holloway? I played against him for four years while he was at Seton Hall, and he used to always give us fits. He’s been doing a phenomenal job coaching. I’m happy for him."

Anderson: "I was super impressed. I’m watching a lot of these young coaches do really well. He’s a former player and he actually gets adjusting. He said, 'Hey, we gotta adjust. We can’t guard Oscar one-on-one, so we gotta change it up.' And unfortunately, we didn’t adjust to his adjustment. And that was the game. Shaheen did a great job. Even the body language; he never got down, so they never got down. His head was up, so their heads were up. He never panicked, so they never panicked. He did a tremendous job."

Thomas: "I know a lot of people are upset about the loss and it's raw emotions, but a lot of Kentucky faithful are saying that there may need to be a coaching change with Calipari. What are your thoughts?"

Anderson: "Kentucky fans are passionate. They want to win. It’s great that it’s an amazing catapult to the NBA, but Kentucky fans want to see the team win, period. It was a tragic loss — the first time we have ever lost to a team that was the 15th seed. And that’s absolutely no disrespect to Saint Peter’s, because they’re hoopers obviously, right? People get too caught up with rankings sometimes, but I think the raw emotions of the UK fans are more about winning than it is about the coach."

Thomas: "Okay, that’s fair. But now that a little time has passed and the dust has settled a little, what does Derek Anderson say about whether there should be a coaching change?"

Anderson: "Well, I don’t want to say anything negative about Calipari because it’s still raw emotions; it hasn’t even been 48 hours yet. But I will say: I wish he would’ve made different adjustments, like we all do. I don’t have any ill feelings towards him, I just wish we would’ve made adjustments during the game."

Thomas: "So, what’s next for Kentucky? I’ve seen things written and comparisons to Virginia when they lost to a low seed and then came back and won the championship the next season. What are your thoughts about what to expect next year?"

Anderson: "I think TyTy is really built for the NBA. He's really good one-on-one in open space. I think Oscar has a great opportunity to pursue his dreams, help his Mom get here; he has other things he’s thinking about to help his family and I don’t blame him at all for that, and nobody else should either. So I think those two guys will probably leave, if anybody. I think the rest of the guys would benefit from coming back, staying, growing. I don’t know how good we’ll be; we just had a de-commit from one of the top players (Skyy Clark), so I’m not sure.

"But we really need some leadership. I think we need to look into this transfer portal and get someone like Oscar who has been playing some basketball for a few years and can lead the team. Wheeler is a good player, just struggled with his shooting, but he did everything else really well. It all depends on who comes and then I can give you a better evaluation. But whoever we bring in, we have to be able to make adjustments during the game or it won’t matter. Adjustments are what wins games."