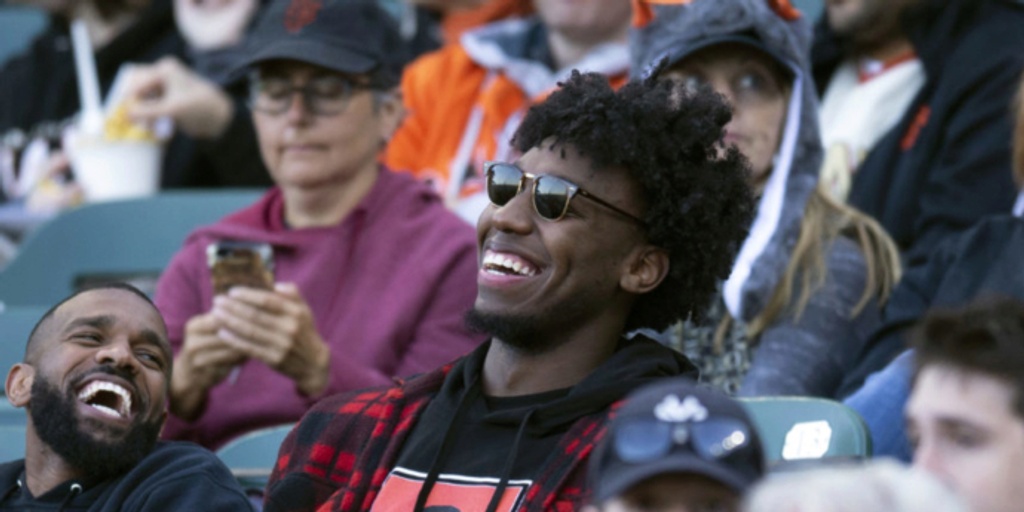 Warriors' Wiseman experiences a setback in his recovery from knee injury

Golden State Warriors' center James Wiseman experienced a setback in his recovery from a knee injury, according to The Athletic's Anthony Slater.

James Wiseman's return to the Warriors has stalled, sources tell @ThompsonScribe and me. Swelling in his right knee. Not practicing with the Warriors the past two days, as initially planned. Won't play in Santa Cruz tomorrow. Status beyond uncertain. https://t.co/9eOAtSIOGT

Wiseman's recovery was on track until recently. He had been assigned to the team's G League affiliate in Santa Cruz, where he averaged 17.3 points and 9.7 rebounds in three games before being recalled by Golden State. Unfortunately, Wiseman experieinced swelling in his right knee. There is no timetable for a return.

The second-year big man suffered a torn meniscus last April from which he is still recovering. Wiseman showed promise when healthy last season, averaging 11.5 points and 5.8 rebounds in 21.4 minutes per game; however ,he was limited to only 39 games.

With 12 games remaining, the Warriors still have unanswered questions about their rotation -- namely, when will Steph Curry return from his own injury and how effectively will Kevon Looney and Draymond Green hold down the center position? The team would have benefited from Wiseman returning prior to the playoffs. Unfortunately for Golden State, that now appears unlikely.