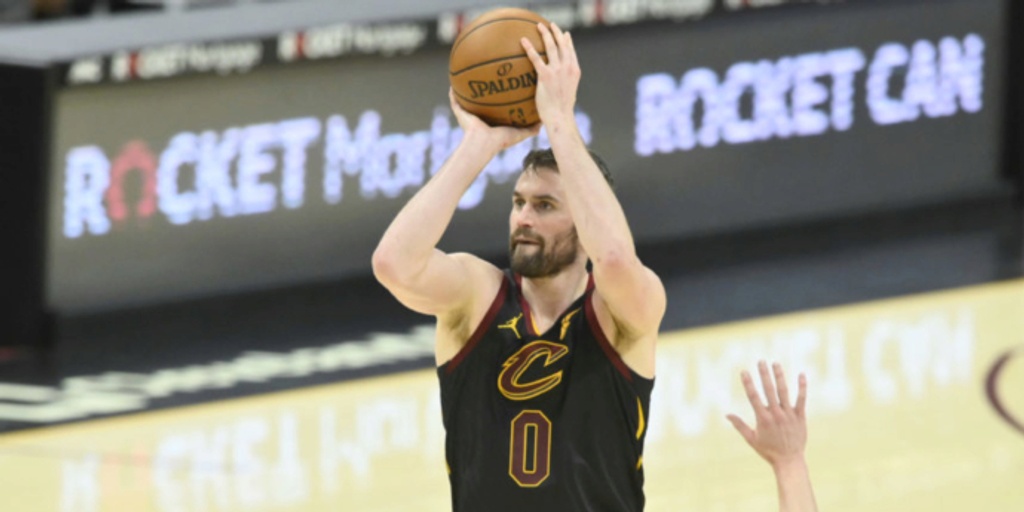 In an interview with our Spencer Davies of BasketballNews.com, a Cleveland Cavaliers team source hinted that Kevin Love's future could still be in Cleveland. "Ideally, per the source, Love sticks in Cleveland and produces at a high-level with the young core," Davies wrote.

The source added, "“Probably at reduced minutes, but more efficient minutes and with a guise to try and get him in as many games as he can play because we're a better team when he's healthy and playing games. We just have to manage that better."

Love appreared in just 25 games this season, averaging 12.2 points and 7.4 rebounds per game. He also caused unrest for demonstrating frustration and smacking an inbounds pass to the opposing Toronto Raptors in April.

But according to Davies, "The source added that if Love was a drain on the organization and had a poor attitude indicative of these 'very highly visible' moments that the Cavs would be thinking about going in another direction. However, they do not see that as the case."

At his exit press conference on May 28, general manager Koby Altman said, “I think he has a place here with us because we need that veteran leadership. When we talk to the younger group about that leadership, Kevin does that for us, and off the court as well. And so we wanted him to be here... We signed him to an extension for that reason, to be here when we want to make that next step."

Love is in the middle of a four-year contract that runs through 2022-23.