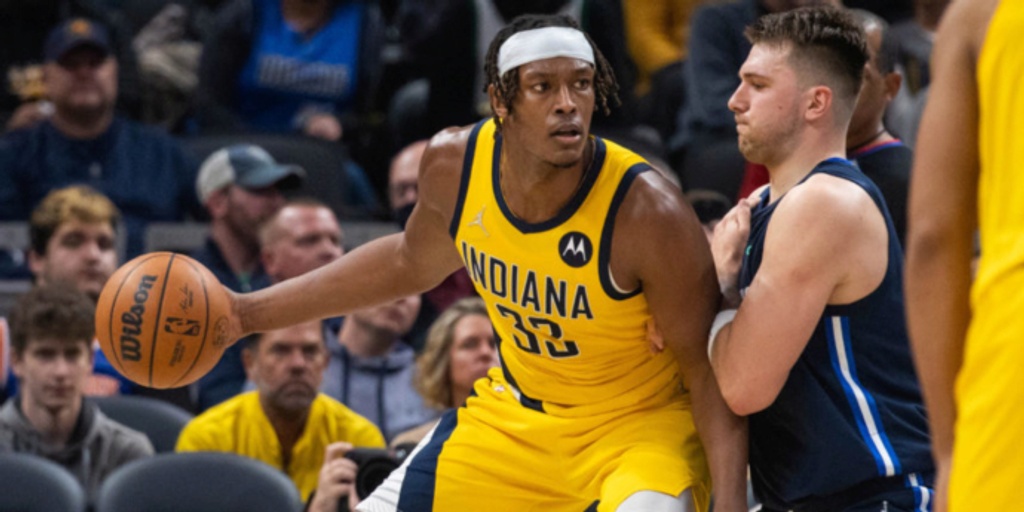 Pacers may hold onto Myles Turner despite offers from Bucks, Pistons

Leading up to the 2022 NBA trade deadline, all eyes have been on the Indiana Pacers since a roster overhaul seemed imminent.

While the Pacers may still flip Rubio's $17.8 million expiring contract before Thursday's deadline, it's possible that they've completed all of their major trades.

In other words, Myles Turner may be staying put in Indiana.

After dealing Sabonis, the Pacers may hold onto Turner and see how he fits with their new pieces. And since Turner is just 25 years old, he's on a similar timeline as Tyrese Haliburton (21), Chris Duarte (24) and Co.

Turner is a big fan of Haliburton's game and is excited about the possibility of playing with the young guard, sources told BasketballNews.com.

This wouldn't be the first time that Turner has popped up in trade rumors and seemed on the verge of being dealt only to remain with the Pacers, and both sides seem fine with continuing this marriage.

A number of teams have expressed interest in Turner, including the Milwaukee Bucks (who reportedly want him to fill Brook Lopez's role) and Detroit Pistons (who reportedly offered Jerami Grant for Turner, which the Pacers rejected).

However, it's unclear if any team has been willing to meet Indiana's asking price of two first-round picks or a promising young player and a first-rounder.