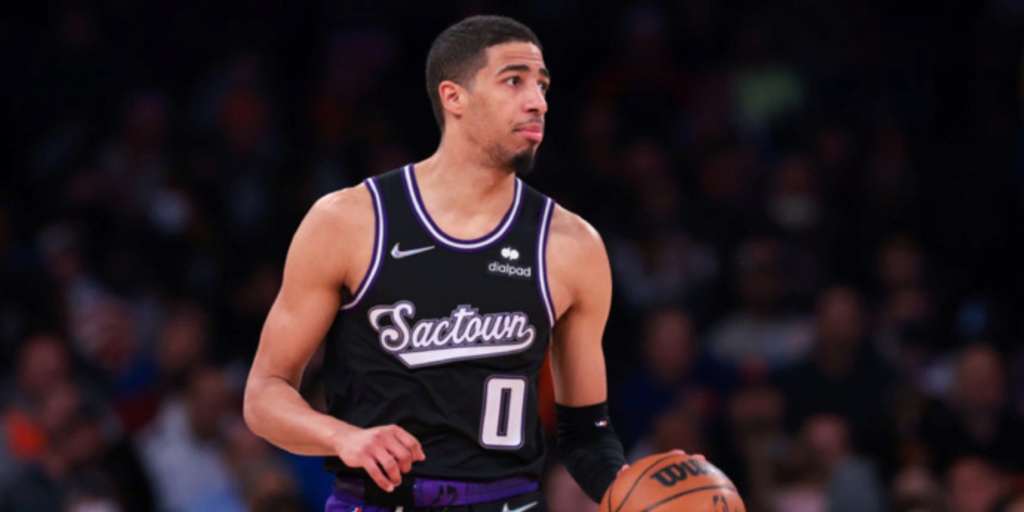 The Indiana Pacers were expected be one of the team making massive moves before Thursday’s NBA trade deadline. Already, we’ve seen two big-time deals from Indiana, as the organization begins a full-scale rebuild for the first time in over a decade.

The Pacers set off the fireworks a few days ago when Caris LeVert was traded to the Cleveland Cavaliers for Ricky Rubio’s expiring contract, a lottery-protected first-round pick, Houston’s early 2022 second-round pick and an additional 2027 second-rounder via Utah.

Indiana followed that up Tuesday with an even bigger transaction, sending out Domantas Sabonis to the Sacramento Kings and receiving an excellent haul for its All-Star center. The Pacers netted Tyrese Haliburton, Buddy Hield and Tristan Thompson in the deal.

The main attraction here for Indiana eyes toward Haliburton, the enticing second-year guard from Iowa State. Indiana is very high on Haliburton to the point where the team didn’t need to receive significant draft capital back in return for Sabonis — a complete pivot from earlier discussions leaguewide.

Pacers head coach Rick Carlisle mentioned last year when he was in Dallas that he believed Haliburton should've been the Rookie of the Year, so the love affair for Haliburton in Indianapolis is abundantly clear on all levels of the organization.

Haliburton checks all the boxes for what a rebuilding team looks for in a foundational building block. So far this season, Haliburton has averaged 14.3 points, 7.4 assists, 3.9 rebounds, 1.7 steals in 34.5 minutes per game. On top of that, Haliburton’s advanced metrics jump off the page for a promising look into how he will function as a primary offensive weapon moving forward. Haliburton is carrying an above-average True Shooting percentage of 58.0%. That's certainly nothing to gloss over when looking into the next step of his career arc, which has flashed already on multiple occasions in Sacramento.

Not only can the wiry playmaker slither around defenses operating as a primary facilitator with an innate basketball IQ, but he’s also more than comfortable playing off the ball to take on highly-efficient perimeter opportunities. With the Kings, Haliburton already displayed that he can function alongside another high-usage guard in De’Aaron Fox; however, when his running mate went into NBA health and safety protocols earlier this season, the second-year guard blossomed.

The Pacers are now is an interesting spot over the next 48 hours. Are they done making moves? I would say it’s doubtful, thanks in large part to how many movable pieces are still at their disposal. Rubio’s hefty expiring could be flipped to another destination to bring aboard another young piece. Torrey Craig is another veteran who could be moved between now and Thursday as championship-level teams search for versatile wings.

Looking ahead into the offseason, Indiana has the potential of stockpiling even more long-term chips thanks to the contracts of Turner, Hield and Brogdon. Simply put, there’s no way the Pacers are done yet overhauling this roster from top to bottom.

All roads lead back to the newly-acquired crown jewel for the Pacers. Haliburton steps into the new vision for Pacers basketball as the primary building block to assemble a roster around.

It’s been a very long time coming for the Pacers to blow it all up. Now, after the moves have been made to shuffle the deck, Indiana has already become a massive deadline winner.

The Pacers never had a shot to make significant noise in the Eastern Conference, which now is littered with real contenders.

No longer is Indiana’s core stagnant. Instead, with Tuesday’s blockbuster, the Pacers now have one of the most intriguing long-term young cores to monitor.