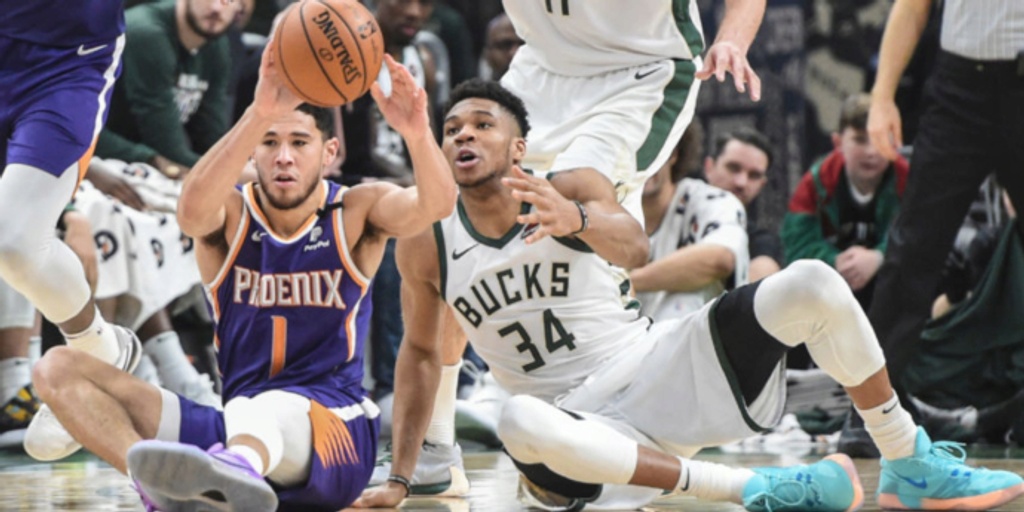 The NBA announced its recipients for the Eastern and Western Conference Player of the Week awards for Feb. 22-28 on Monday, with Phoenix's Devin Booker and Milwaukee's Giannis Antetokounmpo taking home the awards.

The award for Booker makes him a two-time recipient of the accolade, after he previously was honored for his player early on in the month of February. In four games this past week Booker averaged 33 points per game on 53% shooting while leading the Suns to a 3-1 record. Booker was also named an All-Star for the second time in his career earlier in the week, as he will be replacing Anthony Davis as Davis recovers from an Achilles injury.

In the Eastern Conference, Antetokounmpo is also taking home his second Player of the Week honor this season. The two-time MVP has Milwaukee moving in the right direction, as he led the Bucks to three wins during this week, while averaging 37 points per game with 10.7 rebounds and 5.7 assists. The Bucks have quickly turned things around, after navigating through a five-game losing streak earlier in the month, they've now won five straight, and find themselves in third place in the East, behind Philadelphia and Brooklyn.

Here were the other nominees for the Player of the Week: