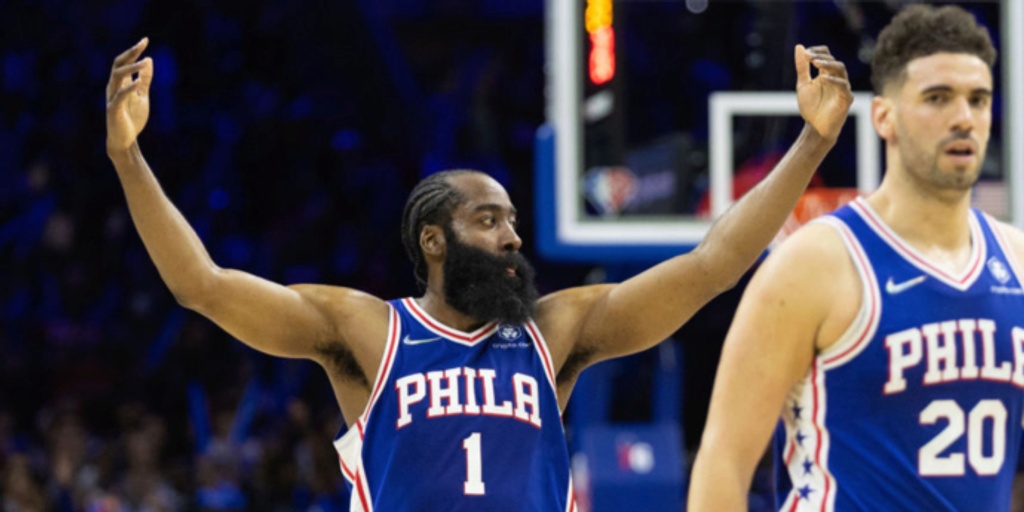 Without further ado, let’s go ahead and dive into the best NBA plays for Monday’s slate.

James Harden is back in the Sixers’ starting lineup after being held out last game for injury maintenance (hamstring). With Harden’s return, it’s hard to envision Philadelphia not being able to cover the 7.5-point spread here. DeMar DeRozan and Zach LaVine will put on a scoring show for the Bulls, but who will be able to stop both Harden and Embiid? The answer: Chicago won’t, so hammer with emphasis Sixers -7.5.

Luka Doncic has been putting up jaw-dropping numbers for the Mavericks since the trade deadline. Averaging almost 40 points per game on a plus-40 usage rate, can this amount of an offensive workload maintain without Doncic wearing down later on? It’s a legitimate question to wonder long-term for Dallas, but not on Monday night. The Luka show keeps rolling with an emphatic, impressive win over the Jazz at home.

I’ve finally come around to where everyone else is on the Lakers from a betting perspective. Avoid the Lakers at all costs, until proven otherwise. Sure, LeBron James is still a fun PrizePicks Power Play option for player props, but everything else around Los Angeles right now is a nightmare. The Spurs are a very feisty team led by Dejounte Murray, and I think they get it done tonight as the home favorites.

No Stephen Curry tonight for the Warriors, which makes this task even more daunting in Denver. The Warriors not having Curry, Klay Thompson or Draymond Green available for this game against defending-MVP Nikola Jokic is a worst-case scenario. Jokic is going to terrorize the shorthanded Warriors from the opening tip and on, so we feel confident wagering big tonight on Denver to pull off the victory.

Stay tuned to BasketballNews.com later this week, because yours truly is diving deeper into the current situation in Sacramento. Since the Kings pushed some chips all-in on All-Star big man Domantas Sabonis, they haven’t really gotten better in the standings. However, viewing it from a long-term lens, the pairing between De'Aaron Fox and Sabonis has been absolutely fantastic. Sabonis allows Fox to be fully optimized as a scorer, which should be on full display Monday night against the Knicks. We’re rolling the dice, but Sacramento feels like the ideal pick to make in this spot.