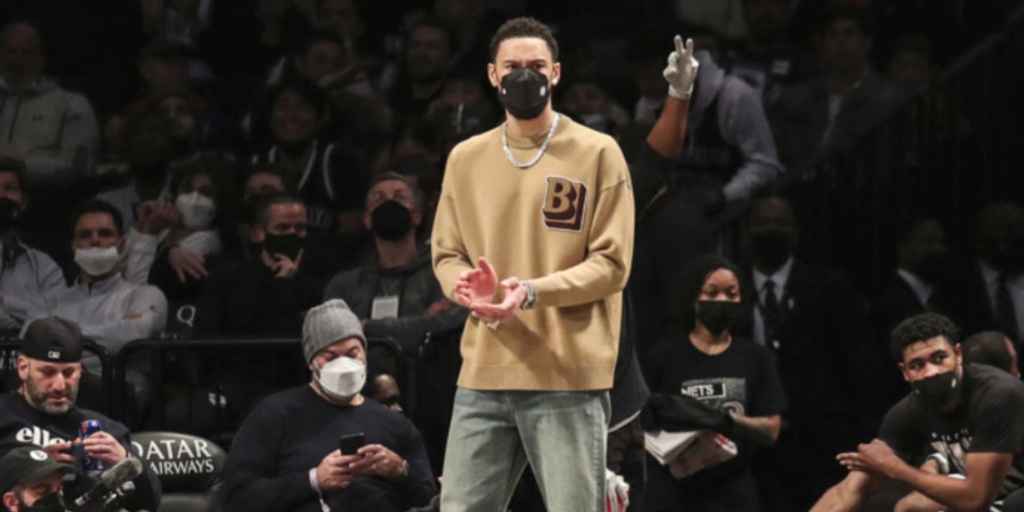 During a recent appearance on "SportsNation," ESPN's Brian Windhorst revealed that Ben Simmons may not suit up in March and he's now considered week-to-week.

Simmons has dealt with back soreness as he attempts to get back in game shape.

"Rich Paul, Ben's agent, told me over the weekend that Ben is now considered 'week-to-week,'" Windhorst said. "He's frankly not close. I don't even know if he's gonna be back in March."

The Nets are still considered one of the Eastern Conference's top contenders despite the fact that they've lost 15 of their last 18 games and sit in the eighth seed. That's because this team could be dominant once they are at full strength with Simmons, Kevin Durant, Kyrie Irving, Joe Harris, Seth Curry, etc.

Last season, Simmons averaged 14.3 points, 7.2 rebounds, 6.9 assists and 1.6 steals with the Philadelphia 76ers, and he finished as the Defensive-Player-of-the-Year runner-up. As our Tommy Beer recently pointed out, Simmons is still an outstanding player, even if this saga has caused some people to forget that.