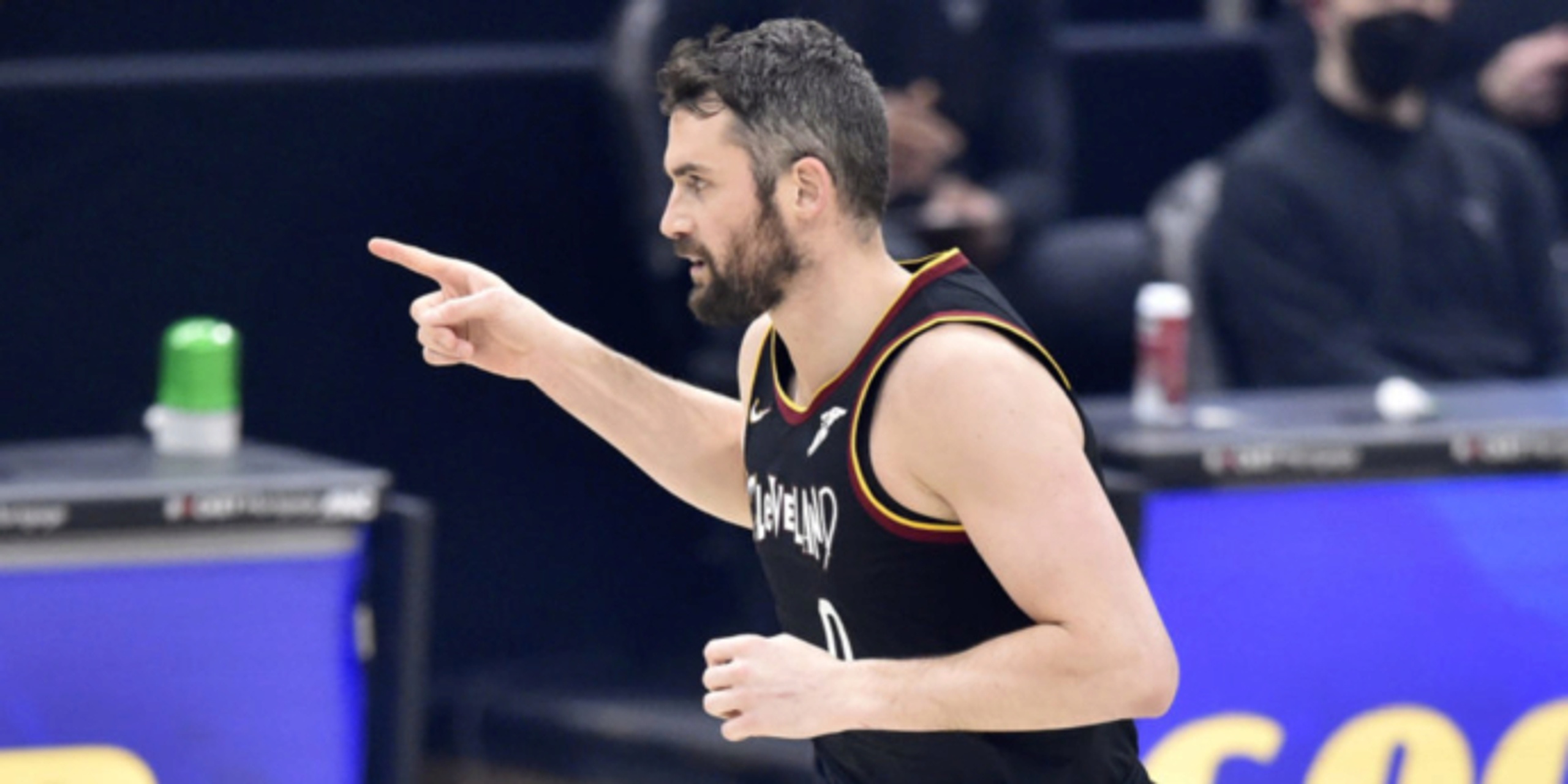 5 names to watch in a potentially fruitful NBA buyout market

In terms of player acquisition, there are a few important dates in the NBA calendar. The NBA Draft and free-agency period kick off the new league year, while the trade deadline is a key benchmark for teams to decide if they are buyers or sellers.

However, there's one more stretch with plenty of player movement and it always seems to fly under the radar: buyout season.

Every year following the trade deadline, bought-out players are signed by teams with playoff aspirations. Teams compete in a pseudo-bidding war for veterans who want a fresh start in a winning environment.

For this upcoming season, there’s potential for the buyout market to coalesce before the regular season even tips off. With that being said, let’s dive into the realistic buyout candidates who could potentially help energize a playoff contender.

What happens next for Love and the Cleveland Cavaliers? They just drafted Evan Mobley at No. 3 overall to be their new franchise power forward. Jarrett Allen re-signed on a five-year, $100 million deal in free agency. Larry Nance Jr. is still around as one of the best backup bigs in the Association. The opportunities for Love in Cleveland are rapidly dwindling away. And it seems like this marriage has been on the rocks for a few years now anyways.

Love’s effort in certain situations has been poor for a team leader, and he would be wise to maneuver a buyout with the Cavaliers’ front office during the 2021-22 season.

In the meantime, is Love really going to accept a bench role for a rebuilding team? (He admitted he'd probably have a reduced role publicly when he was with Team USA, but what's that look like when it actually happens?) Also, are the Cavaliers willing to block much-needed on-court development time for Mobley by putting Love ahead of him on the depth chart?

The answer to both of these should be no, but the biggest roadblock is Love’s remaining $60.2 million salary through the end of the 2022-23 season. Similar to what happened with Blake Griffin and the Detroit Pistons, a mutually agreed-upon buyout should be the next move. The question is: when will that occur and how much money is Love willing to sacrifice — if any — to join a win-now squad?

Recently traded from the Los Angeles Clippers to the Memphis Grizzlies in the Eric Bledsoe swap alongside Patrick Beverley (who was re-routed to Minnesota) and Daniel Oturu, Rondo seems destined for an early-season buyout. He might not even report to camp for Memphis, just like what happened with Andre Iguodala before he was traded to Miami.

Currently, the Grizzlies have 18 players on their roster. Movement needs to occur, and a Rondo buyout is one of the most logical first steps. Although the 35-year-old would be a great mentor for ascending star point guard Ja Morant, a disgruntled Rondo who would rather be on a title contender might not provide much help.

Rondo ending back up with the Los Angeles Lakers, or even another win-now Finals contender like the Brooklyn Nets or Miami Heat, seems like the best bet to place at the moment. Rondo and the Grizzlies are not a perfect match, and it wouldn’t be surprising if the veteran has already made this clear to Memphis' decision-makers. 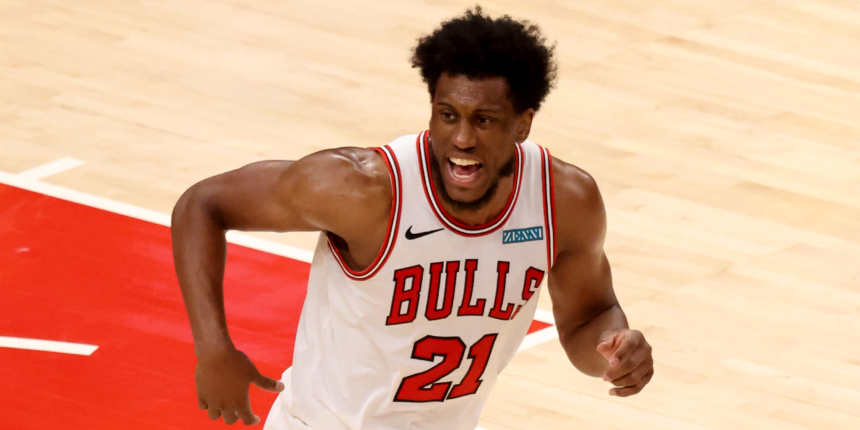 Young was involved in the DeMar DeRozan sign-and-trade that sent him to a rebuilding San Antonio Spurs squad earlier this month. With the Spurs looking more like a potential tanking team than realistic playoff contender, Young would be wise to get out of the Alamo City as soon as possible.

There have already been rumors of the Spurs dangling Young in trades to contenders like the Phoenix Suns, who are in need of one more piece to fortify an already strong second unit. Whether it’s eventually in Phoenix or elsewhere, Young’s leadership, defensive versatility and all-around offensive game allow him to be a snug fit on any roster. Honestly, knowing Young’s value, it wouldn’t be a shock to see San Antonio trade him for a young prospect or a future pick at some point.

However, if the Spurs decide to keep Young until the middle of the season — a realistic possibility with San Antonio seemingly believing that the team can make a playoff push with an extremely inexperienced roster — he instantly becomes one of the best buyout options to keep an eye on.

Is Thompson really going to play an entire season with the Sacramento Kings? I don’t think so. I would imagine Thompson doesn’t want to either.

The Boston Celtics traded Thompson to the Kings in a three-team deal that netted them Kris Dunn, Bruno Fernando and a future second-round pick. Now in Sacramento as the backup to Richaun Holmes, Thompson is another expiring-contract player who could change the fortunes of another organization on the buyout market. Thompson’s strong rebounding ability would help bolster weaker frontcourt rotations.

Looking around the league for potential Thompson destinations via buyout, a few immediately stand out: the Milwaukee Bucks, Chicago Bulls, Denver Nuggets, Los Angeles Clippers, Dallas Mavericks, Golden State Warriors and Los Angeles Lakers. As you can see, a lot of teams that are determined to make a deep playoff run could use a big like Thompson off their bench.

Thompson won’t be an early-season buyout, but he certainly could top the list for realistic options when we get towards March.

Favors was salary-dumped to the Oklahoma City Thunder right after the 2021 NBA Draft so that the Utah Jazz could re-sign Mike Conley without much consequence in the luxury tax. Now, Favors is stuck on a Thunder roster that was constructed with sole intention of tanking for lottery balls. Oklahoma City owns 35 draft picks over the next five years, so their rebuilding stage is still in its infancy.

With two years remaining on his current deal, which includes a $10.2 million player option for 2022-23, Favors may be wise to play the Al Horford role as a veteran leader in Oklahoma City. However, if he would rather forego the money and chase a championship, he instantly becomes an intriguing buyout candidate down the road.

Like Thompson, Favors’ rebounding and defensive versatility would be welcome on any contending roster as a reserve big.

Although the buyout market usually doesn’t pick up steam for another six-plus months, these names are already standing out among the rest as contenders circle rebuilding teams like vultures, waiting for the right opportunity to pry away their win-now pieces.