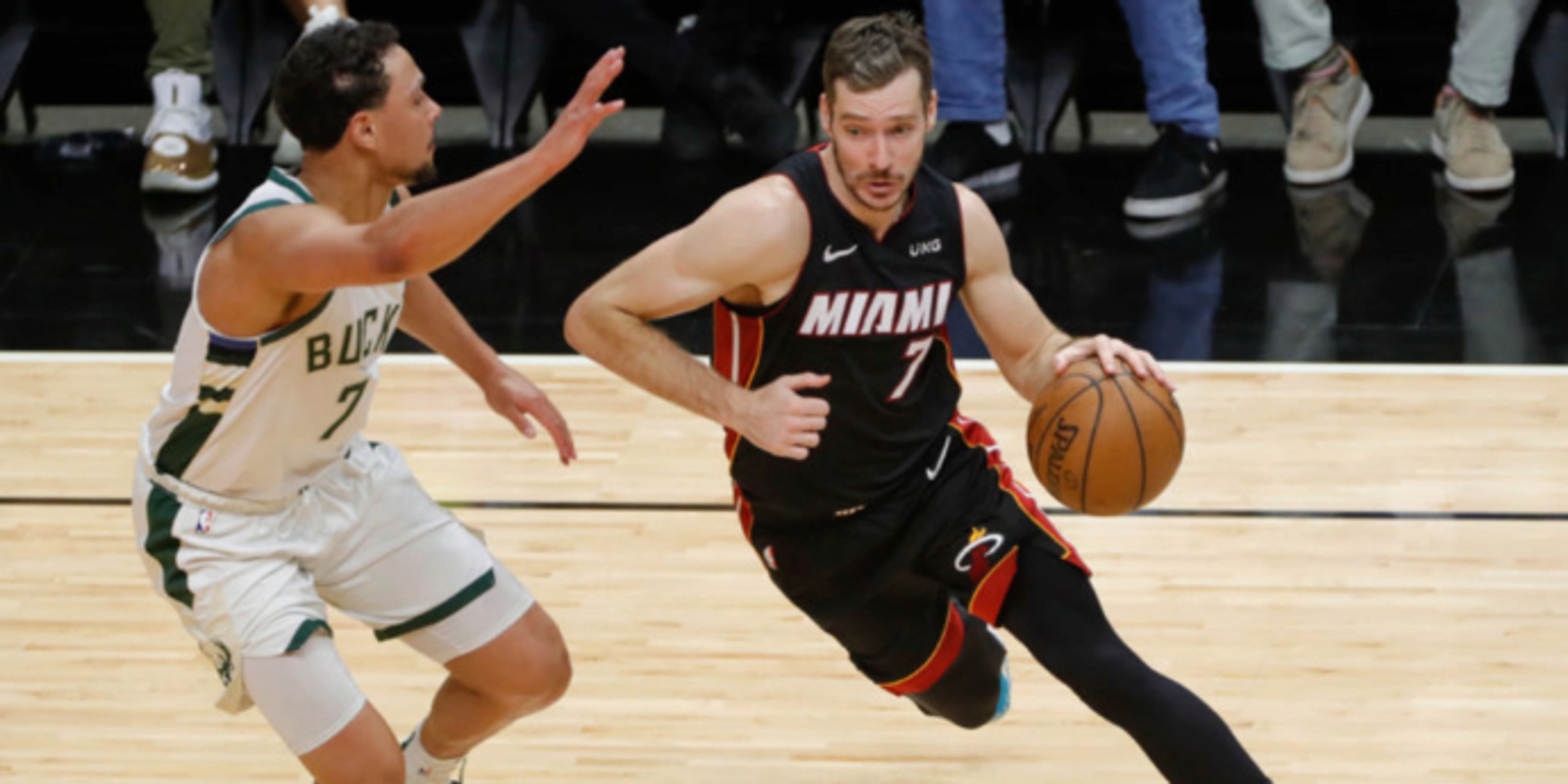 Adios, Miami Heat: Who’s next to go in the NBA playoffs?

By this time next week, we’ll be down to eight teams. We have 15 as we begin this week, with the Boston Celtics, New York Knicks and Washington Wizards on the precipice of elimination, and the Los Angeles Lakers lurking dangerously close to falling into that same sinkhole. Anthony Davis now has the most watched groin in L.A. since Dirk Diggler.

We are rid of the Miami Heat, and damn... that was fast. Wasn’t it just last season that Tyler Herro, Duncan Robinson and Kendrick Nunn were relevant, splashing threes like nobody’s business and stunning the basketball world as they went all the way to the Finals in the Bubble?

Pat Riley has some thinking to do, and he may want to start by questioning whether it was worth it to ditch Kelly Olynyk for an ailing Victor Oladipo at the trade deadline. Rafael Stone looks pretty smart today, and when was the last time we could say that about the Houston Rockets general manager?

The Heat made 11 threes, got a triple-double from Jimmy Butler and a 20-point, 14-rebound performance from Bam Adebayo and still got trounced by the Milwaukee Bucks 120-103 on Saturday, so there is really not any blame to be cast in any one particular direction regarding the Heat. They simply did not have enough to compete with this version of the Bucks, who have unleashed Bryn Forbes on an unsuspecting public. Forbes knocked down 16 total threes between Games 2, 3 and 4; maybe we should have seen that coming after he shot 50% or better from deep in 10 of the Bucks’ final 14 regular season games.

Forbes may be this season’s winner of the Playoff Breakout Award, which went last year to Jamal Murray of the Denver Nuggets. The Bucks now get to cool their heels while they await the finish of the Celtics-Nets series, which should happen Tuesday. Brooklyn dropped 141 points on Boston yesterday and all the postgame talk was about a tossed water bottle rather than Kevin Durant’s 42 points, Kyrie Irving’s 39 points and 11 rebounds and James Harden’s 18 assists. That is a scary good offense when the the team's Big Three is all together, and Bucks-Nets has the makings of an instant classic.

In the West, it’s all about L.A. right now -- from the Clippers’ proficiency in coming back from an 0-2 deficit against the Dallas Mavericks, to the Lakers’ uncertainty after Davis went down with a groin injury and Chris Paul (18 points, nine assists, no turnovers) led the Phoenix Suns to a series-evening victory Sunday that ensures at least two more games of Lakers drama.

LeBron James is not one to go down easily, and the Lakers are still equipped to win if Davis has to miss a game... if Andre Drummond, Marc Gasol and/or Montrezl Harrell are up to the task. What we are learning about the Lakers is that when Alex Caruso is your best guard, there is a roster flaw in which a bunch of very talented big men cannot do everything when an opponent has as formidable of a backcourt as the Suns do.

We will be rid of Russell Westbrook before the day is over -- unless the Wizards unveil SuperGafford tonight in the seemingly fruitless battle to contain Joel Embiid, who is averaging more than a point per minute and has taken 30 shots in the past two games, making 22 of them, including 6-of-8 from three-point distance.

The bracket gods gifted the Philadelphia 76ers a second-round matchup with the winner of the Hawks-Knicks series; that resumes Wednesday, as Julius Randle has morphed from Most Improved Player into milk carton material. At least “Overrated” has replaced that other chant we were hearing in Games 1 and 2 at Madison Square Garden, so thank to the folks in Atlanta for keeping it clean. It’s on Tom Thibodeau now to find somebody to try to neutralize Atlanta’s three-point and rebounding proficiency. Randle has shot only 27.4% in this series, and went a combined 9-for-34 in two games in The A.

Tonight also brings Ja Morant another chance to be the Ja that bowled everyone over in Game 1 of the Jazz-Grizzlies series; it is 2-1 Utah, as the Jazz have welcomed back Donovan Mitchell and put any hurt feelings from his Game 1 last-second precautionary benching behind them. The Jazz got 15 three-pointers from their starters Saturday in a game that was never all that close, and the Grizzlies are clearly overmatched.

If that one ends tonight, Utah will have plenty of time to rest while awaiting the winner of the best series nobody is talking enough about: Denver-Portland. Nikola Jokic had his second one-assist game of the playoffs Saturday, a phenomenon that occurred exactly zero times in the regular season. One week ago, if you had the Nuggets living or dying on the strength of how Austin Rivers played, you were on an island with that one; Norman Powell may end up being the biggest trade deadline acquisition of them all. When the surefire MVP is two losses from heading home having been rendered this ineffective, it says something about Terry Stotts’ coaching abilities at the very least.

We still have more than three weeks until the draft lottery, and the latest possible end date for the NBA Finals is July 22. So remind yourself that we are still just getting started.

Today is Memorial Day in the United States, and it's also the 36th anniversary of the Celtics dropping 148 points on the Lakers in Game 1 of the 1985 Finals. The pandemic has pushed everything back this year, people are out and about with the weather on the upswing, and it remains to be seen whether the NBA will keep us all riveted. The Lakers are in dire straits, the Knicks may no longer be inspiring hope in their followers and Giannis has shown everyone that whoever faces him in the second round is going to have to pay attention to a newer and more improved supporting cast, beginning with Forbes, a Popovich castoff now playing the role of latter-day George Hill.

Let’s just hope we can get though this week without another day of having to pay more attention than necessary to some knucklehead who bought a ticket and could not behave. Right, Kyrie?