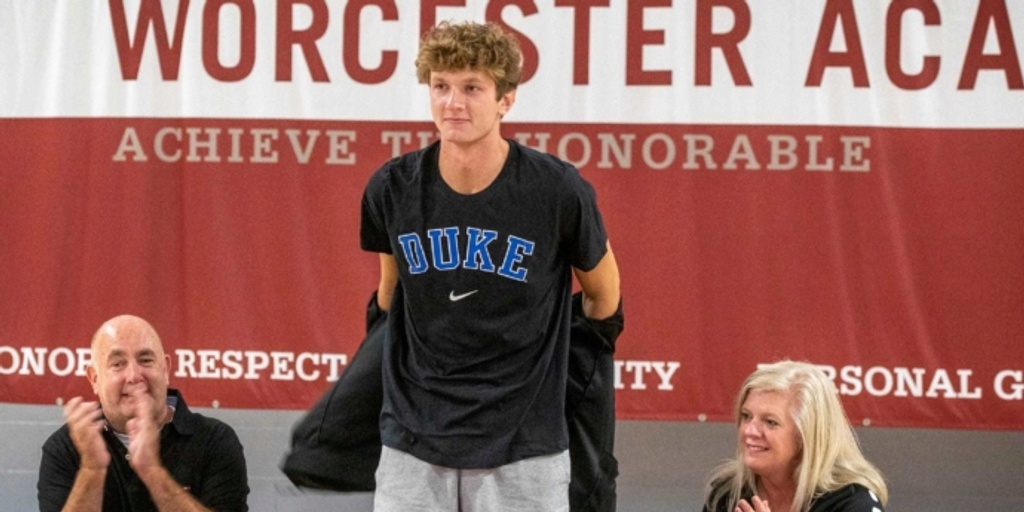 Power, a 6-foot-8-inch forward, is ranked No. 23 in the Class of 2023 by 247 Sports and No. 40 by ESPN. He joins a loaded recruiting class that also included five-star talents Mackenzie Mgbako, Sean Stewart, Caleb Foster and Jared McCain. The 6-foot-8-inch forward was named 2021-22 Gatorade Player of the Year for Massachusetts.

“Ever since I was little, I wanted to play on the biggest stage in college, and Duke is the biggest stage,” Power said after his announcement. “But what’s great about my experience is I didn’t have to sacrifice anything as far as fit [or] relationships. I think the way Coach [Jon] Scheyer wants to play, and the way he's making these classes and this team fits my game. Play fast, move the ball, be able to shoot.

"Our relationship, bottom line, is what got me," Power added. "Him being a younger coach, he's super relatable, and having a chip on his shoulder to step into that position and really prove himself — I can relate to a lot of those same things."