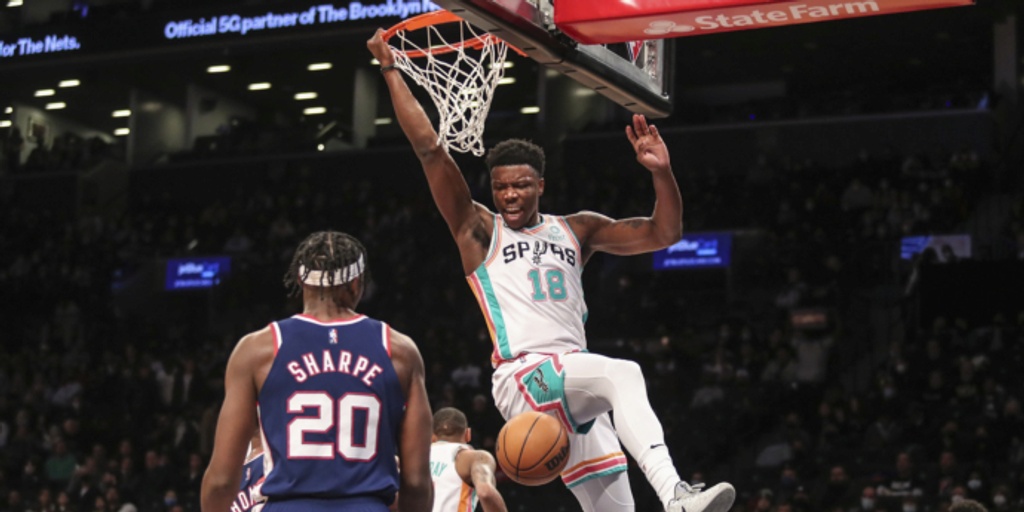 Devontae Cacok has signed an Exhibit 10 deal with the Portland Trail Blazers.

The Portland Trail Blazers are signing forward Devontae Cacok to an Exhibit 10 deal, sources tell @TheAthletic @Stadium. Cacok has played 36 games over the past three seasons for the Spurs and Lakers.

ANALYSIS: Cacok averaged 3.1 points and 2.8 rebounds over 15 games last season with the San Antonio Spurs. The 6-foot-7 forward will compete for a roster spot and hope to add depth to the frontcourt behind Jerami Grant, Justise Winslow, Nassir Little and Trendon Watford.