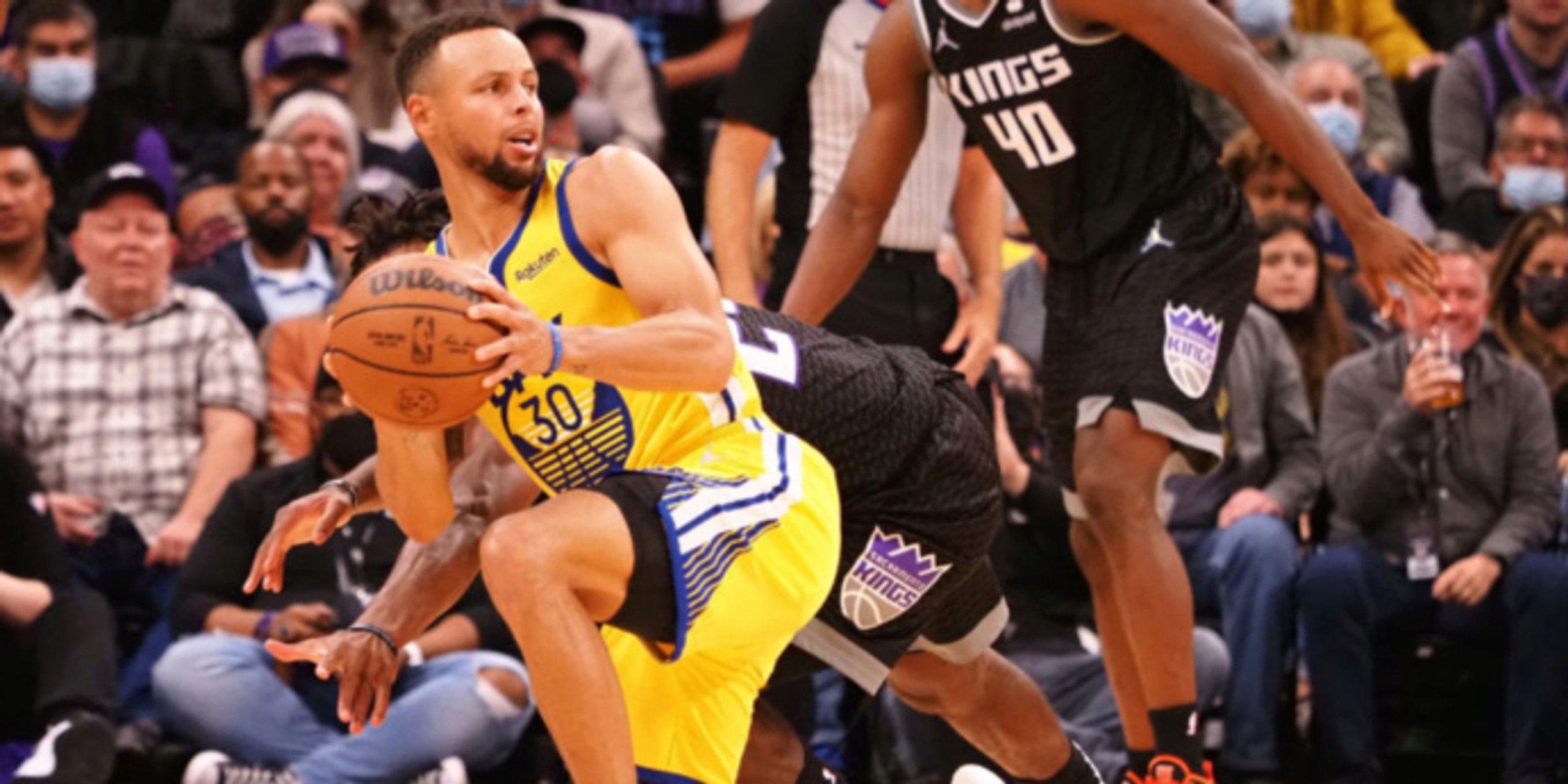 6 observations from the opening weeks of NBA action

Night after night, NBA fans are spoiled by watching these talented, skilled and athletic players grace the court, rewrite the record-books, and put their greatness on display.

That is why this 75th season should not only be a season of appreciation, but one of celebration.

A celebration of how the game has evolved, with past greats giving current stars their well-deserved bouquet of flowers and watching in awe of their envelope-pushing feats and accomplishments. Celebrating those next in line and being optimistically bullish on where they will carry the league next.

The opening weeks of the NBA season did not disappoint, so here are six aspects that have stood out so far.

The Not-So-Curious Case of James Harden

The Brooklyn Nets as a collective group have struggled in the early goings of the season. Their 2-3 record isn’t what’s been expected of them at all. In these five games, despite his 7.0 rebounds and 8.0 assists per game, James Harden is averaging just 16.6 points per game with 35.9/33.3/93.3 shooting splits. Even with the season being only two weeks old, there is a notion out there that Harden’s struggles are — or should be — cause for concern. (Our Nekias Duncan recently did a deep dive on The Beard's early offensive slump.)

Nets head coach Steve Nash refutes that, and affirms his confidence in Harden: “He’s still an excellent player even if he’s not at peak form and we still believe in him. And he will get there in the next few weeks."

After the Nets’ 106-93 loss to the Miami Heat, Harden insinuated that he isn’t fully recovered from his hamstring injury.

Harden is the type of player who plays himself into shape. If he wasn’t 100% healed from the hamstring injury, he couldn’t participate in runs, so the reasoning here is plausible. Plus, it’s also fair to say that Harden is having to, once again, adjust his game. Last season, Harden began to facilitate more to accommodate Kyrie Irving and Kevin Durant, and provided an extra scoring punch when needed. While Harden won’t drop 30 to 40 points on a consistent basis, he will have to pick and choose his moments between deferring and being aggressive in order for the Nets to succeed.

The Charlotte Hornets are a fun watch, but that’s not all they are. At 4-1, Charlotte is off to its best start in franchise history. Last Sunday's upset over the Brooklyn Nets served as the perfect example of what this team is trying to be this season — an athletic, up-tempo and gritty team with the potential to slide into the playoffs. (Our Spencer Davies sat down with PJ Washington to discuss the team's start.)

The Hornets won that game with grit and tenacity on both sides of the ball. Kevin Durant was going to score and impact the game regardless. The Hornets just limited everyone else defensively, stuck with ball movement and made quality shots.

Again, this is a very athletic squad with chemistry that’s getting stronger by the game. While five contests is a small sample size, it doesn’t make what the Hornets are doing any less impressive. What’s interesting to monitor as the season progresses is how this chemistry is tested.  Can the Hornets keep the same camaraderie, bond and energy regardless of the record? Can they find multiple ways to win and carry that into a playoff berth instead of a play-in? We'll see if the League Pass darlings have it in them.

To further complicate matters in Philadelphia, the Sixers’ Joel Embiid is having a slow start in the earlygoing of the season. His struggles should be attributed to a right knee injury he sustained in the season opener-against the New Orleans Pelicans. In Tuesday’s loss to the New York Knicks, Embiid was limited to 14 points on 2-of-7 from the field. According to ESPN’s Ramona Shelburne, Embiid is playing through pain for a reason. He wants the establish leadership — on the floor and off of it.

“He’s playing because Ben Simmons is not playing and they need one of them on the court. He wants to show leadership at this moment, because as you say, you don’t want to fall behind where to where you cannot come back,” Shelburne said.

.@ramonashelburne on Joel Embiid playing through injuries (via NBA Today).

"He told me after this game in New Orleans, he couldn't walk for two days." 😳

While Embiid’s reasoning for playing through his pain is admirable and noble, it may be best for him to sit a few games to give his knee a chance to heal. It’s only the opening weeks of a new season, five games out of 82. An injured Embiid being out there wouldn’t make matters any better for an embattled Sixers team.

What Stephen Curry does on the court shouldn’t surprise anyone anymore. But still, he somehow manages to surprise and continues to push the limits of what’s possible on the floor. Despite poor shooting percentages for his standards (43% from the field, 40% from three), Curry is averaging 30.4 points, 8.0 rebounds, and 6.6 assists per game. Grabbing eight boards a night — which includes the 10-rebound outings he had to start the season against the Los Angeles Lakers and L.A. Clippers — has been a surprise that was very unexpected. When it comes to the impact that Curry’s rebounding has on the Warriors, it can be looked at as a good or a bad thing.

On one hand, it is well known that Golden State is a small team, and rebounding is an area of concern and point of emphasis. It will take an all-hands-and-bodies-on-deck approach for the team to fight for control of the glass, and seeing that Curry is hustling for boards and doing his part is encouraging. On the other hand, a 6-foot-3 point guard shouldn’t be leading the team in rebounds. Others will have to put forth more of an effort on the glass. As a collective unit, however, the Warriors have been rebounding well enough to contribute to their 4-1 record.

For the first time since the Michael Jordan era, the Chicago Bulls began the season undefeated. That was, of course, before losing to the New York Knicks at home on Thursday night. The caveat to this rapid start is that Chicago opened the season with a very soft schedule, playing the Detroit Pistons twice, the Toronto Raptors and the New Orleans Pelicans. However, the schedule does not negate the admirable and noteworthy job the team has done so far.

Right now, the Bulls are third in team plus-minus (+7.8), fourth in defensive rating (100.2) and 10th in assists per game (24.6). The additions of Lonzo Ball, DeMar DeRozan, and Alex Caruso have been proven to be solid, as all three have fit right in. Each player’s skill set complements the other, and just like the Hornets, their chemistry and cohesiveness is growing with every game. The progression of this team, regardless of wins and losses, will be interesting to watch as the season goes on.

The new rules to limit non-basketball moves used to draw fouls, for the most part, have been a welcome change to the game. While the rules neutralized the flopping, it also empowers defenses in other ways. They can be more physical, bumping guys off the perimeter and wearing them down by getting in their jerseys a bit. It also forces those who once benefited from what was neutralized to ball out and open up their bags a bit. What I’m looking forward to seeing is the adjustments offenses will make in response throughout the season, and to see how diverse the tools in the arsenal of skills are — especially with the ones that have been struggling to begin the season. I’d like to see how they will adjust.