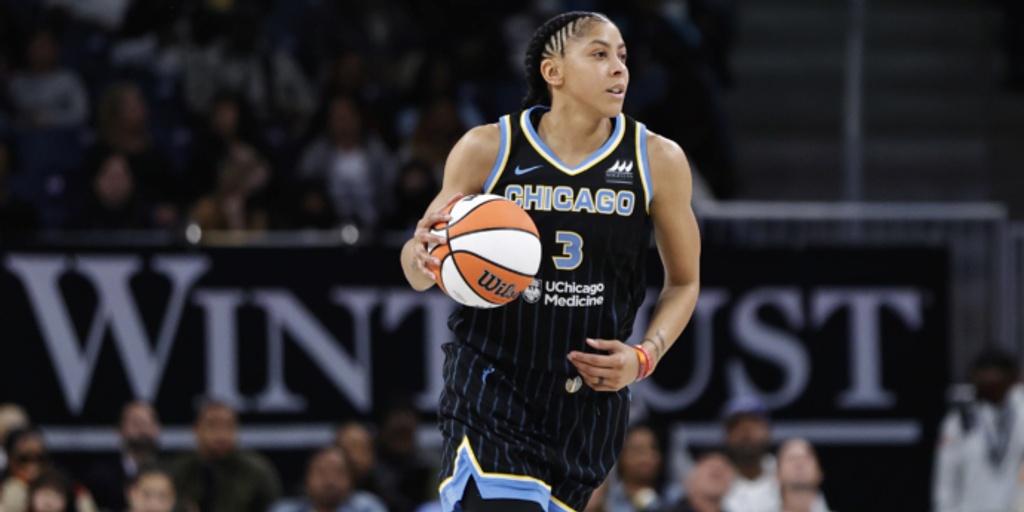 WNBA playoff basketball is finally here! With things kicking off on Wednesday night, I decided to highlight an X-factor I'll be keeping tabs on for each best-of-three first round series.

For Part I of this two-part series, let's kick things off with opening night, which features the Las Vegas Aces taking on the Phoenix Mercury and the Chicago Sky against the New York Liberty.

(For deeper thoughts on each series, listen to our playoff preview on the latest episode of The Dunker Spot.)

KEY QUESTION: Can the Mercury win the paint battle?

It's fair to say that there's a sizable talent gap between these teams as presently constructed. The Aces have an MVP candidate in A'ja Wilson, two All-WNBA team candidates in Kelsey Plum and Jackie Young and Chelsea Gray — a big-shot merchant, premier ball-mover and All-Star-caliber guard in her own right.

The Mercury have been without Brittney Griner all season due to her wrongful detainment in Russia since February. The star backcourt duo of Diggins-Smith and Taurasi was one of the WNBA's best; you don't just replace that blend of shot-making and playmaking on a whim.

If there's a pathway to the Mercury making this series competitive, it's by owning the paint on both ends.

The Mercury have worked the math this season in terms of their shot profile. Roughly 68.5% of their shots have come from the rim or behind the arc, the highest mark in the WNBA per PBP Stats. Since inserting Sophie Cunningham into the starting lineup as a small-ball 4, that number has risen (71.1%).

Much will be placed on the shoulders of Diamond DeShields to act as the tip of the spear for the Mercury offensively. Across the last five games of the season, she led the team in shot attempts by a wide margin. WIth paint pressure specifically, DeShields took 32 shots at the rim (6.4 average) during that stretch per InStat tracking — an impressive number considering she's drawn the opposing team's best perimeter defender.

Beyond her, Shey Peddy (16-5-4 over last five games) will have to keep up her aggression. I've enjoyed the play of Jennie Simms as of late. Teams have attempted to stash their weakest defender on her, and she's made them pay with timely off-ball movement and strength-based drives. There may be opportunities to bully Plum if she draws the assignment, or burn Gray with her off-ball relocations.

The Aces (62.2%) ranked sixth in that shot distribution metric, and have seen their number decline as the season as gone on. You really feel the drop at the rim, specifically.

The Aces' percentage of shots to come at the rim this season:

Because of the talent level of the Aces, they've been able to feast from 8 feet and out. Wilson is a face-up weapon; Young can sprinkle in pull-ups, and Gray might be the best tough shot maker in the league among guards. The three-point shooting for the Aces is self-explanatory with Plum leading the way.

I'm going to be especially interested in the Wilson-Brianna Turner matchup. Turner is one of the best defenders in the sport, and has the length, mobility and discipline to bother Wilson. Quiet as kept, Wilson only averaged 13.3 points against Phoenix this season, easily her lowest average against a singular team this season.

Between Young and Gray (and sometimes Plum) getting "unders" in pick-and-roll — their defender ducking under picks when they call for a ball-screen — and the Mercury finding comfort with zone, it'll be on Wilson to force the issue and dominate inside.

KEY QUESTION: Which frontcourt will show up in space?

It's a niche thing, but it's something my friend Mark Schindler pointed out in his playoff preview and something we fleshed out some on the latest pod episode. From the man himself, on the Sky's offense:

They love to initiate sets from the high post, the slots and the elbows, which makes sense considering Candace Parker and Emma Meesseman are two of, if not the best, at playmaking from those spots in the league.

Anytime the Sky offense has fizzled, it’s been because those actions weren’t respected with an, “Okay, shoot it” mentality. Even with Parker or Meesseman aggressively taking those shots, it takes them consistently punishing a defense over and over again to cause a shift.

The Aces got REALLY good at this and leaned into it during the Commissioner’s Cup Final and their last regular season meeting, and I’d consider it the blueprint to trying to contain Chicago.

Sure enough, you can see the Aces dutifully sagging off and opting to cut off penetration — either drives or off-ball cuts — at the risk of leaving Parker or Meesseman open.

Both bigs are capable shooters; neither are what you would consider a stretch big. It's an additive to what they do, not the main course.

Teams haven't consistently dared them to beat them from deep because they're mostly afraid of giving them free reign to pass without pressure. It's a fair position to hold; no team has scored more off of cuts than the Sky, and they lead the WNBA in assist rate.

The Liberty might make the gamble to dare them to shoot; considering their defensive personnel, they might have to make that gamble in order to prevent the Sky from scoring easy ones.

On the other end, the Liberty's bigs may have more on-ball responsibility. The Sky are one of The W's best defenses, spearheaded by Parker and her ability to hedge on ball screens and make life miserable for ball-handlers. Dialing up the pressure against Sabrina Ionescu isn't an ideal gambit — she's an incredible passer, and has grown more comfortable with traps as the season has gone on — but it's easy to see why the Sky may consider that the best of bad options.

In theory, forcing the ball out of Ionescu's hands will lead to a worse player making important decisions. It takes Ionescu out of her scoring rhythm. And considering the Liberty didn't finish far off from the Indiana Fever in terms of turnover rate, I'd feel pretty good about playing the "Let's alleviate our potential half-court issues by forcing a bunch of turnovers" card if I'm the Sky.

If the Sky come out aggressive defensively, the Liberty's frontcourt will have to keep the chain moving. Pick-and-pops with Stefanie Dolson may need to be fruitful and plentiful. She shot 39.4% from three this season, but did so on fewer than 2 attempts per contest. Her season-high for three-point attempts was 5; one of the two times she hit that mark came against the Sky.

Short-rolling Natasha Howard will need to be in full effect. Han Xu will have to punish rotating defenses if she's the screener for Ionescu. If the Liberty are able to do that, the pathway to an upset becomes more clear.