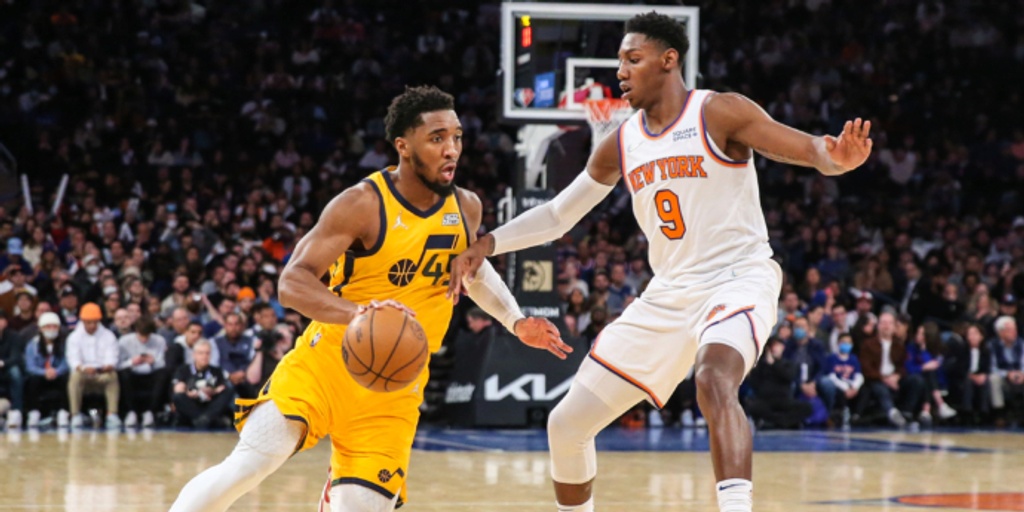 According to Shams Charania and Tony Jones of The Athletic, the New York Knicks have re-engaged with the Utah Jazz on trade talks surrounding star guard Donovan Mitchell.

"The Knicks and Jazz had a fresh trade conversation within the past week about potential packages for Mitchell, according to sources," the story states.

Per the report, the Knicks have displayed obvious interest in Mitchell and were in serious discussions during Las Vegas Summer League before talks stalled for about a month. However, Charania and Jones made it clear that both sides have hurdles to overcome.

"Utah has set a high price threshold for Mitchell, who so far is believed to be comfortable with either outcome of staying with the Jazz or being traded elsewhere," they report.

Mitchell averaged 25.9 points, 5.3 assists and 4.2 rebounds per game with Utah last season, where he has spent his entire career since being drafted No. 13 overall in 2017. The Jazz already made one major move this offseason in dealing Rudy Gobert to the Timberwolves, leading to speculation about their other star's future.

The story also notes that the Charlotte Hornets and Washington Wizards are also pursuing a Mitchell trade.