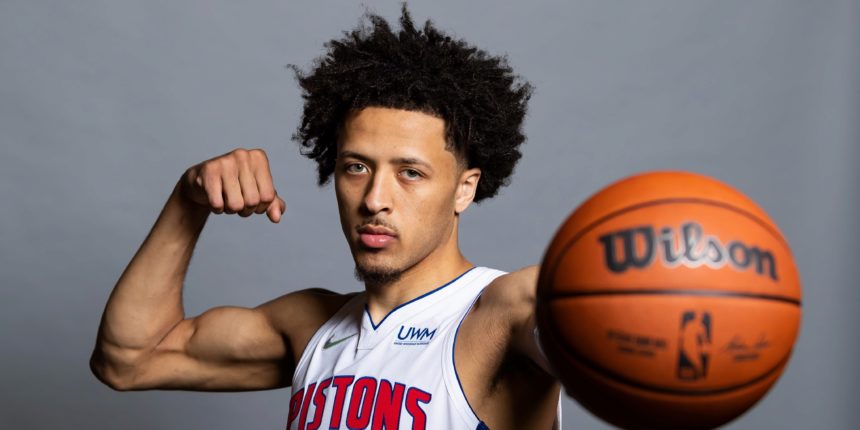 The Detroit Pistons desperately hope Cade Cunningham is the superstar they have been searching for in their long climb back to being a contender.

Detroit took the Oklahoma State star with the first pick and Cunningham looked into the history of No. 1 overall picks in the NBA draft, saying it was fun to do as he entered his rookie season.

The group includes many all-time greats such as LeBron James and some players who haven’t panned out, including Markelle Fultz, who has averaged about 10 points a game since being selected first in 2017.

Cunningham, though, is not motivated or discouraged about the disparate paths of players taken No. 1 overall.

The 6-foot-8 guard, who turned 20 last month, will get a chance to lead a potentially promising young team right from the jump when Detroit hosts Chicago in the season opener Oct. 20.

Cunningham and Co. will have a quest to turn around a franchise that has won just 20 games each of the previous two years and hasn’t had a winning record the past five seasons.

“That’s not going to cut it anywhere whether you’re rebooting, rebuilding, or in our case, restoring,” general manager Troy Weaver said. “We want to win more games than we lose."

The Pistons have earned a spot in the playoffs just twice since 2009, when they ended an eight-year playoff run that included their third NBA championship, two Eastern Conference titles and six trips to the conference finals.

“We definitely want to come in and restore what’s been here,” Weaver said.

While Detroit's roster is young, Casey has 12 seasons of experience as an NBA head coach and believes his team can surpass low expectations.

The Pistons gave Weaver his first NBA general manager job in June 2020, and there is not one player on the roster who was on the team when he was hired.

Josh Jackson averaged a career-high 13.4 points last season for his hometown team, showing some of the promise the Phoenix Suns saw in him when they drafted him No. 4 overall in 2017 out of Kansas.

The 24-year-old Jackson seems to fit in well with this team with some very young players and 30-year-old veterans Kelly Olynyk and Cory Joseph.

“I'm known as the middle child on the team," Jackson said.

The Pistons ranked 10th defensively with Stewart and Grant leading a scrappy, high-energy team. To take a step forward this season, Weaver said Detroit has to get even better without the ball.

“We have to hang our hat on defense," Weaver said. “The strength of our team will be our effort, our energy and our depth."

The Pistons are not not sharing the vaccination rate of their players, but one of them said he didn't have to think long and hard about it.

“My own personal reasons made it easy for me to take the vaccine,” Detroit Pistons center Isaiah Stewart told about 20 journalists in room at Little Caesars Arena. “It was just so I can do things like this and being comfortable and being around my parents, who are older in age, without feeling like I was going to be a threat to them.”