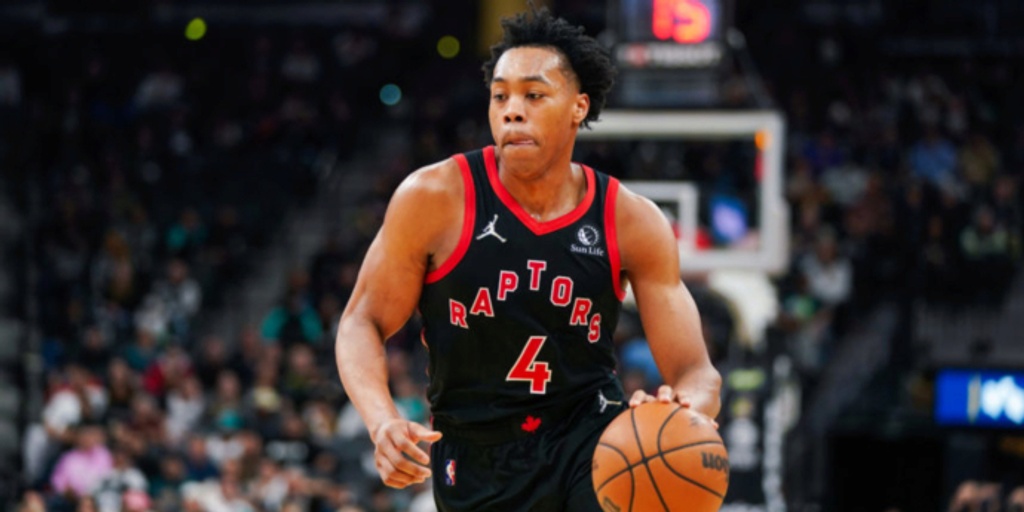 With the 2021-22 NBA regular season in the books, let's examine the numbers and hand out some hardware to the cream of the fantasy crop.

In regards to the NBA's actual Most Valuable Player award, a strong case could be made for several players (as I detailed two weeks ago). However, in the fantasy-hoops universe, Nikola Jokic reigns supreme for the second-straight season. And it wasn't particularly close.

Not only was the Joker durable, appearing in 74 games, but he was remarkably efficient (shooting over 58% from the floor and 81% from the charity stripe). His all-around statistical production was mind-boggling, as he became the first player in NBA history to tally more than 2,000 points, 1,000 rebounds and 500 assists in the same season. As a cherry on top, Jokic saved some of his best work for the fantasy playoffs. Over his last five games, he averaged 37.8 points, 16.6 rebounds, 6.6 assists and 2.2 steals (joining Karl Malone as the second player in league history to record five-straight double-doubles with 35+ points in each game). Whether you played in a head-to-head or roto league, nobody was more valuable than Mr. Jokic.

Detroit's Cade Cunningham, Orlando's Franz Wagner and Cleveland's Evan Mobley all posted impressive numbers in their rookie campaigns, but Barnes wins this race by a nose. Scottie appeared in 74 out of 82 games and became the only rookie since Luka Doncic to average at least 15.0 points, 7.0 rebounds, 3.0 assists and a steal in their first season. Barnes is also the first rookie in Toronto's franchise history to record 1,000+ points, 500+ rebounds and 250+ assists. He finished the season ranked 66th overall in nine-category roto formats.

This is another award that could go to a bevy of deserving players (such as Darius Garland, Jordan Poole and Ja Morant); however, in my opinion, Maxey gets the nod. Due to the drama and uncertainty surrounding Ben Simmons coming into this season, some fantasy pundits pegged Maxey as a late-round sleeper, but nobody could have expected Maxey to step in and step up as he did.

As a rookie in 2020-21, ​​Maxey averaged a modest 8.0 points, 2.0 assists and 1.7 rebounds in 15 minutes a night while shooting just 30% from downtown, which resulted in him ranking 330th overall (behind players such as Edmond Sumner, John Konchar and Dean Wade) in nine-category fantasy leagues. Yet, as a starter out of the gates this season, Maxey averaged 17.5 points, 4.3 dimes, 3.2 boards and 1.8 treys, while converting 48.5% of his field goal attempts and 42.7% of his triple tries (including 48% from deep over the second half of the season). He finished the 2021-22 season ranked 35th overall in total fantasy value (ahead of fantasy stars such as Khris Middleton, Kristaps Porzingis and Domantas Sabonis).

On Monday, the Minnesota Timberwolves announced that they signed Finch to a multi-year extension. And many fantasy GMs surely applauded the decision. The Timberwolves led the NBA in pace (101.47), which is the way into the hearts of fantasy folks. The Wolves also led the league in points per game (115.9) for the first time in franchise history, made three-pointers (1,211) and turnovers forced (1,339). Karl-Anthony Towns, Anthony Edwards, D'Angelo Russell and even Patrick Beverley benefited statistically from Minny's up-tempo offense.

For those of us who invested in JJJ on draft day the last few years, he finally rewarded us with a monster campaign in 2021-22. Jackson was able to stay healthy (making 78 appearances), and not only did he lead the league in blocked shots per game (2.3), he also averaged just shy of one steal and six rebounds. Factor in his effectiveness and efficiency from behind the arc (he knocked down 128 triples), and it's easy to see why Jackson returned fourth-round fantasy value this season.

After Randle finished in the top-40 overall in 2020-21, Knicks fans and fantasy GMs who drafted him back in October were hoping the burly power forward would be able to replicate his shockingly impressive production. Yet, although his counting stats were solid, Randle's field goal percentage dropped from 45.6% down to 41.1%, his three-point percentage tumbled from over 41% all the way down to below 30.8% and his free throw percentage dipped from above 81% to 75.6%. Randle also tied his career-high in turnovers (3.4). Due to the poor shooting numbers, turnovers and lack of defensive stats, Randle ranked 127th overall (or just behind Bruce Brown in per-game value).

Westbrook also badly burned fantasy GMs in 2021-22. Russ racked up plenty of points, rebounds and assists (18/7/7) but didn't come close to matching the 22/12/11 he averaged with the Washington Wizards the year before. In addition, Westbrook's extraordinary inefficiency and high turnover rate ruined many a fantasy matchup for GMs who rostered Russ.

Jones, the 35th overall pick in the 2021 NBA Draft, was a complete unknown to the vast majority of fantasy hoopers heading into the 2021-22 season. He went undrafted in even the deepest of leagues and went scoreless in just three minutes of action in the Pels' season opener. However, due to his defensive tenacity and efficient offense, Jones carved out a role in New Orleans and began being scooped up off of waiver wires nationwide. He had earned a spot in the starting lineup by late November and never relinquished it.

Jones finished the season averaging 9.5 points, 3.8 rebounds, 1.7 steals and 0.8 blocks. He led all rookies in total steals with 130 (50 more than Scottie Barnes, who ranked second) and was third in blocks. According to Basketball-Reference, he is the only rookie in New Orleans' franchise history to tally more than 125 steals and 50 blocks (and just the seventh rookie in NBA history to do so, joining Michael Jordan, Nerlens Noel, Ron Harper, Ben Simmons, Willie Anderson and David Robinson). Of those seven, Jones is the only one to commit 100 or fewer turnovers. Jones finished the season ranked 77th overall in nine-category formats.