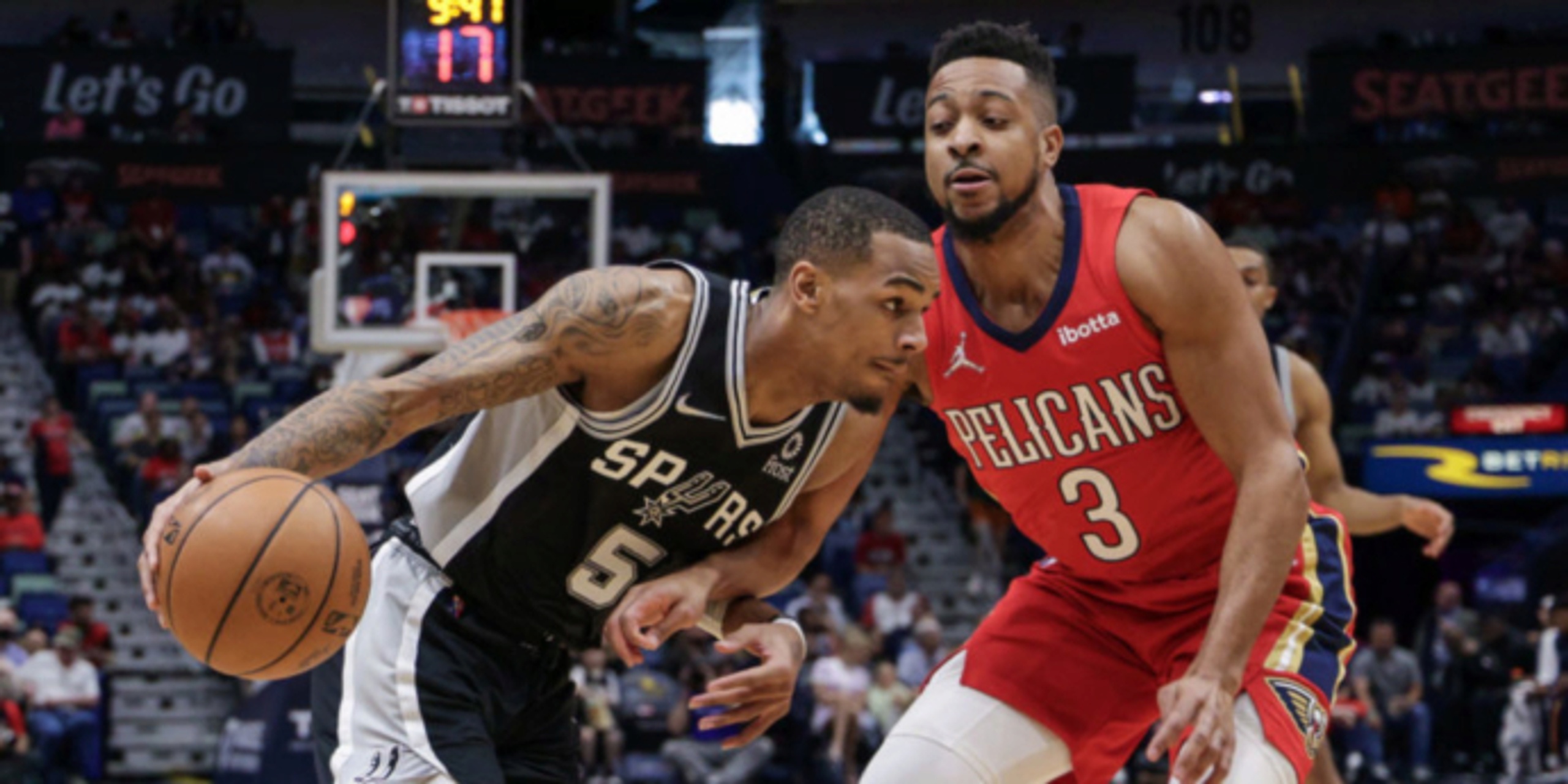 New Orleans first-year coach Willie Green could have been forgiven for wondering what he had gotten himself into early this season.

Star forward Zion Williamson was injured with no clear timeline for recovery, and the Pelicans started 1-12.

Rather than foreshadowing a long year at the bottom of the Western Conference, those setbacks set the stage for New Orleans to exemplify the benefits of patience and perseverance.

Williamson still hasn't played all season, yet the Pelicans have won more games than they've lost since last Thanksgiving. They finished ninth in the Western Conference and will host the San Antonio Spurs on Wednesday night in the first postseason game played in New Orleans since 2018.

“We definitely have resiliency," Green said. "It’s a continuation of trying to build our program, starting with the beginning of this season and how difficult it was to be 1-12, and be at a point where we have this opportunity in front of us.”

While Gregg Popovich is in his 26th season as Spurs coach, is the NBA's career leader in coaching victories and has five NBA championships to his name, his road to the 2022 postseason hasn't been much different from Green's.

The Spurs won just four of their first 17 games and were 16 games below .500 after a loss at Charlotte on March 5. Since then, they've gone 10-8 to sneak into the last Western Conference play-in spot as the 10th seed.

“We’re starting to get better and better,” said Spurs wing player Devin Vassell, now in his second NBA season. “We’re growing as a team. We’ve got a lot of young players, but we’re all developing right now.”

Spurs guard Dejounte Murray has made major strides, becoming a first-time All-Star and averaging 21.1 points, 9.2 assists and 8.3 rebounds this season.

Brandon Ingram has been New Orleans' most productive offensive player, averaging 22.7 points, but he has gotten some help since the Pelicans acquired guard CJ McCollum in a multiplayer deal with Portland shortly before the NBA trade deadline in February.

McCollum, averaging 24 points since the trade, wasn't around for New Orleans' early season stumbles, but was well aware of them.

“It shows you how they stuck together, how they continued to fight through adversity, how much growth the team has had,” McCollum said. "I’m happy I could help get us into this position where we have a chance to get some postseason experience.”

To make it into the first round of the NBA playoffs, the winner in New Orleans must win again on Friday night, on the road, against the Los Angeles Clippers.

The 6-foot-11 Jaxson Hayes, drafted eighth overall in 2019, was inserted into the starting lineup at power forward, and McCollum took over at point guard following his trade. When those two have started alongside center Jonas Valanciunas, Ingram and defensive-minded rookie Herb Jones, the Pelicans are 7-3.

That is the likely lineup against San Antonio. Ingram, who missed the last three regular-season games with a sore hamstring, practiced Tuesday and declared himself ready.

While various injuries have limited that lineup's sample size to 10 games, Green said the way that group plays passes the “eye test.”

“It looks right. It feels right,” Green said. "The numbers kind of solidify what we’re seeing, and we kind of go with that.”

Johnson led the Spurs in 3-pointers, going 159 for 399 after making just 73 in his first two seasons.

The long-range scoring "frankly kind of surprised us all,” Popovich said. “That’s not what we expected him to improve on to that degree.”

During the final weeks of the regular season, the Pelicans relied on significant contributions from three rookies.

The 6-8 Jones, a second-round pick out of Alabama, has started much of the season after demonstrating he could defend many opposing teams' top scorers.

First-round pick Trey Murphy III and undrafted rookie Jose Alvarado also have emerged during the latter portion of the season.

While Murphy has only scored 10 or more points eight times — seven of those instances came in the last 16 games, including a high of 32 points.

Alvarado seldom played prior to January, but now has 16 games with two or more steals, including a high of six. He has scored more than 10 points 12 times since Jan. 20, with a high of 23, and routinely plays meaningful minutes in the fourth quarter.

“You see the strides throughout the year, especially Trey Murphy in these last few games,” Ingram said. “Jose is getting more confidence shooting the basketball and Herb has been playing like a professional since he’s been here.”

The Spurs say they have become more poised in late-game situations. They blew numerous fourth-quarter leads early this season, but have closed out some critical wins in recent weeks, including a 107-103 victory on March 23 in New Orleans.

“That’s something I’ve really been saying since Day One: We’re young, we’re still growing,” fourth-year guard Lonnie Walker said. “We’re starting to get used to (close games) and have that type of mindset — locked in — those final moments.”