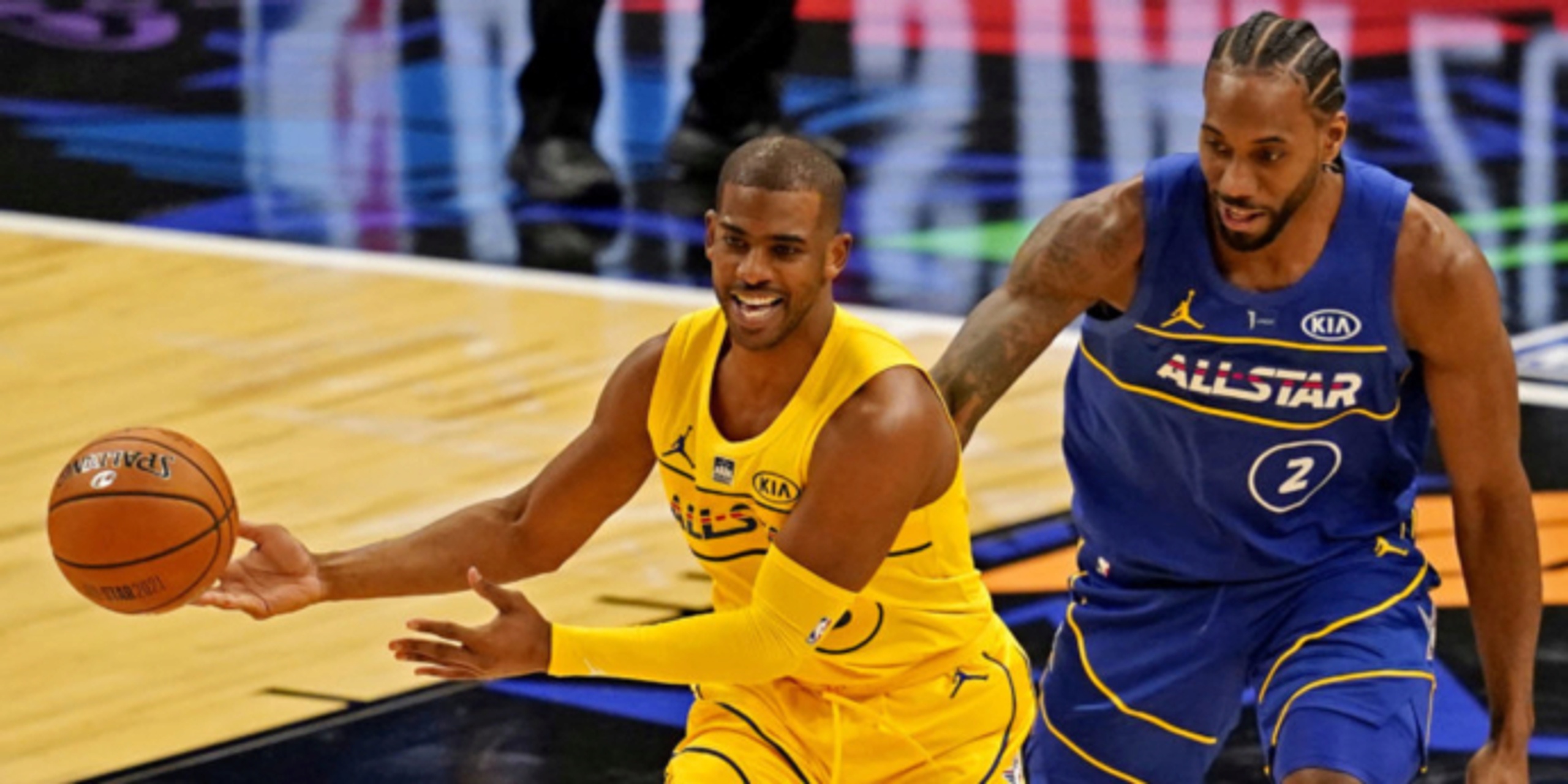 2021 NBA free-agent rankings: The top-10 players on the market

The NBA's 2021 free-agency period begins in less than a month, as teams will be able to start negotiating with free agents on August 2 at 6 p.m. EST. (There will be a moratorium period until August 6, at which point teams can officially sign free agents.)

Here are the 10 players expected to top most team's wishlists:

Leonard can exercise his $36 million player option for the 2021-22 season or become an unrestricted free agent this summer. If his preference is remaining in Los Angeles, Kawhi could opt-in and immediately sign a four-year extension worth approximately $181.5 million. Leonard might also consider inking a two-year, $80.6 million contract with a player option for the second year. This would allow Kawhi to decline the option next summer and, according to ESPN's Bobby Marks, sign the largest contract in NBA history: $235 million over five years.

Leonard's future is clouded a bit by the torn ACL he suffered in the playoffs; however, Kawhi is one of the very few players in the league who could demand (and receive) max money even as he is recovering from a serious knee issue. As a reminder, Leonard is one of only three players in NBA history with a Defensive Player of the Year award, Finals MVP award and All-Star Game MVP award on his resume. The others are Michael Jordan and Giannis Antetokounmpo (who just joined the exclusive club this month).

Six months ago, it was considered a foregone conclusion that CP3, at age 36, would opt-in to the final year of his contract, which is worth a whopping $44.4 million. Last year, Houson Rockets owner Tilman Fertitta reportedly characterized Paul's contract as "the worst that he'd ever seen in business or sports."

Fast-forward to today, and Paul — after a phenomenal regular season and an even more impressive playoff run — had the Phoenix Suns within two wins of a championship. As a result, it has been rumored that CP3 intends to sign a new multi-year deal worth north of $100 million.

Despite having celebrated his 35th birthday in March, Lowry is still playing at a very high level, having averaged 17.2 points, 7.3 assists and 5.4 rebounds on 43.6/39.6/85.7 shooting splits in 2020-21. When asked about his future plans after the season ended, Lowry seemed to hint his days in Toronto may have come to an end.

"Money talks, and years talk, and all that stuff," Lowry said. "Let's be real. I play this game for the love of the game, but at the end of the day, I want to make sure my family is still taken care of for generations and the time to come. Even though they are now, I wanna continue to be able to do that for my family, and when I pass away, [their families]." 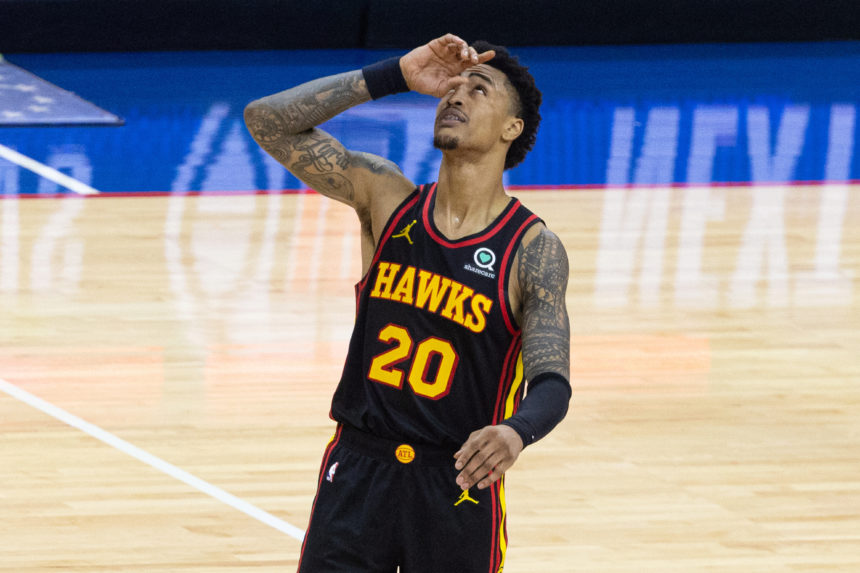 He'll have plenty of suitors in free agency, but the Hawks can match any offer he receives. Expect them to do just that, as Collins (at just 23 years of age) was a vital part of a team that advanced all the way to Game 6 of the Eastern Conference Finals. Collins has said he hopes to re-sign with Atlanta this summer.

Conley is coming off a fantastic season in Utah in which he earned his first All-Star berth while averaging 16.2 points, 6.0 assists (versus just 1.9 turnovers), 3.5 rebounds and career-high 2.7 three-pointers, while shooting over 44% from the floor, 41% from downtown and 85% from the free-throw stripe. On the flip side of the coin, Conley will turn 34 before the start of next season and has a problematic injury history. Conley missed 25 games due to injury this past season, and hasn't played in more than 70 games in a single season since 2013-14. Nonetheless, according to Tony Jones of The Athletic, the Jazz "will make every attempt" to bring Conley back to Utah.

DeRozan, a mid-range assassin who will turn 32 next month, continues to get buckets efficiently. Over the last two seasons, he's averaged 21.9 points per game while converting 51.4% of his field goal attempts and 86.2% of his free throws. In addition, DeRozan has been durable throughout his career and has increased his worth by improving as a passer. In 2020-21, DeRozan averaged a career-high 6.9 assists per game.

After landing in Cleveland as part of the Brooklyn Nets' trade for James Harden, Allen was a force inside for the Cavs. He averaged 13.2 points, 9.9 rebounds, and 1.4 blocks in 51 games (40 starts) for Cleveland. Having just turned 23 years old in April, there will be widespread interest in Allen's services. Chris Fedor of Cleveland.com predicted that Allen might receive offers north of $100 million. The Cavs traded a 2022 first-round pick to the Rockets to acquire Allen, and he played very well alongside the team's young core, so it's safe to assume they'll match any reasonable offer he receives. 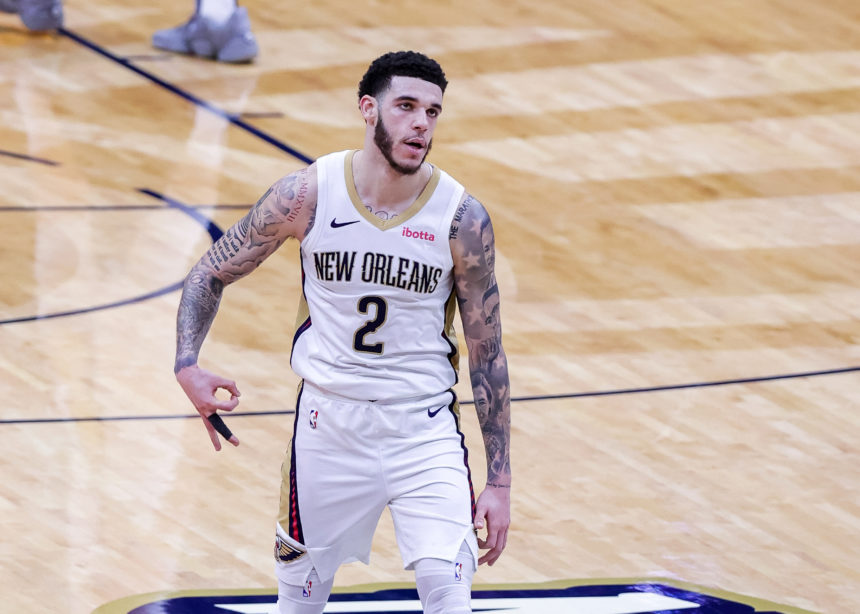 Ball is one of the more polarizing free agents on the open market. After shooting just 45% from the free-throw line and 30.5% from downtown as a rookie, Lonzo re-worked the form on his jumper and has made impressive improvements as a shooter. In 2020-21, he posted career-highs in field-goal percentage (41.4%), three-point percentage (37.8%) and free-throw percentage (78.1%), to go along with 14.6 points, 5.7 assists and 4.8 rebounds per game. Ball, who averaged 1.5 steals and 2.5 deflections in under 32 minutes per contest, is also a solid defender. Will he continue to improve?

It's also worth noting that Lonzo has a close relationship with the face of the franchise in New Orleans. "I really would want Zo to come back. He knows that," Zion Williamson said in May. "Zo is a grown man, so he'll make the decision that's best for him. The only thing I can say is, I hope he stays." It will be very interesting to see if another team is willing to approach $100 million, and if such a lucrative contract would scare off the Pels.

After turning down a contract extension during the 2020-21 season worth $84 million over four years from the Lakers, Schroder is reportedly "expecting" to sign a deal in the range of $100-$120 million this summer. The Lakers are in a tight spot considering they are a win-now team with limited options in free agency. They will likely be willing to overpay to keep Schroder on the squad; however, Los Angeles will be hard-pressed to ink Schroder to that massive number following his relatively disappointing and inconsistent play during the regular season and playoffs.

As we know, capable long-range shooters are highly valued in today's NBA — and Robinson has established himself as a lethal long-distance gunner. This past season, Robinson knocked down his 500th career three-pointer in just his 152nd career game, becoming the fastest player in NBA history to connect on his 500th triple (ahead of Luka Doncic and Damian Lillard, who rank second and third, respectively). Robinson, who has played in 147-straight games dating back to 2019, is also one of only three players in NBA history to average more than eight treys per game and shoot above 40% from downtown in multiple seasons. The other two players in this elite club are the Splash Brothers, Steph Curry and Klay Thompson. Granted, Robinson doesn't bring much to the table besides three-point marksmanship, but remember that the Wizards agreed to sign Davis Bertans to a 5-year, $80 million deal last summer.